By Emmanueldavoz35 (self media writer) | 2 years ago 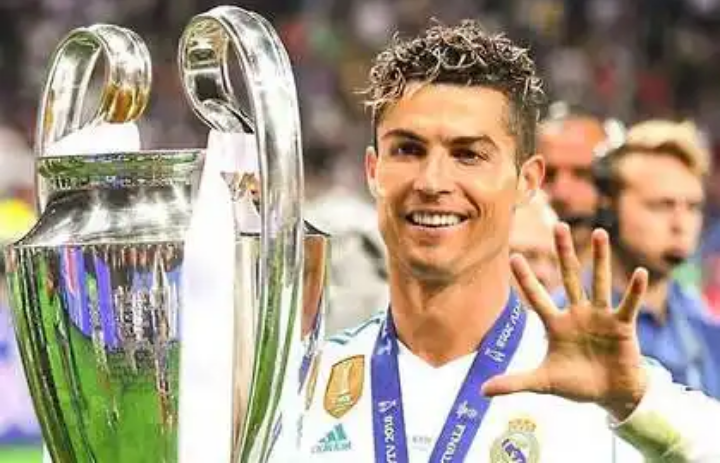 Cristiano Ronaldo and Lionel Messi are both considered to be the best football players in the world.

These players have broken and created records that might be impossible to reach by anyone else.

But today we are going to take a look at some great records set by Cristiano Ronaldo. In December 2016, there was zero doubt in the minds of anyone that Ronald would win the Ballon d'Or.

He'd guided Portugal to success at euro 2016 and Real Madrid had secured another Champions League crown in 2015/16.

But to beat Messi by 429 points is still a massive achievement. Even during the era of their duopoly, Ronaldo managed to record the most one-sided Ballon d'Or win ever, impressive stuff. The hallmark of consistency.

3. Oldest player to score a hat-trick at a FIFA World Cup Scoring a hat-trick at a World Cup match is a dream for many players.

At the 2018 FIFA World Cup, Christiano Ronaldo scored thrice against Spain to avoid Portugal from suffering a defeat. It was a titanic performance from Ronaldo. A one-man show from one of the biggest stage of all.

At 33 years and 130 days, Ronaldo became the oldest player to score a hat-trick in a world cup.

2. Most different national teams scored against On Saturday, Cristiano Ronaldo scored his 94th career International goal to seal a 3-0 win against Luxembourg. But Luxemburg is not the first team to be subjected to Ronaldo's demolition. And they almost certainly will not be the last.

He has now scored against 40 different teams while playing for Portugal.

1. Only player to score in ten consecutive International competitions A player of Ronaldo's caliber does not shy away from any challenge presented to them. The fact that Cristiano Ronaldo keeps breaking records highlights his focus on being at the very top.