By Michealchinedu15 (self media writer) | 1 year ago 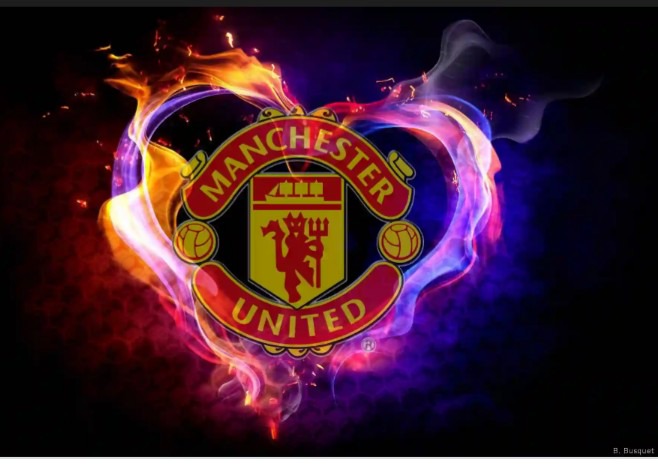 Manchester United are one of the biggest clubs in the world and over the years have become known for splashing the cash in the transfer window.

In the spell following Sir Alex Ferguson'stenure in particular, hundreds of millions of pounds have been spent on superstar talent, some of whom have flourished while others have flopped.

However, they are also active when it comes to selling players whether it be due their superstar status like the number one on our list, or due to their failings.

Here are the top 10 sales Man Utd have made in their history.

The saddest part about the Argentine’s career at Old Trafford is that you’ll be hard-pressed to find a more talented and complete midfielder to play for the club since.

Veron arrived for just over £28m fromLazio in the summer of 2001.

Ferguson wanted to add another option to Paul Scholes and Keane, and he made a rare move for a genuine world class talent.

The Argentine wasn’t suited to the pace and physicality of the English game, and after just seven goals in 57 Premier League games, he joined Chelsea for a £13million loss two years later.

Blind was relatively solid if uninspiring during his time at Manchester United. A consummate professional with a lovely left-foot, yes, but he sometimes struggled with the pace of the Premier League.

The fact he was continually switched from centre-back to left-back didn't help matters too much.

After a spell away from Ajax, he would return to the club for £16m as Man Utd actually made a profit on him.

If Welbeck didn't come through the Man Utd academy he would have left the club long before he eventually did.

A decent, athletic player on his day, Welbeck's entire career has been ravaged by injuries and Arsenal eyebrows were raised when Arsene Wenger sanctioned his purchase on deadline day.

He has since left Arsenal to play for Watford and now Brighton.

Ferguson would later admit that one of his biggest regrets as Man Utd manager was agreeing to sell Stam to Lazio in 2001.

The big Dutchman was one of the best centre-backs in the world at the time, but the pair fell out over comments made in Stam's autobiography.

Lazio got him for £16m which was an absolute steal.

Signed for £25m, big things were expected of Depay upon his move to Old Trafford, but he failed to deliver upon such expectations during his short stint at the club.

Given the famous number 7 shirt, Depay couldn’t live up to the prestige of those before him, scoring just two Premier League goals and assisting none in his only full campaign at the club.

Not only was Depay a flop at the club, but he also failed to recoup much of the fee the club paid for him, with Man Utd selling him to Lyon for around £17m in January 2017. 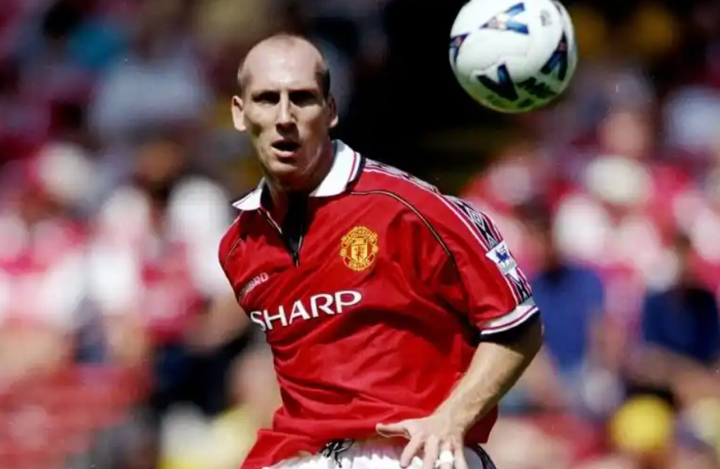 Schneiderlin, though a serviceable midfielder, was never Manchester United quality so it was no surprise that he only lasted two-and-a-half seasons at Old Trafford before being moved on at a loss.

The Frenchman wasn't great at protecting the Man Utd defence and wasn't particularly creative either and was eventually sold to Everton.

He has since returned to France with Nice. 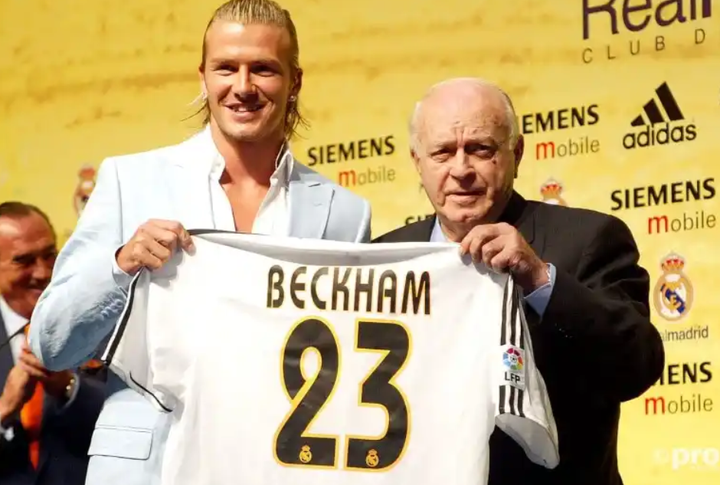 Beckham was already a global superstar when Real Madrid decided to make him the next Galactico with a £25m purchase in 2003.

The England star had already achieved every possible with Man Utd including a treble in 1999 and as his relationship with Ferguson soured, a departure seemed likely.

He very nearly joined Barcelona that summer before they opted to sign Ronaldinho instead. 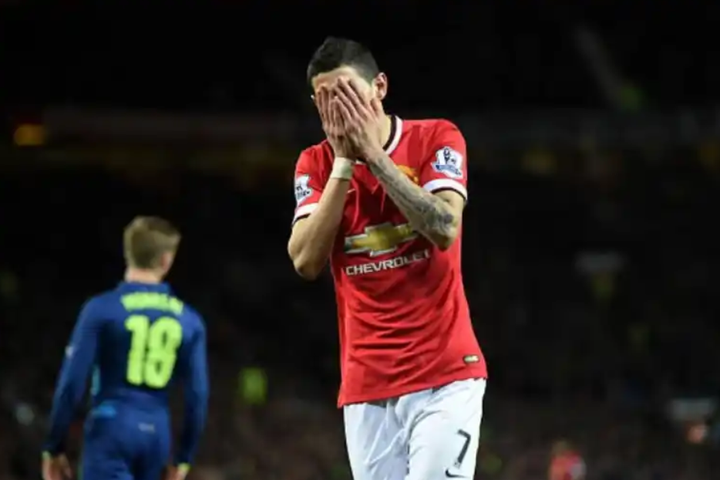 On the face of it, the signing of Di Mariain the summer of 2014 made perfect sense. He was their record transfer at the time at £59m, having just helped Real Madrid to the Champions League with a man of the match performance in the final.

There were similar issues to Juan Sebastian Veron in that he struggled to adapt to his surroundings, and his house being burgled certainly didn’t help him settle.

But if Louis van Gaal expected Di Maria to lead the team into a new era, he signed the wrong player. Having played alongside Cristiano Ronaldo and Lionel Messi, he impressed away from the limelight and struggled with the pressure of being the club’s main man.

He was sold to Paris-Saint Germaineventually.

Nobody at Man Utd will probably admit it including now-manager Ole Gunnar Solskjaer, but the decision to sell Lukakuat a loss to Inter was probably a poor one.

The Belgian has gone on to take Serie A by storm and was key in Inter halting Juventus' decade-long dominance of Italian football by helping the Nerazzurri win the 2020/21 Scudetto.

Under the correct management, Lukaku could have found his best form at Old Trafford instead of Italy. 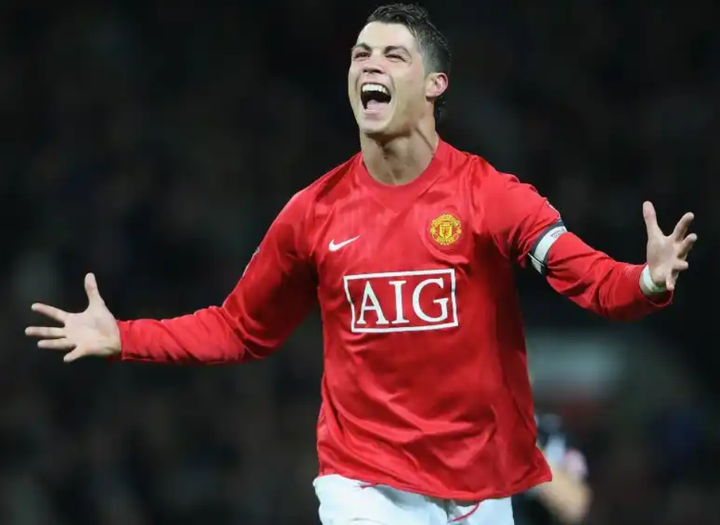 Is it possible for someone to outgrow Manchester United? If there was anyone capable of it it was Cristiano Ronaldo, who left the Red Devils in a world record fee to Real Madrid in 2009.

Ronaldo is now Real Madrid's greatest every goalscorer both in La Liga and the Champions League and will go down as one of the greatest players in the history of the sport.

He may have made his name at Man Utd, but he became a football legend in Madrid.

Content created and supplied by: Michealchinedu15 (via Opera News )