After Tottenham Beat Leicester City, This Is How The English Premier League Table Looks Like.

By Nigersports (self media writer) | 1 year ago

"After Tottenham beat Leicester City, this is how the English premier league table looks like."

It was the 3rd game of Game week 37 and Tottenham did all they could to beat the Foxes.

Below is how the English premier league table looks like after Tottenham beat Spurs. 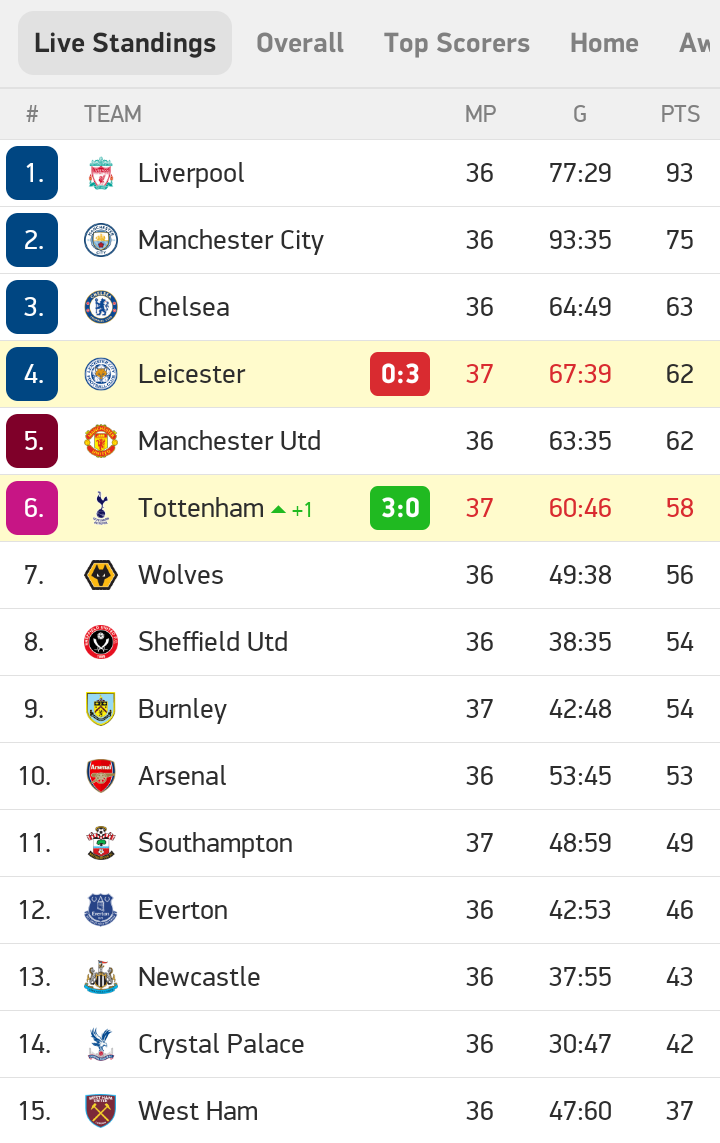 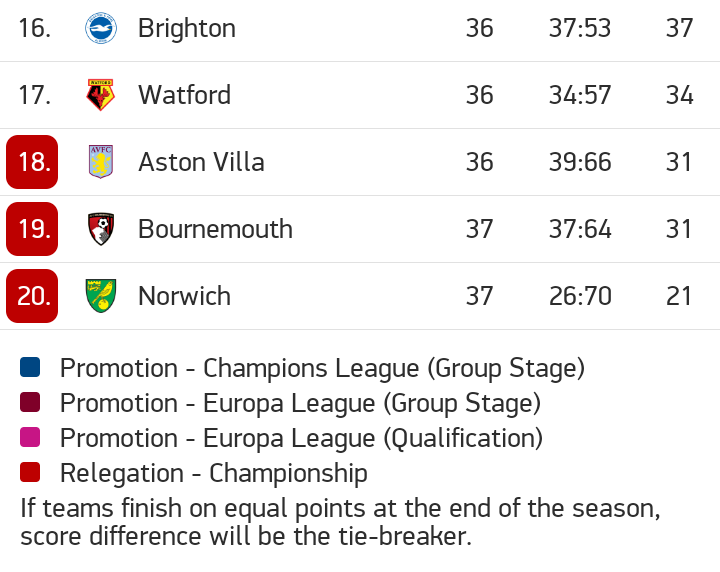 As can be seen in the table above, Southampton is now in 11th position after winning Bournemouth. With only one game left for the season to close, Bournemouth's fate depends on the outcome of Watford's match. If they win or get a draw, Bournemouth will be relegated.

Tottenham's victory over Leicester City has placed them in 6th position. Spurs have leapfrogged Wolves for now and are only 4 points behind Manchester United with only one game left.

This is how the table is for now after Spurs beat Leicester City.

We await the other games to be played.