Manchester United Will Finish In 3rd Position: Only By These Seeming Certainties (Opinion)

By AficionaDoRo (self media writer) | 2 years ago

Manchester United's race in qualifying for next season's Champions League, may seem not completely possible but they've still got to put up the "Never Give Up" attitude by capitalizing on their favorable remaining round of fixtures.

Battle For The Third And Fourth Place:

Fortunately (or rather unfortunately) on Monday, Manchester City saw a successful appeal against a two-year ban from European club competitions by the Court of Arbitration for Sport.

The Drama Continues: This sees Chelsea, Leicester City and Manchester United battling for who will make it to the Champions League with the two vacant spots up for grabs. While on the cool side, Champions Liverpool and second placed Manchester City already sees themselves daydreaming about who they will be playing against in the annual tournament's next edition. Out of the trio, Chelsea and Leicester City looks the sides to drop more points base on their current form and prospective opponents. The top four hopefuls ended the Matchday 36 fixture with vital wins, without conceding any goal. Check out the Score lines and their position in the top half of the League table: 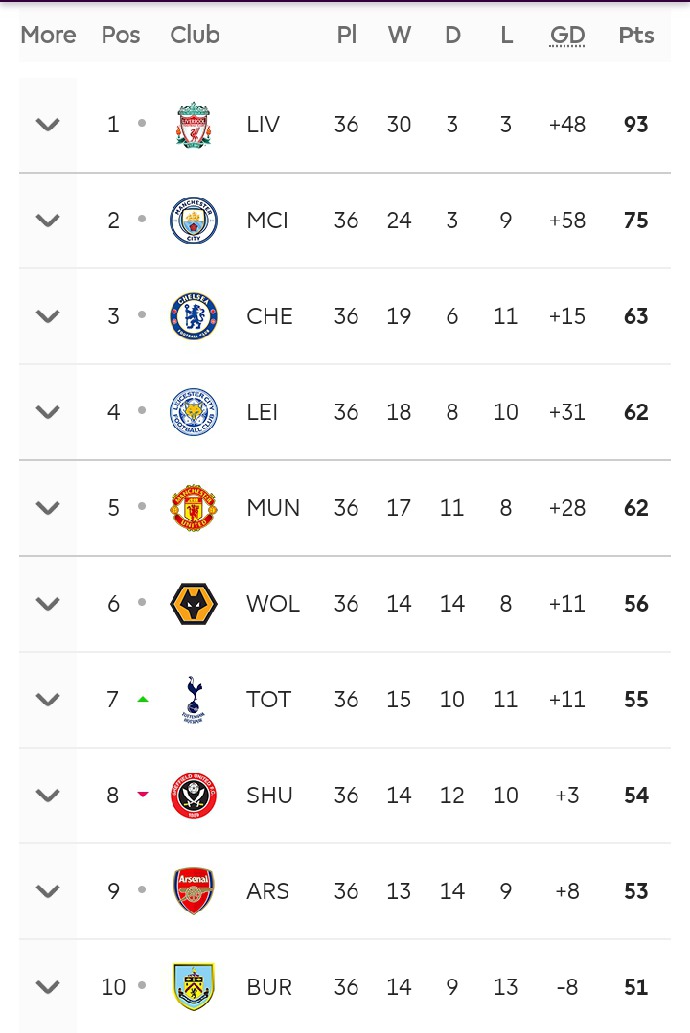 Before going any further,lets have a look at the trio's remaining two League fixtures with the most likely Full Time Predictions; (W) for Win, (D) for Draw and (L) for Loss: 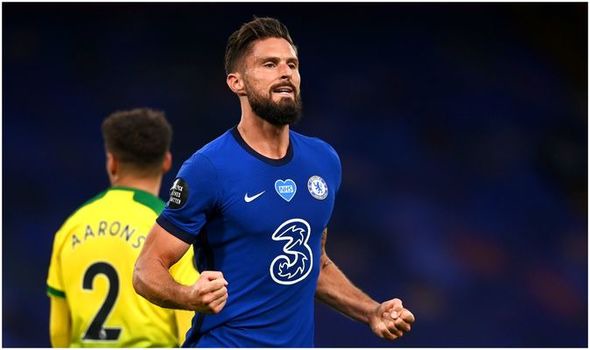 After Arsenal ended Liverpool's hopes of record points, it won't be untrue that the League Champions will come up with a stellar performance worthy of a win against the Blues at Anfield, due to the fact that they would lift the Premier League Trophy after the game.

Although, Wolves can't make it to the top four, they are one team capable of offsets, they will tend to adapt to a defensive style of play with counter attacks,sharing points won't totally alter their current 6th position. The Foxes have won just two of their seven matches since the restart of the League. Their current form can't be compared with the way they started the season. The game against Tottenham is obviously an Away fixture, Jose Mourinho has kept a high spirited team especially with the return of their talisman Harry Kane from injury. Leicester would definitely fight till the end of 90 minutes to avoid falling to fifth, but it's most likely a win to the Home side.

Finally, Leicester would host the formidable Manchester United side who have stretched their unbeaten run to 19 matches in all competition. Although, the reverse fixture ended in a 1-0 win for United, I don't see the Foxes claiming any points. 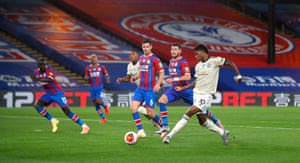 The Red Devils' penultimate fixture sees them up against the Hammers at Old Trafford. West Ham are also capable of offsets but the relentless United side won't succumb to a Home defeat, especially at this time of the season.

The final day of the season turned out to be an Away fixture for United. It won't be easy for them against Leicester at the King Power Stadium, as the resulting outcome will/can be a determining factor for which side qualifies for Europe. United is the team with better rotation of players, this is vital for a last minute decider situation. As insinuated earlier, it's a win win for Manchester United.

With these accumulated points as reference, Manchester United would finish in the third position with 68 points. Chelsea will finish fourth with 64 points and Leicester City in fifth position with 62 points.

What do you think? Let me know in the comment section below. I'm ready for mixed reactions; remember these are not said Facts but an Opinion.

Content created and supplied by: AficionaDoRo (via Opera News )