An Italian fan gets tattoo of Chiellini Pulling Saka Away from the Euro 2020 Trophy.

An Italian fan has decided to shade England fans by getting a tattoo of Chiellini's foul on Saka during the Euro 2020 final, on his arm. 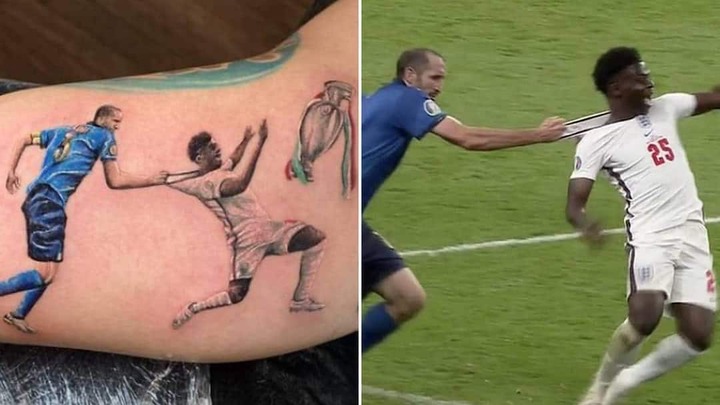 The picture of the tattoo shows Chiellini pulling Saka away from the Euro 2020 trophy in like manner as he did on the pitch during the cup final.

Chiellini said he put a curse on the England player before he went on to miss the decisive penalty that lost England the Euro 2020 cup final. 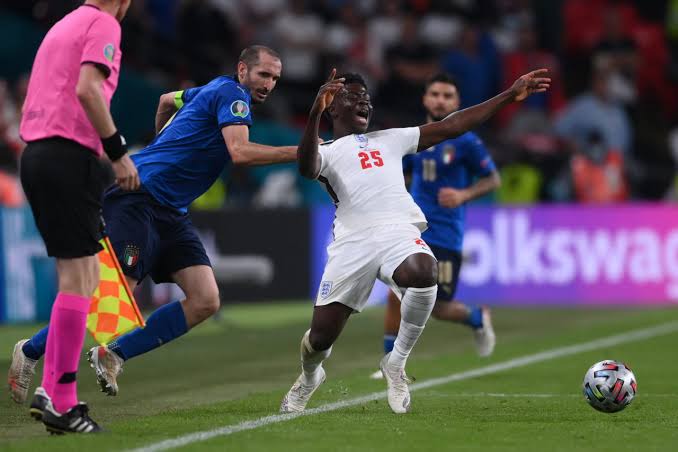 During the match, Chiellini fouled Saka as he broke away from him on a counter, the Italian captain pulled Saka back as seen in the picture above, he was booked for the challenge but he was only given a yellow card which didn't sit well with the opposition fan who thought it should have been a red card.

The Italian captain's antics on Saka went viral on social media with lots of England fans pouring out their anger on Chiellini. some fans also went as far as saying the match should be replayed due to the controversial moment in the match.