Chelsea, Arsenal, United, and Liverpool are set for tough tests in their next Premier League games.

Chelsea would hope to extend their lead on the top of the Premier League table when they take on Manchester United in their next game.

Thomas Tuchel's side currently sits on the top of the Premier League table having recorded a comfortable win in their last game against Leicester City. Manchester City are piling the pressure on Chelsea at the top of the Premier League table.

Raheem Sterling, Rodri, and Silva were on target for Manchester City as they move to second position on the PL table.

Chelsea would hope City loses some points in their next Premier League game against Westham to reduce the pressure on them.

Liverpool also managed to close the gap on Chelsea after earning all three points in their crucial clash against Arsenal. Jurgen Klopp's men will have to build on this momentum when they take on Southampton in their next Premeir League game.

Arsenal would also have to improve on their performance when they take on Newcastle at the Emirate Stadium on Saturday. 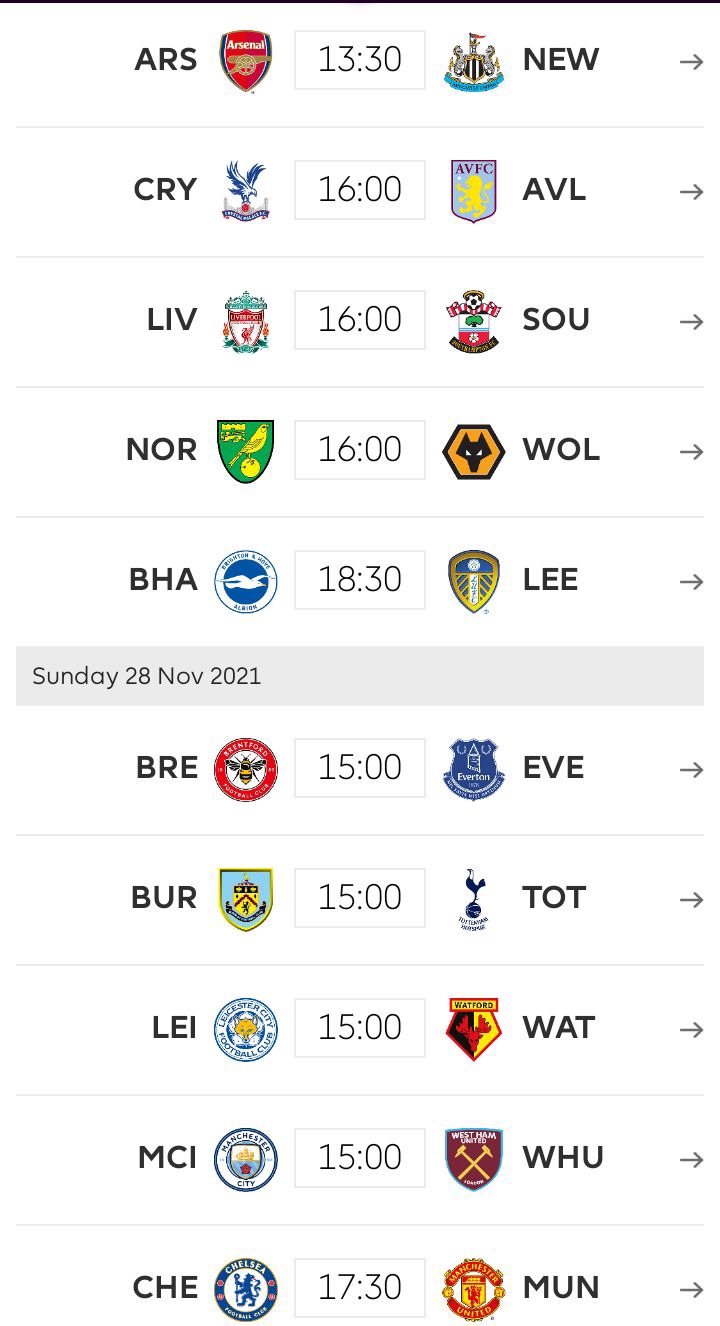