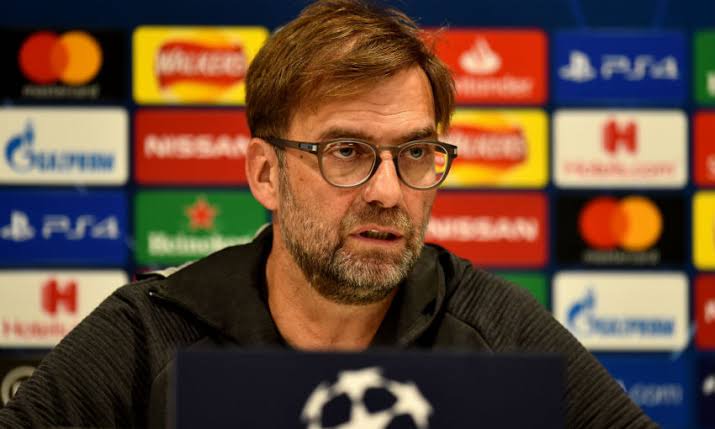 Liverpool manager Jürgen Klopp has talked up his side's chances of staging a comeback against Real Madrid in the UEFA Champions League second leg clash. The reds lost the first leg of the tie 3-1 away and will be welcoming the Madrid giants to Anfield. While saying the reds have to be "in the mood" in order to be able to overturn the deficit, he also identified the "extra problem" they have ahead of the tie. The German also named two key Real Madrid players the reds have to watch out for.

Speaking in a press conference ahead of the game, Klopp said that Liverpool must let their football do the talking while saying he is already in the mood for the game. "I'm already completely in the mood for this game. Whatever we want in this tie we have to show tomorrow night on the pitch, not here." He also admitted that his team must also be in the mood to believe and defend at the "highest level" to stand any chance of progressing. "With the quality that Real Madrid has you have to defend on your absolutely highest level and that is what we didn't do in the first leg. "It's always about winning football games and that is the target for tomorrow night. If that will end up in a comeback, I have no idea. "We have to be in a mood to start believing again and, if that happens and we can see that it's possible, then we have a chance, but it's still incredibly difficult."

However, Jürgen Klopp highlighted the lack of supporters at Anfield as an extra problem the reds have ahead of the match, but called on his team to create their own atmosphere and "go for it". "When you are 3-1 down it looks like you are already out and you have not a lot to lose, but we will give it a try and go for it," he said. "That's the job we have to do. "They were better than us in the first leg and we were not as good as we could have been but it's the first half. "The result is a problem and the quality of the opponent. There's just one extra problem - no supporters in the stadium. We have to create our own atmosphere."

Klopp, in his conference, also reserved special praise for Real Madrid's Toni Kroos and Vinicius Jr. He called Vinicius Jr an "outstanding talent" and Kroos "one of the biggest talents in Germany for a long time". He also praised Trent Alexander-Arnold, saying the England international "reacted well" after his omission from England's squad.