Premier League XI Team Of The Month Of October.

The premier which is arguably the toughest club league in world football currently has been very unpredictable and competitive which has prompted some fans to even say there is no such team as amateur in the league.

Teams like Manchester United conceded six times against Tottenham Hotspur last month,and also the Premier League Champions and 2018/2019 Uefa Champions League winners, Liverpool loosing 7-2 to Aston Villa in the beginning of the season has said something different about the league this season.

The premier team of the month,for the month of October has been a shock to some fans as their desired players were not on the list,but surely,this list is a compilation of the best performers last month as everyone of them played a very crucial role in the success of their different teams last month.

The Premier League XI team of the month of October are as follows; 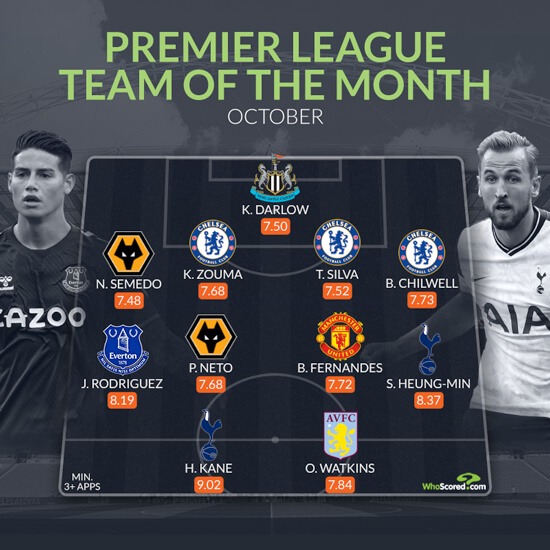 Content created and supplied by: Fidelis21 (via Opera News )