By TalkSport10 (self media writer) | 5 months ago

UFC fighters come from all over the world, despite the fact that the UFC is primarily an American business. Previously, the organization was controlled by American fighters, but that is beginning to change. Indeed, the UFC is a more diversified organization today than it was previously. In fact, three of the current UFC champions are African. In almost every culture, some type of mixed martial arts (MMA) is practiced. The UFC, on the other hand, has only worked with fighters from a few nations, including Africa. On that note, we've put together a list of the top five best African UCF fighters. 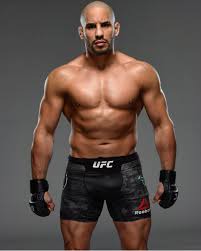 Abu Azaitar is a Moroccan UFC fighter who hails from Rabat. In the Middleweight division, he competes. Because a unanimous victory over Vitor Miran in a UFC battle, Abu Azaitar was given the nickname Gladiator. With a 14-1 MMA record, he is a capable fighter. Azaitar fought in a variety of promotions, including KSW, SFC, RFC, WSOF, and others. Since 2012, Abu has not lost a match. 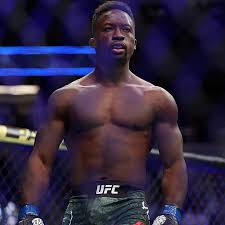 Sodiq Yusuff, one of the top featherweight prospects in the UFC right now, may not be undefeated in the octagon right now. He is, however, almost certainly a fighter to keep an eye on. Yusuff was born in Nigeria, like Kamaru Usman and Israel Adesanya, but he now fights out of Camp Springs, Maryland. Super Sodiq rose through the ranks of the regional circuit before winning Dana White's Contender Series and earning a shot at the UFC. He's essentially gone from strength to strength since then. Yusuff has so far defeated four opponents in the UFC, mostly due to his rapid speed and powerful punching power. His knockout victories against Gabriel Benitez and Suman Mokhtarian exemplified this. In his most recent bout, he lost his debut UFC battle to fellow prospect Arnold Allen. 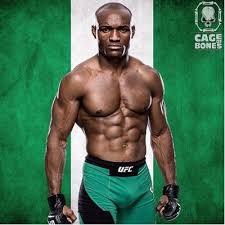 Kamaru Usman was born in Nigeria's Benin City. When he was eight years old, he traveled to the United States with his family, where he competed in NCAA Division II wrestling. Kamaru, sometimes known as Nigerian Nightmare, is a skilled wrestler and clincher. Nigerian Nightmare is his moniker because he is not an opponent that other fighters want to face inside the Octagon. On July 12, 2015, Kamaru Usman was crowned champion of the TUF 21 Welterweight tournament, with a 14-1 MMA record. Usman has over nine victories and zero losses in the UFC. He beat major names like Leon Edwards, Demian Maia, and even Rafael dos Anjos, the former UFC Lightweight Champion. Kamaru Usman has had a long and successful fighting career. 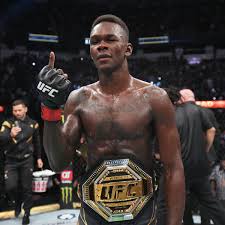 In his weight class, Israel Adesanya has been as dominant as Kamaru Usman and Francis Ngannou. Adesanya made his UFC debut in February 2018, knocking out an overmatched Rob Wilkinson at UFC 221. That's when the Last Stylebender went on a tear, winning the interim UFC middleweight title in April 2019 and the undisputed title in October 2019. To put it simply, it took him less than two years to become the world's best 185 lb fighter. Adesanya has swept his division with victories against Robert Whittaker, Yoel Romero, Paulo Costa, and Kelvin Gastelum, almost as impressively as Anderson Silva did a decade ago. The way Adesanya bounced back against Marvin Vettori in his latest UFC middleweight title defense shows the best is yet to come from Adesanya. 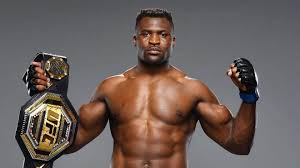 Francis Ngannou (nickname: Predator) is regarded as one of the most powerful punchers in UFC history. He is a Cameroonian martial artist who moved to France secretly when he was 26 years old to pursue his goal of becoming a boxer. On November 30, 2013, Francis Ngannou submitted Rachid Benzina in his first fight. He also won six consecutive matches against notable opponents such as Bojan Mihajlovic, Curtis Blaydes, and Andrei Arlovski. Francis Ngannou is the only African-born UFC fighter who has advanced to the UFC heavyweight final.