Taiwo Awoniyi continues his scoring spree for Union Berlin as the Nigeria striker opened the scoring in his team's 2-0 win against Wolfsburg on Saturday. 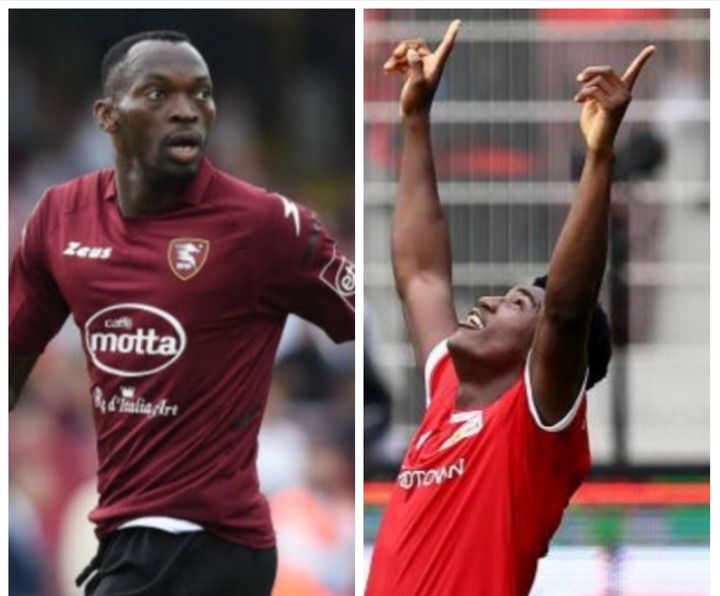 The 24-year-old found the target on 49 minutes while Sheraldo Becker made it 2-0 eight minutes from regulation time, as the home team secured maximum point in the German Bundesliga game week 8 tie at Stadion An der Alten Försterei, Berlin.

Awoniyi has now scored six goals in eight matches into the new campaign for Union Berlin, helping them secure their fourth win of season earlier today.

Veteran Nigeria and US Salernitana 1919 striker, Simy Nwankwo was also on song in Italy, opening his Serie A account in his team's 2-1 defeat away to Spezia.

The 29-years who joined the club in the summer on loan from Crotone, put his team in front on 39 minutes, with Nigeria midfelder, John Chukwuma Obi providing the assist. The home side however rallied back to seal victory, with goals from David Strelec and Viktor Kovalenko, who found back of the net on 51 and 76 minutes respectively.

Simy arrived at Serie A highly prized, having scored 20 goals for Crotone last season, but he had been without a goal in four starts of eight matches into the campaign.

He will be looking to build on the Stadio Alberto Picco feat in subsequent matches, in a bid to bail his team out of murky relegation waters, where they are currently second from bottom of the standings with four points from a win and a draw.