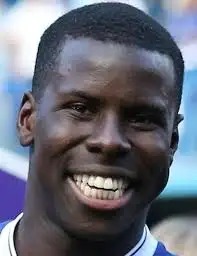 "Of course I want to win it and the team want to win it," Kurt Zouma told Chelsea's official website. "As soon as I came to England, I knew what the FA Cup was and how it’s a big competition to win so we will try to win it.

"We know there are two tough games left so we have to go step by step and think about the semi-final first. It’s going to be very difficult because we’re going to face a great team but I think we have everything to win it because we have got quality players in our team as well. We just have to play well and think about ourselves.

Man United have beaten Chelsea thrice this season, but that does not matter to Zouma: "There were different circumstances in those games. Football is football - they won three times and we cannot afford to lose another time but it’s a different game.

"It’s a semi-final so it doesn’t matter what happened in the past. Everything happens on the pitch and we will try to do our best out there.

"They have some great players but they will have to be defensively on form as well because we have players up front who can hurt them too. It’s going to be a great game, a big pitch and big stadium, even if there are no fans to enjoy it.

"We’re prepared for a tough game but the motivation is there for us. It’s going to be difficult but we want to win and we’re going to do everything we can to win."

Frank Lampard has emerged victorious against Manchester City and Liverpoolthis season but has failed to beat Man United. We're sure that revenge will be on the manager's mind as he heads into this battle against Ole Gunnar Solskjaer.

United have been in great form since the Premier League restart, but we have full faith in the Blues to get the win. As Zouma said, the past doesn't matter - what matters is that you show up in the present, and that's exactly what the Blues need to do tonight to book a London derby in the final against Arsenal.