For the first time since Pep Guardiola's arrival at the Etihad, there are a true number of title challengers in England to battle with City. Premier League clubs have already spent over £700 million this summer, demonstrating that they are still relatively immune to the financial consequences of the virus when compared to other divisions. The traditional ‘top six' have spent the majority of it, with City breaking the English transfer record by signing Jack Grealish for £100 million. In recent weeks, the former Aston Villa captain has dominated the headlines, and his signing adds even more firepower to an already potent team. However, City's competitors will be hoping that astute arrivals elsewhere might help overcome the gap this season throughout the world. On this note we have compiled a list of top signings this season. 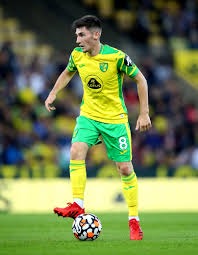 Moving on to the player who appears to have been tasked with filling the void left by Buendia's departure, Scottish youngster Billy Gilmour. Despite the fact that his Euro 2020 campaign was cut short due to COVID, the midfielder excelled in only his second season of senior football, but lacked the experience required by Chelsea manager Thomas Tuchel to be a fixture at Stamford Bridge. Since his arrival, the Blues have been on a roll, with English Premier League Pundits indicating that they might fight for the title. Daniel Farke, on the other hand, may provide Gilmour with the opportunity he requires. Because of his small frame and low center of gravity, he can dribble like Buendia while still showing the ability to sit deeper as an eight or pivot and control the tempo of games. He has a chance to play a key role in Norwich's survival this season. 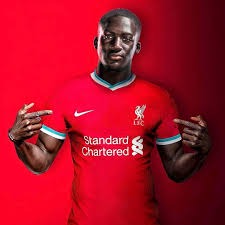 Liverpool activated Ibrahima Konaté's release clause at the start of the summer season, and the French central defender joins the Reds for £36 million from RB Leipzig. At 6'4′′ and 22 years old, the Parisian would provide healthy competition for Joe Gomez and Joel Matip, bringing stability at the back, supremacy in the air, and speed on the cover, all while perfecting his skill under Virgil van Dijk's supervision. In the absence of Trent Alexander-Arnold or if Welshman Neco Williams fails to impress the Anfield faithful, Konaté can fill in at right-back. 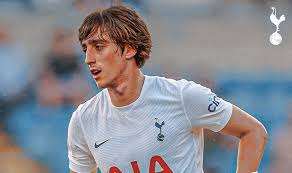 The Spain winger arrives from Sevilla, while Argentine striker Erik Lamela moves the other way as part of the deal. According to Sky Sports, Spurs paid £21 million for the bundle. Last season, the 20-year-old was on loan at Eibar, where he scored four goals and added three assists in La Liga as the club was relegated after coming last. “I'm incredibly proud to join Spurs,” Gil remarked following his signing. Being able to play in the Premier League while wearing the shirt of a world-class club like Tottenham feels incredible. I'm coming to Spurs to win points and to give my everything every minute. 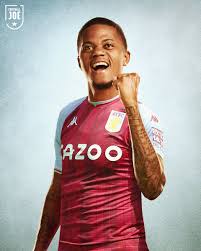 Aston Villa are rebuilding after selling Jack Grealish for a British transfer record cost of £100 million, with a portion of the money going to Leon Bailey of Bayer Leverkusen. In the 2020/21 season, the Jamaican winger led Leverkusen to sixth place in the Bundesliga and qualification for the Europa League with 15 goals and 11 assists in all competitions. On a deal that runs until 2025, the 23-year-old cost Villa £30 million. Dean Smith, the Villa manager, described Leon as a "hugely exciting young striker with outstanding pace and imagination. “He had a tremendous career at Leverkusen, and we are now looking forward to seeing him showcase his abilities in the Premier League for Aston Villa." Villa have plenty of creative players to replace the Grealish loss, with Emi Buendia signing from Norwich. 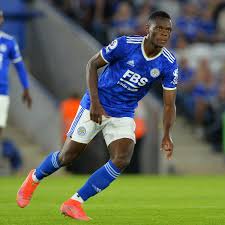 Zambian striker Patson Daka has earned a move to the Premier League, with Leicester City splashing £27 million to sign him. Daka was named Austrian Bundesliga Player of the Season en route to securing the title for RB Salzburg in the 2020-21 season. Daka was acquired by the Foxes in a major coup despite being widely linked with Liverpool and other top European clubs. Daka's success in Salzburg put to rest any fears raised by the exits of forwards Erling Haaland and Hwang Hee-Chan to the German Bundesliga. In the 2019-20 season, Daka had 24 goals and 8 assists in 31 games, and in the 2020-21 season, he had 27 goals and 7 assists in 28 appearances, earning him the Austrian PoTS title. The 2017 CAF Young Player of the Year has been praised for his excellent attitude in addition to his lethal finishing and technical abilities. 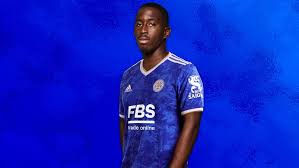 Boubakary Soumare has everything it takes to become the next French midfield superstar, even if he isn't the archetypal strong French midfielder. Soumare turned down a professional contract with PSG at the age of 18, instead signing with Lille. Four seasons later, he leaves Ligue 1 as champion, winning the title in the 2021-22 season. Soumare has been described as more than a midfield destroyer by French football expert Ian Holyman. He is athletic, powerful, dynamic, and defensively aware. He stated, "I think they (Leicester City fans) should be fairly thrilled." He's not a left-field signing like Riyad Mahrez, who I had never heard of before he arrived for Leicester and has gone on to accomplish fantastic things with both Leicester and Man City, but Boubakary Soumaré has been on the radar of a number of large European clubs. Well before this, there was a lot of chatter about him moving. He's a strong midfielder who, as a youngster at PSG, elected not to sign his first professional contract with them when he was 18 and instead moved to Lille, which was a risky move at the time but it says a lot about his character, and he was correct to have faith in his own ability. 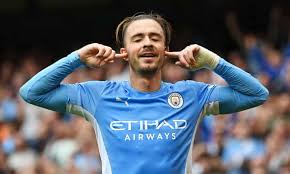 The transfer of the English winger and attacking midfielder is the most expensive football move in English history, costing US$138 million (RM585 million). Grealish has been with Aston Villa since he was a toddler, with the exception of a loan spell with Notts County in the 2013-14 season. He made his senior debut for Villa in 2014 and has since played in 213 games for the club, scoring 32 goals and assisting 43 times. His exceptional ability to break down opposing defenses and generate opportunities for his teammates was most recently demonstrated during England's Euro 2020 campaign, particularly when the team thrashed Germany 2-0 in the round of 16. 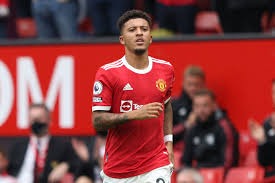 Sancho was a member of the England team that won the FIFA U-17 World Cup in 2017 and has been playing for Dortmund in the Bundesliga since 2017. He has 50 goals and 64 assists in 137 appearances, making him one of the most dangerous players in the German top flight. The German Supercup final in 2019 and the German Cup final in 2020 were both won by Dortmund thanks to the English winger's quickness and ingenuity with the ball. Sancho has now been purchased by Manchester United for a fee of US$100 million (RM424 million), making him one of the most expensive signings in the club's history. The Red Devils' signing of the 21-year-old was a "dream come true" for him. 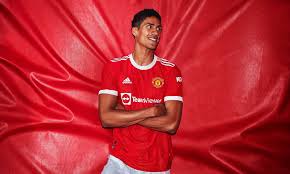 Despite the fact that Ole Gunnar Solskjaer can look back on last season's second-place finish as a sign of improvement, the Norwegian must privately wonder what could have been. Given the size of the team and the club's ability to absorb the financial impacts of the pandemic, few clubs were better positioned than United during a unique season like last season to profit on the conditions. Edinson Cavani's arrival was a brilliant move, but Solskjaer's failure to sign a centre-back cost United dearly. In the Premier League, the Red Devils surrendered 44 goals, and their terrible set-piece defence prompted Solskjaer to seek a set-piece specialist this summer to improve his backline. Villarreal scored with their single attempt on target in the Europa League final, which came from a set-piece deep in United's own half, thanks to the team's poor defence. Solskjaer has attempted to address such shortcomings by buying Varane from Real Madrid for about £39 million. The Frenchman arrival has sparked a lot of interest, especially given the low fee. 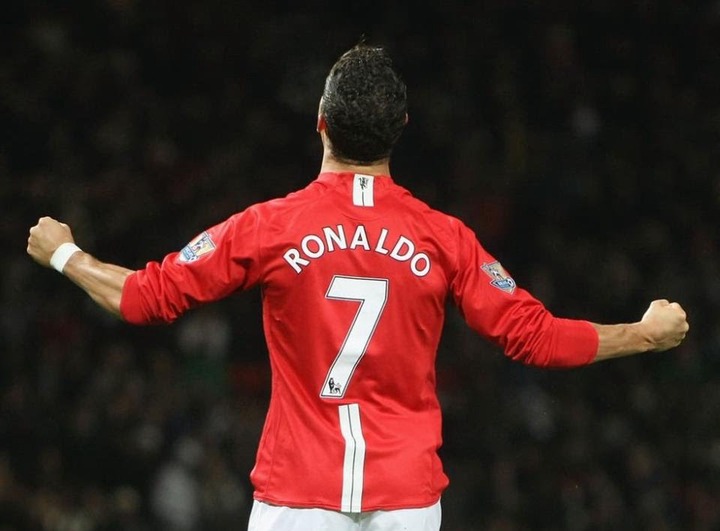 Cristiano Ronaldo, who was linked with almost every big club over the summer, has finally signed with Manchester United last Month. However, Ronaldo was linked with a deadline-day move to Manchester City, only for the story to suddenly alter on the day, with the Portugal star instead announcing his return to United. 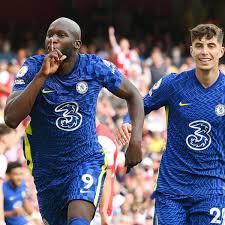 Chelsea re-signed the 28-year-old Belgian striker, who is regarded as one of the greatest in the position, for US$135 million (RM572 million). Lukaku was a Blues player from 2011 to 2014, however he only appeared 15 times because he was on loan for the majority of the period. Lukaku scored 87 goals in 166 games for Everton between 2014 and 2017, and 42 goals in 96 games for Manchester United during his two years there. He departed the Premier League two years later for Inter Milan, where he became one of their most important players, scoring 64 goals in just 95 appearances. Inter Milan won Serie A last season thanks to his 24 goals, ending Juventus' nine-year winning streak. He is the man Chelsea has been looking for and he has scored 3 goals since his arrival.