Ronaldo and Messi have produced one of the greatest football rivalries of all-time. The duo have constantly dominated the world of football for over ten years, as they practically shared numerous individual accolades between themselves. Because of this reason, football fans and many football pundits have never ceased to compare the two greatest players. 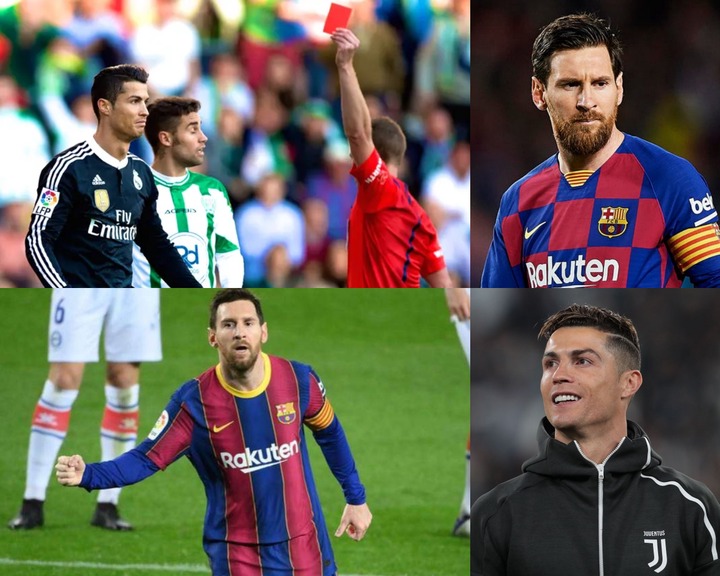 In this article, we shall be comparing the two legends of football to know who has been red carded the most in the game of football.

The red card can be given when a player makes an offense that is more serious than just a yellow card offense, like intentional kicking of a player or a last defender making a foul to stop the opponents' player from scoring. These and many more offenses warrant a red card.

Both Ronaldo and Messi have committed offenses of this nature, and they have been punished with a red card. But any one of them who has more number of red cards probably plays more aggressive football than the other.

Lionel Messi is one of the most law-abiding players to have played the game of football. He is loved by many football lovers and referees for his simplicity. He is often the most fouled player on the pitch, yet has not reacted angrily to warrant cards. In the entire career of Lionel Messi, he has a total of 3 red cards. This is one thing that makes the fans to love him the most.

Ronaldo's rivalry with Lionel Messi is eternal. Fans would always compare the two players, knowing that they are steps ahead of others.

Cristiano Ronaldo has a total of 11 red cards in his football career up to date. The number of red card is 8 more than that of Lionel Messi. This does not mean that he is not a decent player. He had 5 red cards as a Real Madrid player. 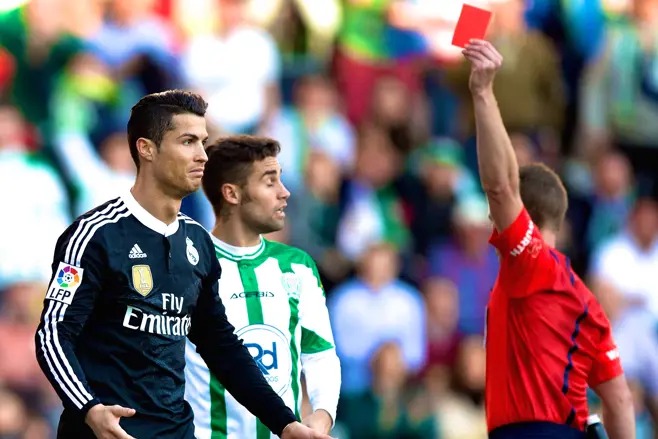 Having eight career red cards as a striker means that he was a bit aggressive more than Lionel Messi, his bitter rival.