Still unbeaten in the WSL this season, the Manchester United women came up with a 3-0 thrashing of Brighton and Have Albion on Sunday, October 5, 2020.

In her 50th game for the club, Ella Toone put Manchester United ahead from the spot following a foul against Alessia Russo in just nine minutes of what was to be a one sided affair. 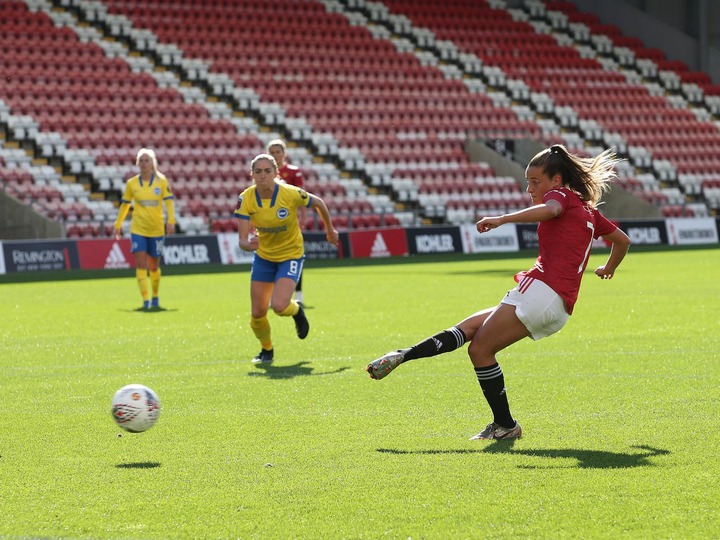 Despite the hosts’s dominance, Brighton almost equalised just before the break when a goalmouth scramble presented Megan Connolly who skewed the ball over the bar, only minutes before Gibbons’s shot was deflected wide.

Soon after, another summer signing, Russo, made it 2-0 who latched onto a loose ball in the middle of the park and drove at the visitors's backline.

It appeared like it was going to be over until Ross, in the dying moments, grabbed a final strike to make it 3-0.

For the defending champions, it was more of a silent affair as they beat Birmingham City 1-0 courtesy of a Fran Kirby header in the ninth minute. 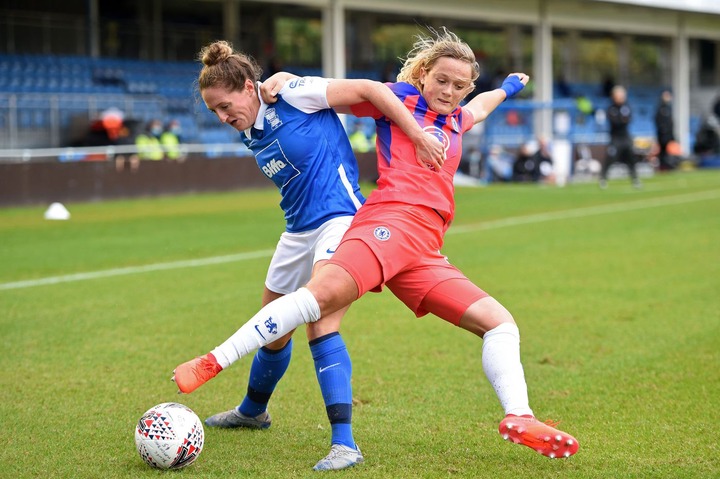 Kerr, Pernille Harder and Ji So-Yun who, perhaps will be more needed the upcoming matches (Arsenal, Conti Cup; then Man City in the league).

Birmingham City proved less of an opponent to the blues women as they felt comfortable in the 2 blocks of 4 and could only play on the break, a luxury that they were not afforded.

Birmingham City registered just two shots with none of them on target as Berger, the Chelsea keeper kept an easy clean sheet.

Chelsea on the other hand, fired 19 shots with 5 being on target.

Chelsea move to third position with seven points same as Manchester United in fourth only ahead on goal difference. 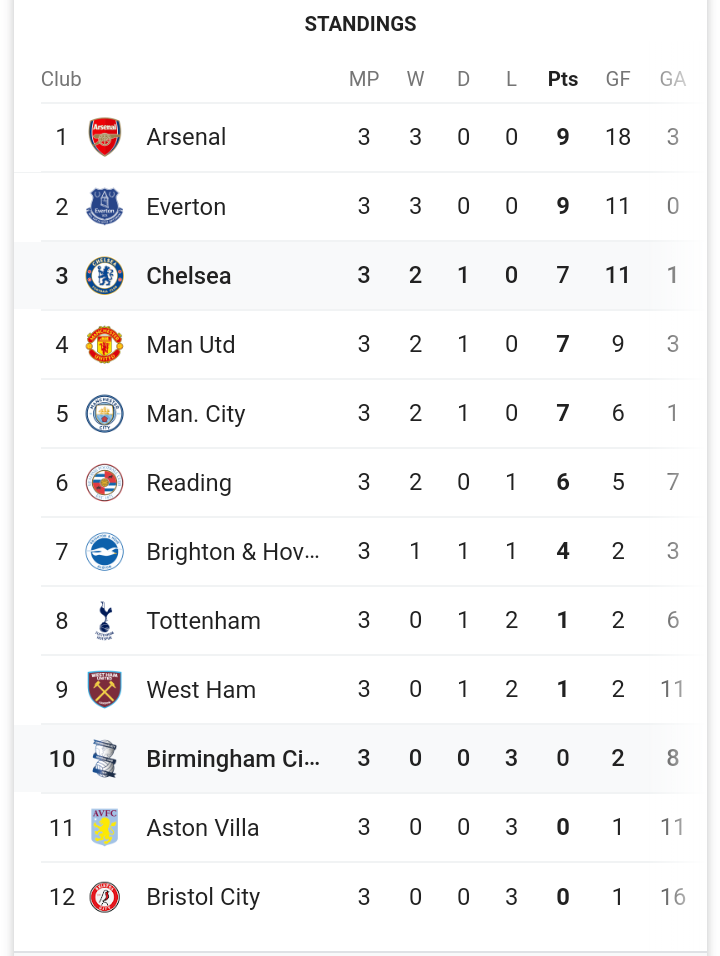 Content created and supplied by: Kish-Baba2 (via Opera News )