"It is never certain" - Ronaldo Nazario Speaks On PSG chances of winning the champions league.

Despite the signing of Lionel Messi, former Real Madrid striker Ronaldo Nazario believes that Paris Saint-Germain will not win the Champions League this season. 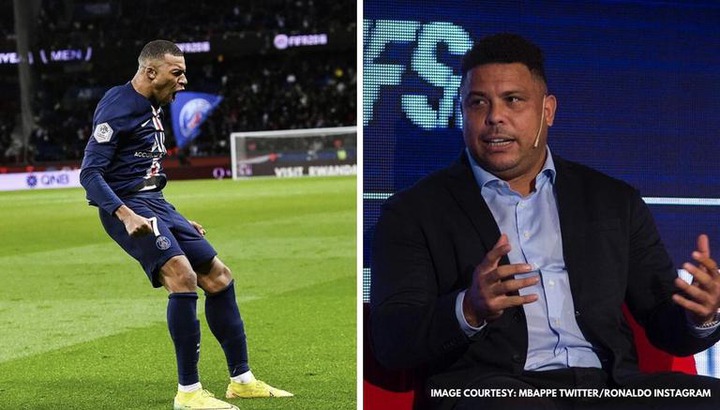 The current president of Real Valladolid cited his stint with Los Blancos as proof that having a great squad on paper does not always equate to winning Europe's most coveted award.

In an interview with DAZN as part of the 'El Presidente' series, Ronaldo said, "It is still too early to determine who will win the Champions League."

"At the quarter-final stage, the picture starts to take shape.

Paris Saint-Germain are in first place, but talking is one thing, playing is another.

"The outcome on the pitch is influenced by a variety of circumstances. I was a member of Real Madrid's Galacticos team for over five seasons, but I never won the Champions League.

"Winning is never certain, even when you have the best players on your squad, and PSG is no exception."

Ronaldo was unmistakable when asked if he sees any parallels between himself and PSG's Kylian Mbappe.

"Yes, he resembles me in appearance. "He has excellent qualities, with incredible technique that he performs at a high rate," the president of Valladolid said.

"He is able to go past defenders and goalkeepers... And, despite his youth, he's already accomplished a lot. Mbappe is one of my favorite players."