Taking a second look at Alaba in the shadow of Ramos and Varane. 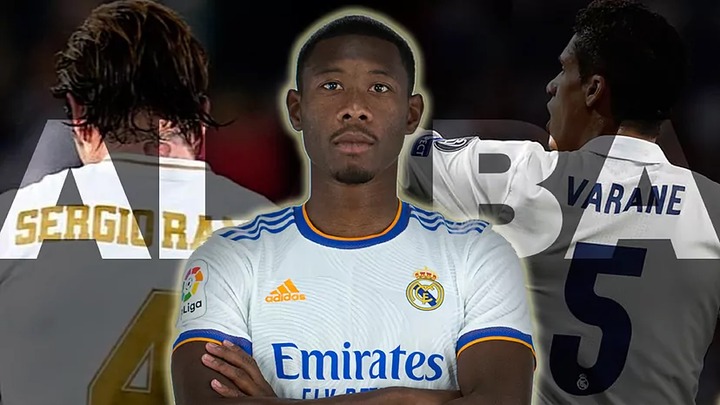 Celta Vigo would have made Carlo Ancelotti think of the defensive instability brought on by a missing David Alaba, who will return to the roster for the Champions League group stage opener against Inter as he seeks to make the supporters forget the shade. left behind by Sergio Ramos and Raphael Varane. Real Madrid have conceded six goals in four La Liga Santander games, as the shortcomings in their defense were highlighted in the absence of Ramos and Varane's proven partnership.

Alabas' return will need to secure Real Madrid at the back as they return to action in Europe. Ancelotti will be happy to have the Austrian defender available again, but the question now is whether to play him center-back or left-back against Inter, with Miguel Gutierrez the only suitable left-back . It's likely the Italian will go for Alaba as a center-back to lead the team and essentially be his new Ramos.

Alaba, much like Nacho Fernandez and Eder Militao, started the season in the shadow of Ramos and Varane, whose partnership at the back spanned a decade and culminated in four Champions League trophies. Although he played well there, it's clear that Ancelotti wants him to play in the middle so that he can show more of his leadership qualities. If Ancelotti is to start Alaba at the center-back, then Miguel will get the green light at the left-back.

If Alaba starts in the middle of the defense, the dilemma is whether to start Nacho or Militao at his side. The two have started the season in a similar vein, but it seems that Ancelotti prefers Nacho, despite his mistakes, to partner Alaba as Real Madrid enter a new era in Europe without Ramos and Varane.

10 Reasons Why Fighting Is Good in a Relationship