Top 8 Football's Highest Earners. Checkout Their Salaries Per Week As CR7 Is The 6th Top Earner.

By OReporter (self media writer) | 2 months ago

Arguably, football players are part of the highest-paid athletes in the world, and these players can either be paid per day, week, month, or year.

Out of all the football players in the world today, lots of players have been rated to be among the best players, and as such, this affects how they are paid. Although, there are lots of things that contribute to how much a player is paid, and this will also include the player's performance and the achievements of the club such a player is playing for.

Lionel Messi became the highest-paid footballer after signing for Paris Saint-Germain. Paris Saint-Germain is currently one of the richest football clubs in the world. The club also has some big players with huge salaries on its wage bill, with the likes of Neymar and Kylian Mbappe who are the second and fifth respectively on the chart.

This means that Messi is the highest-paid player in PSG currently, then followed by Neymar and Mbappe.

On the other hand, lots of football fans expected that Ronaldo will be the top paid football player in the world today, however, he's only the 6th top earner on the list.

See below the names of the top 8 highest earners and their respective salaries per week: 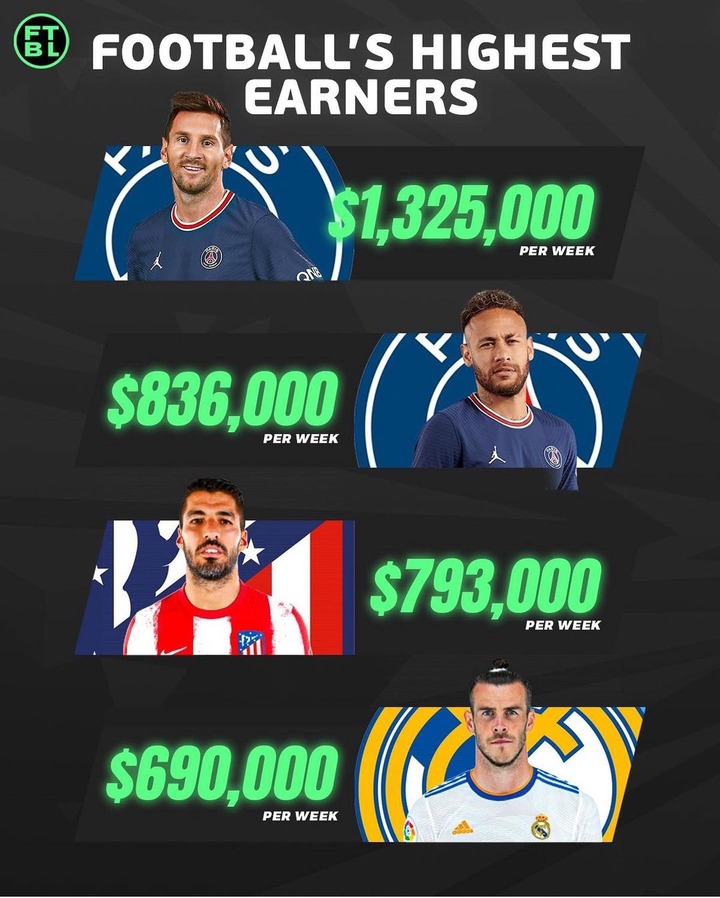 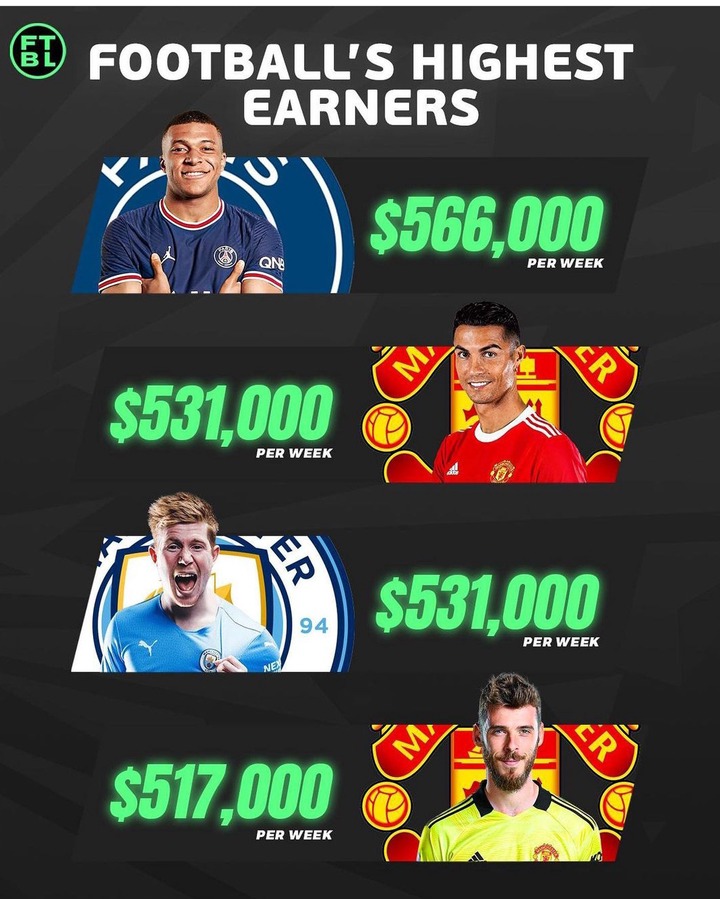 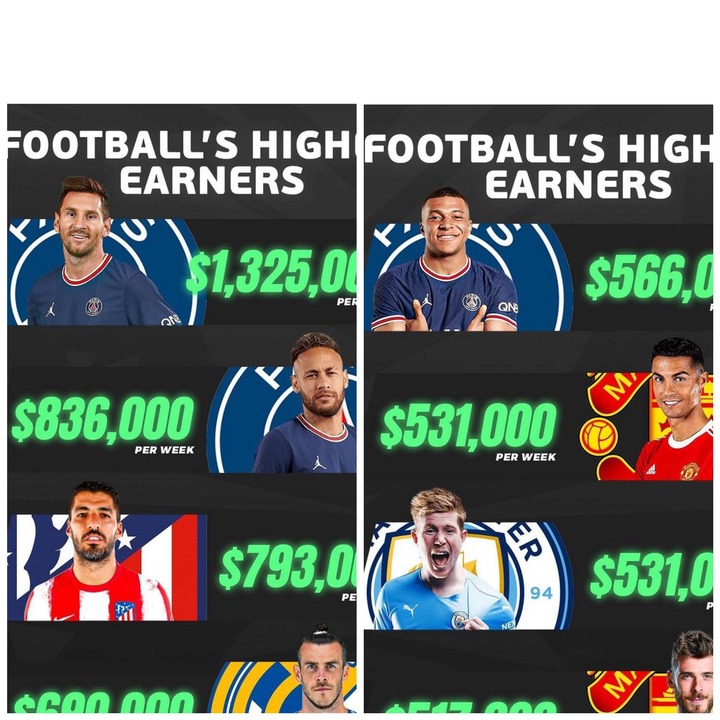