There are 8,163 days between these two photos of Gigi Buffon at Parma

By Moneymedia (self media writer) | 11 months ago Gianluigi Buffon is unarguably one of the greatest goal keepers to ever play the game of football.

The veteran shot stopper started his playing career at a very young age when he made his debut for Parma at the age of 17 years. 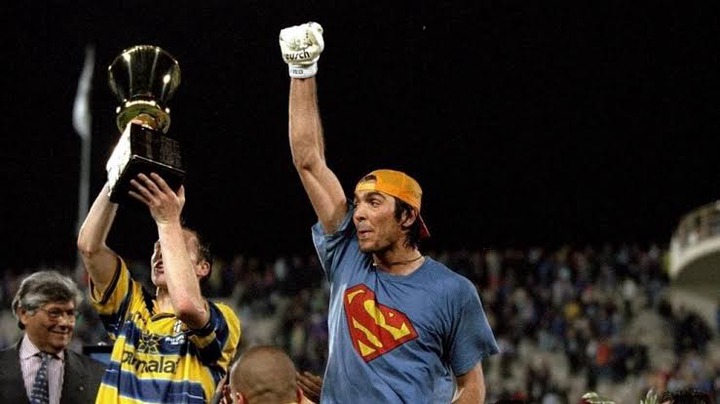 After helping them win both the UEFA Cup and Italian Cup in the 1998/99 season, he then broke the record for the most expensive goalkeeper by moving to Juventus for a fee of £33 million in 2001.

He will be remembered more for his time at Juve where he enjoyed so much success, including 10 Serie A titles. He was also instrumental to Italy's triumph at the 2006 FIFA World Cup. 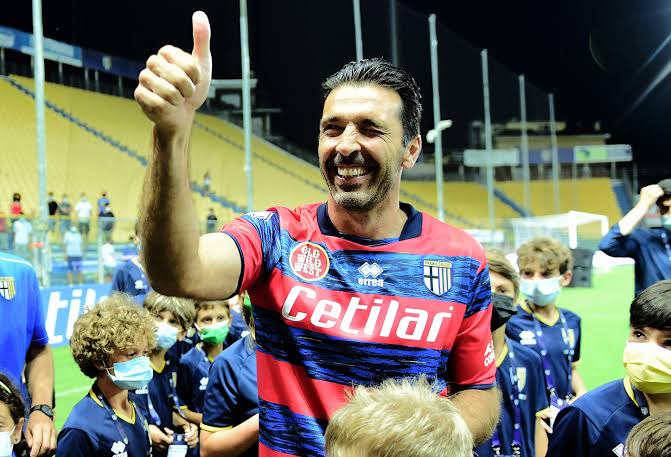 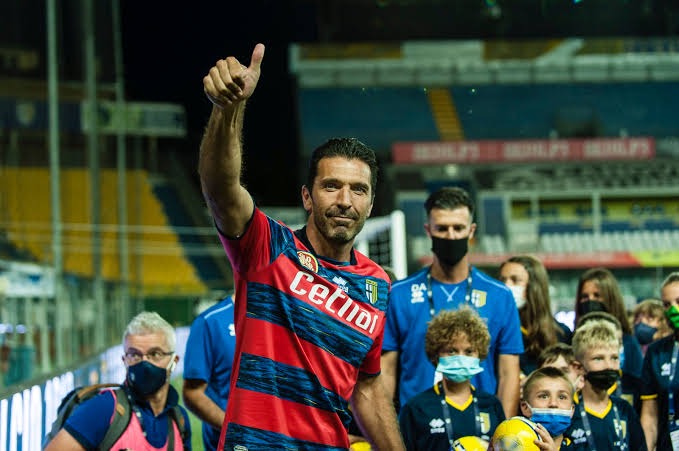 Twenty years after leaving Parma, Buffon made a sensational return to his boyhood club, signing a two year deal with them after seeing out his contract at Juventus.

The 43 year old featured for them in their pre season game against German lower division side Bochum on Wednesday. It became the first time that he has played for them since he last did so two decades ago.

According to a report by ESPN FC on social media, the last time Buffon turned out for Parma was 8,163 days ago. 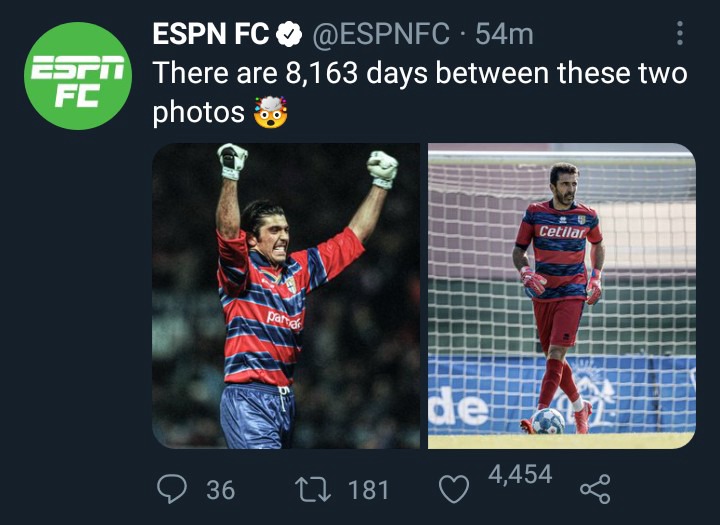