By Chisomwrite (self media writer) | 1 year ago 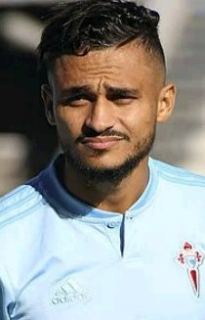 Sofiane Boufal (Arabic: ﺳﻔﻴﺎﻥ ﺑﻮﻓﺎﻝ ; born 17 September 1993) is a professional footballer who plays as an attacking midfielder for

Premier League club Southampton and the

The Moroccan forward has been in fine form all through this season. He is currently the best dribbler in the La Liga right now. His ability to take on defenders with ease and deceive them with his numerous skills puts him top of our list.

Boufal plays as an attacking midfielder for Celta Vigo. He is currently on loan from Southampton, and he has averaged 4 successful dribbles per game this season. 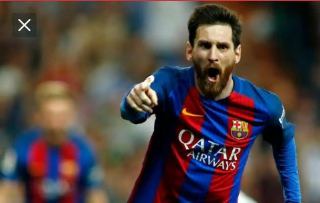 Lionel Andrés Messi Cuccittini,commonly known as Lionel Messi or Leo Messi ( born 24 June 1987), is an Argentine professional footballer who plays as a forward and captains both Spanish club Barcelona and the Argentina national team. Often considered the best player in the world and widely regarded as one of the greatest players of all time, Messi has won a record six Ballon d'Or awards,and a record six European Golden Shoes. He has spent his entire professional career with Barcelona, where he has won a club-record 34 trophies, including ten La Liga titles, four UEFA Champions League titles and six Copas del Rey. A prolific goalscorer and creative playmaker, Messi holds the records for most goals in La Liga (442), a La Liga and European league season (50), most hat-tricks in La Liga (36) and the UEFA Champions League (8), and most assists in La Liga (182) and the Copa América (12). He has scored over 700 senior career goals for club and country.

The Argentinian legend has been consistent this season. He is currently top of the La Liga topscorers chart. Also, he has been showing us his fascinating dribbling skills game after game. Messi has constantly been a thorn in the flesh of opposition defenders throughout this season.

Barcelona look set to win the La Liga because of their superstar attacker. He is second best dribbler in La Liga with 3.9 successful dribbles per game. Adnan Januzaj (Albanian pronunciation: [adˈnan januˈzaj] ; born 5 February 1995) is a Belgian professional footballer who plays as a winger for Spanish club Real Sociedad and the Belgium national team . Born and raised in Brussels , he began his career with Anderlecht before joining

Manchester United in 2011 at the age of 16. Januzaj broke into the Manchester United first-team under manager David Moyes during the 2013–14 season, but struggled for opportunities under Moyes' successors Louis van Gaal and

José Mourinho, and had loan spells at Borussia Dortmund and Sunderland before joining Real Sociedad in July 2017. Januzaj made his full international debut in 2014 and later that year played for Belgium at the FIFA World Cup in

The 24 years old Belgian has not really hit the heights that were expected of him when he first emerged at Manchester United. However, he has started life in Spain very well.

The winger has put up impressive performances for Real Sociedad this season. The winter possesses blistering speed and a bag of dribbling tricks. This 2018/2019 season, he has averaged 3.8 successful dribbles per game.

ALSO READ: 5 Best Dribblers in The Premier League This Season The 27-year-old Spanish international who plays for Levante UD has been in amazing form for him club this season.

The former Blackburn Rovers player is very skillful and loves to take on defenders. This season has averaged 2.7 dribbles per game. The short winger has been breezing past opposing defenders this season. During this La Liga season, The 33-year-old Chilean winger scored and assisted goals for his team. He used his speed and tricks to ghost past defenders. He has averaged 2.7 dribbles per game this season.

Content created and supplied by: Chisomwrite (via Opera News )

Opinion: Instead of spending millions on Kounde in January, Tuchel should give more chances to Sarr