By Femorex (self media writer) | 2 years ago 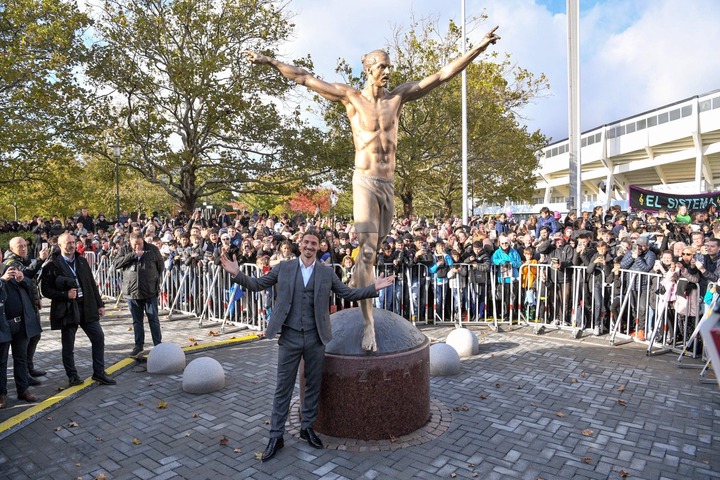 Reports out of Sweden have revealed that Zlatan Ibrahimovic's statue outside of Malmo's Swedbank Stadion has been brought down by angry fans. The monument was sawn by the ankle. The 38-year-old striker’s monument was first attacked by angry Malmö FF fans with fire the next day he announced his investment in Stockholm-based Hammarby back in November to own 50% stake in the club , a rival club to Malmö FF - a club he made his professional debut for 20 years ago.

Weeks later, the monument was visited by vandals again, this time, the nose was cut off. A couple of hours ago, the monument was brought down completely when vandals cut its ankle with a saw despite the police setting up a wire gauze fence around the monument. According to reports, the AC Milan striker’s house in Stockholm was also targeted in December, with "Judas" painted across the front door.

Hopefully the angry Malmö FF fans will back off now.

Content created and supplied by: Femorex (via Opera News )