16 Nigerian Stars To Watch Out For In UEFA Europa League

By Chygozzz (self media writer) | 6 days ago

After exciting fixtures during the International break, domestic and continental actions kicked off at the weekend and is expected back at the midweek as clubs continue their quest for continental glory in the Europa league and the Conference league.

Nigerian internationals and eligible players will not be left out in the 'Thursday Night's football as they would be parading alongside their various clubs in th Europa League and in the Conference league.

Actions will be underway in the two European leagues on Thursday night with over 29 fixtures in the offing.

Below is a preview of Nigerian stars who would be in action with their clubs in the Europa league and in the conference league today.

The Super Eagles winger who was instrumental to his Greek side win at the weeknd in the league is expected to line up with his side on Thursday night when they welcome Turkish giants, Fenerbahce, to the Georgios Karaiskakis Stadium, Greece.

The Super Eagles of Nigeria rock solid defender and his Scottish side who had a disappointing outing at the weekend under it's gaffer will look forward to bounce back to winning ways when they welcome, Czech Republic based outfit, Sparta Prague, at home.

The left footed Super Eagles midfield maestro who featured all 90min in Rangers disappointing lose at the weeknd in the Scottish Cup big is expected to be included in the starting line up on Thursday when his Scottish side face, Sparta Prague, at home.

The Super Eagles left full back who was in action at the weeknd in their disappointing lose in the Cup game is expected to retain his place in the line up when his side square up against, Sparta Prague, in Scotland.

The Super Eagles Striker who had a goal to his name in the 'Berlin Derby' at the weekend will look forward to hurt it's Israeli opponents, Maccabi Haifa, when the two sides clashes in Tel'Aviv.

The Super Eagles Striker who was involved the last time in his side win at the weekend against, Zwolle, will look forward to add to his goals when they trade tackles with, Slavia Prague,on Thursday night.

The Super Eagles talisman, Paul Onuachu, will be all out on Thursday to help his side avoid been sent parking from the competition when they come toe to toe with Crotian side, Dynamo Zagreb, on Thursday.

The Nigeria professional football league 'Goal King' who had a nice time the last time in the Dannish league will look forward to propel his side to a win with his goal on Thursday.

The former Super Eagles midfielder who played all 90mins at the weeknd will look forward to help his side bag a win when they face Slovakian topflight league giants, Slovan Bratislava. 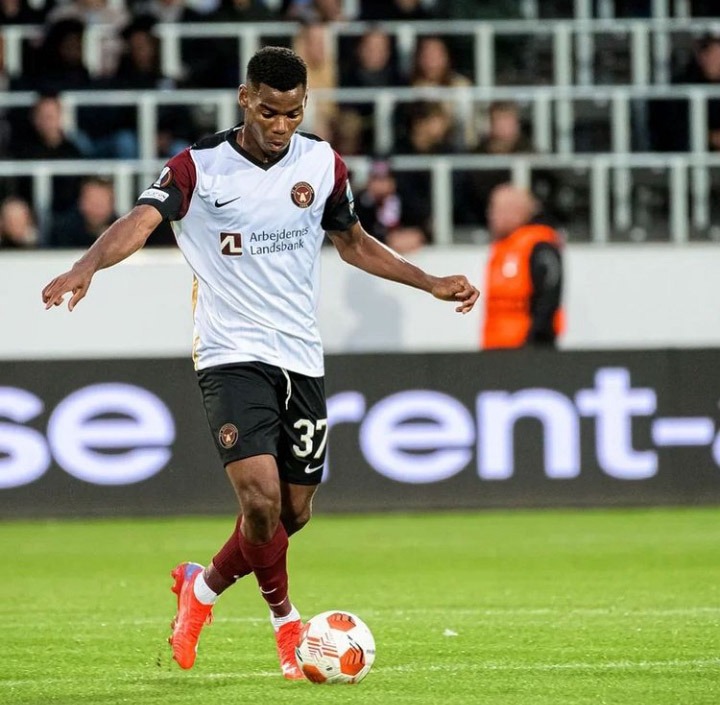 The box to box midfielder will be relied on by his side for the pocket passes and assists when they come up against Portuguese giants, Braga, on Thursday night.

The Slovakian league highest goal scorer who welcomed a new baby at the weekend will be out to hurt it's Greek opponents when Slovan Bratislava welcomes, POAk, on Thursday night.

The Super Eagles striker will be saddled with the responsibility of helping his side qualify for the competition next round when they welcome Polish side, Legia Warsaw, at the King Power Stadium.

The box to box Super Eagles midfielder who just made as return to the Rodgers Brendan team is expected to be on parade for his side when they face Polish side, Legia Warsaw on Thursday night.

The Midfielder will be on parade with his Belgian side, Royal Antwerp, when they visit German Bundeliga Liga giants, Eintracht Frankfurt at away in Germany.

The left footed midfield maestro will be relied upon for the killer passes and setting up fellow Compatriot, Ezikiel Henty, when they faced Greek side, POAK, on Thursday night.