By Sportsbet (self media writer) | 2 years ago

The statistics shows how the Chelsea legendary player Didier Drogba was compared to Timo Werner who is the current Chelsea player.

These two player has been rated as one of the best world best strikers in the world.

The 24 years old German professional footballer Timo Werner is now the current Chelsea player whose contract deal has been finalized in Chelsea this season. However, he is a top Striker in Leipzig he scored the most goals for Leipzig this season. 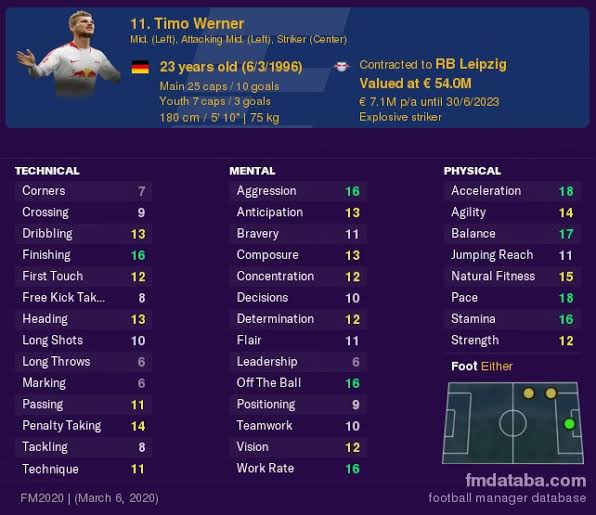 The legendary Chelsea player Didier Drogba was the top Chelsea striker dated far back as 2012. He saw to the success of the Chelsea's champions league trophy then. Drogba had great record and impact during his career season at Chelsea. 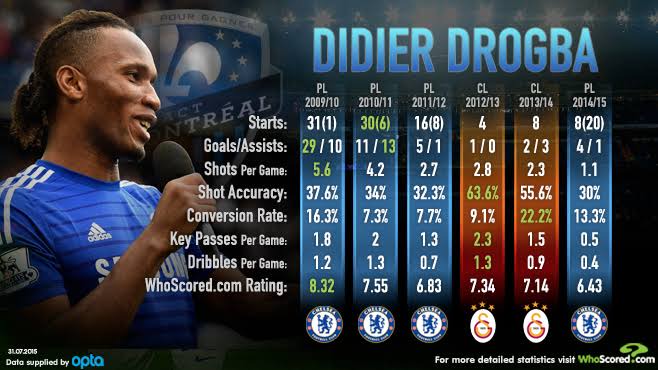 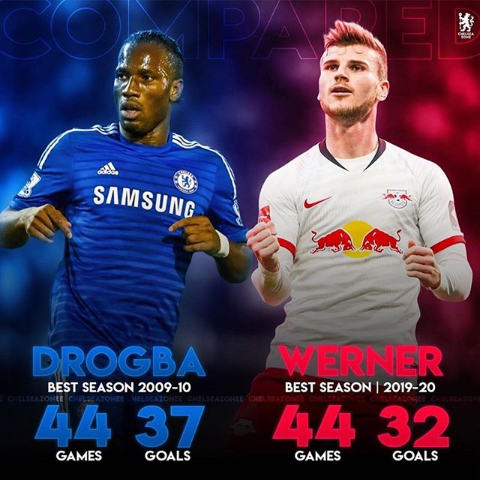 Chelsea Fans﻿, do you think Timo Werner's future falls on his shoulders?

Content created and supplied by: Sportsbet (via Opera News )