Timo Werner is am explosive striker who like to run into space which is at the expense of his team who like keeping the ball and playing possessive football. 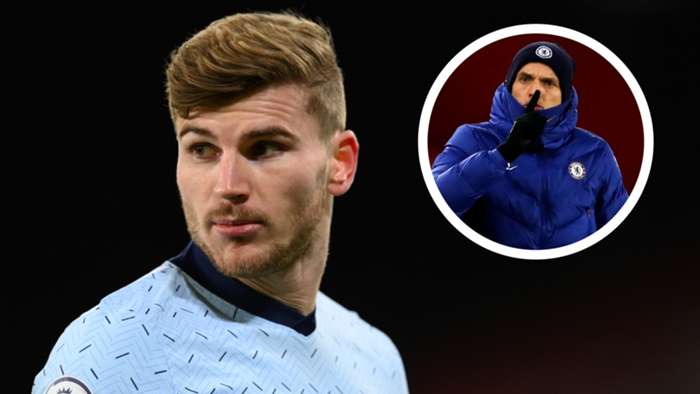 The new Chelsea manager believes that Chelsea's style of play holds back the Stricker as Chelsea side force the opponents to sit back in a defensive shape.

From the arrival of Tuchel Chelsea have am average of 69% ball possession in their last six league games which cause their opponent to sit back and hit on am counterattack when the opportunity surface.

Although Werner has showed signs of improvement, has scored only once since the new manager took over which obviously, the blues will demand more from him.

The new Chelsea manager explain the reason behind him using Werner's despite the lack of goals from the Stricker, he also sympathise with the striker on his struggles.

The Manager stated that, "Maybe it is our fault because we have a lot of possession and we push opponent teams very, very deep in their half so spaces are not too big,"

He biggest strength of Werner is to attack the space behind the last line therefore, it also our fault in the dominant type of game we play and it very natural that those spaces are close due to out dominants possession.

Taking a look at the game against Atletico who currently are the best team that can close such spaces, you will not expect Timo to shows all his skills, therefore what is left for him is to stay focus and work with the team.

"There are also solutions in tight spaces to use his speed in the first metres, to use his acceleration. But it is not easy for him and I can totally see this and it is why I am very patient and very supportive and I believe in his potential and character and of course his goalscoring skills."