By SpeedFingers (self media writer) | 10 months ago 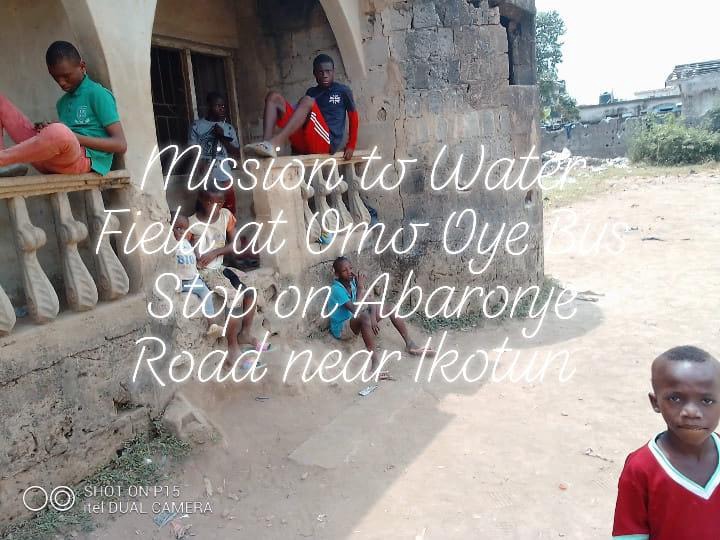 A former enterprising goalkeeper, Muritala Adigun has turned up at the interior backstreets of Abaronje area of Ikotun, Lagos in search of hidden talents of the round leather game, and on a mission to discover the next Peter Rufai of Nigerian football. 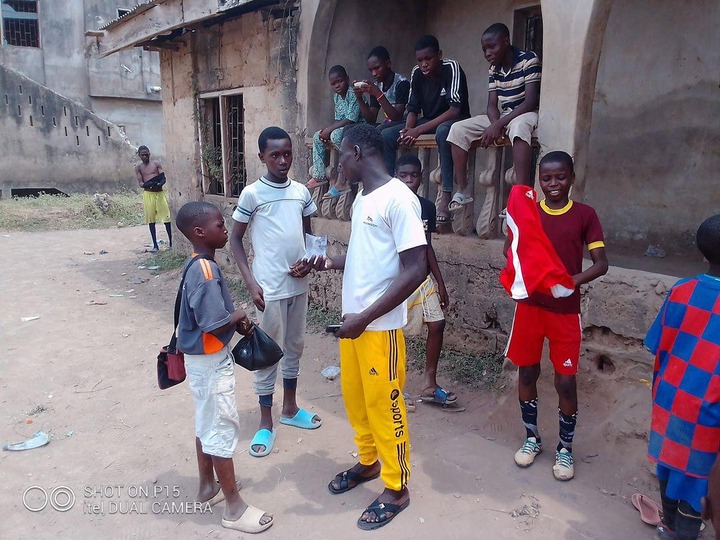 This is the buoyant confession of the youthful keeper-turned-talent-hunter, who is now fondly called ‘Coach Muri’ and runs a club tagged Golden Stars of Abaronje, which he admits is his first step towards the future for himself and the youngsters under his charge.

One of the lads he is now taking through the ropes of the game is a budding shot-stopper, Praise Olukayode, who initially had vibrant and exuberant thoughts of playing as an outfield star when he was introduced to football at Will-B Excellence Secondary School, Ikotun. 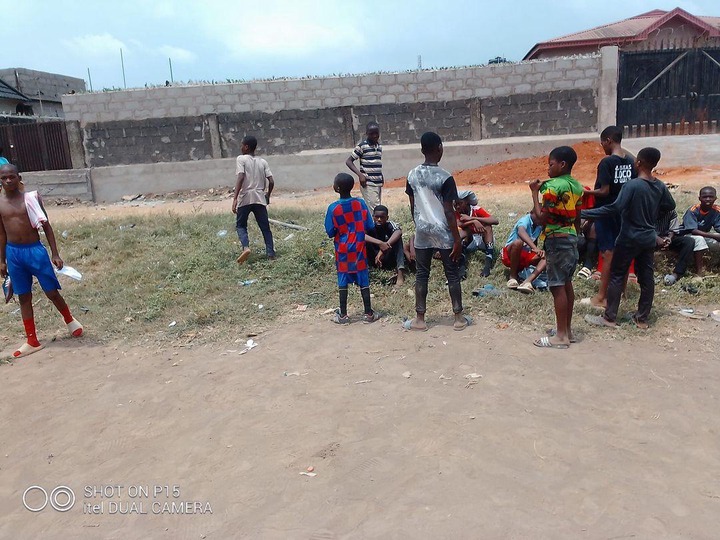 However, his parents’ relocation to Omo Oye area of Abaronje took him close to an open space fondly called ‘Water Field,’ where he has now teamed up with other exuberant kids in search of the Golden Fleece, under the care of an equally enthusiastic gaffer.

The pitch was so named due to its waterlogged nature that always happens annually during the rainy season, but is currently providing the spot of an alternative training ground for Coach Muri and his wards, even as a ram rears also use it for game fighting sprees. 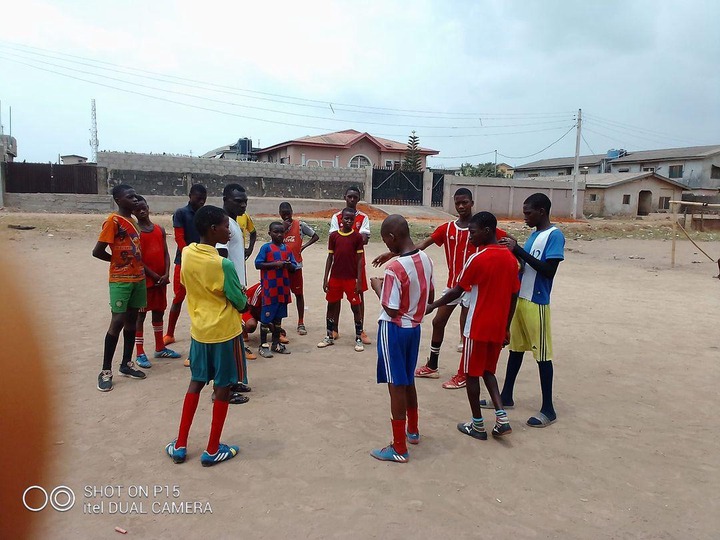 In order not to be distracted by ram fighting or any other frivolities, Olukayode has since started at a new school, where he was lucky to get the link with ‘Coach Muri’ and, though he still makes out time every Friday to join Will-B boys in training at Community School, Ikotun, he admits that it is easier to train on a daily basis with Golden Stars.

That has led him into regular drills at the open space lying pretty close to his new home, and ‘Water Field’ is the new hunting ground where Oluayode is teaming up with an array of highly-promising youngsters under the tutelage of the very youthful Coach Muri. 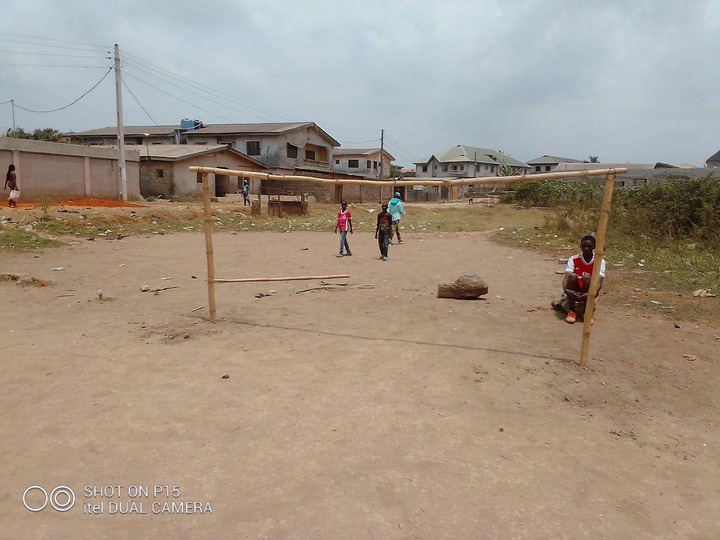 Yes, ‘Water Field’ is one of the spots where Muri Adigun is growing through the ranks with his team and array of starry-eyed kids, as the young man from Kuto area of Abeokuta aims to help kids of today gain from the game what he could not achieve during his active days.

He is still filled with fond memories of how he starred for Banana FC of Ikotun until 2015, time in which he was first choice goalkeeper of the club and still managed to fit in effectively once in a while as a reliable though makeshift centre back if need be. 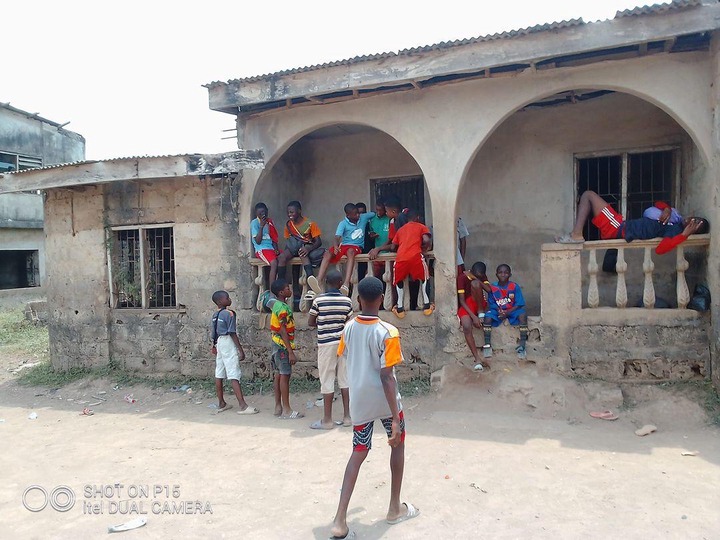 After hanging his boots, Adigun started Golden Stars at a ground called Government School, only to find himself looking round for a new base when the authorities banned all soccer activities at the venue … but that opened him up for unexpected expansion.

Unexpected indeed, but highly welcome and now the blessing needed to make further inroads into the talent hunt venture, which has also seen him line his boys out for drills at Treasure School, where he has found the pleasure of nurturing some of the brightest talents in the area. 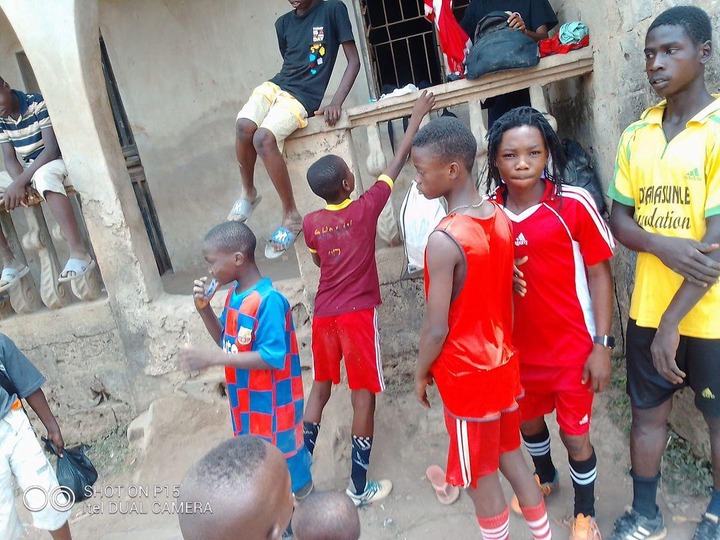 Among them is his captain, Israel Ariwoola (aka Dada), who is already cutting the image of a whiz-kid made for great things in the near future, as the penultimate year student of Ijegun Senior Comprehensive Secondary School is currently looking attractive, adorable, resplendent and majestic with his natural dreadlocks.

Memories would be set agog about the days of Edgar Davids, Samuel Okwaraji, Jules Bocande, Clarence Seedorf, Ruud Gullit and Ronaldinho when ‘Dada’ is on the ball, as the creative midfielder and utility player takes mesmerizing steps on the ball, while dazzling with his immense skills to the delight of all. 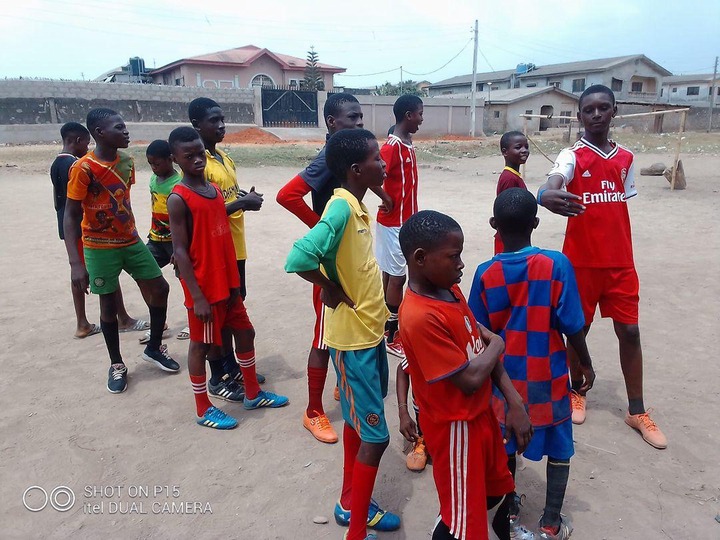 Despite his small size, which often makes some of his teammates disrespect him, ‘Dada’ has been able to lead Golden Stars to some epochal moments already; but the soft-spoken SS2 student, who has already made Praise Olukayode his close confidant, says he is thinking only of how to help the club and himself achieve greatness together.

With a dazzling midfielder in Ariwoola and promising keeper in Olukayode, Coach Muri surely knows he is blessed with talents he can bank on for rewards from his developmental efforts of today in the not too distant future, especially with a vast array of other lads on offer in both the senior and junior arms of his fast-rising club. 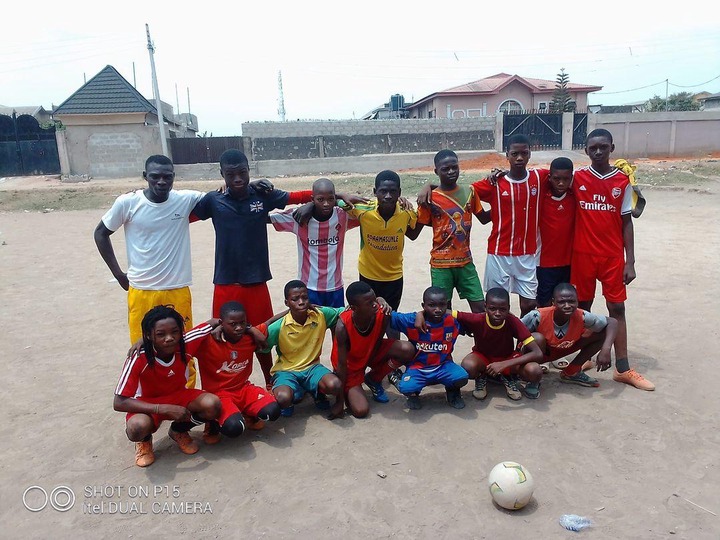 Adigun enthused: “We thank God for what has been happening to us since we started this club. I am sure many better things will come and that’s why I am encouraging these boys to continue working hard.

“I always tell them that they don’t know where their help will come from and they must always work hard. I just hope that they will be blessed by God so that all of my efforts will not be in vain and that their talents will not waste away. 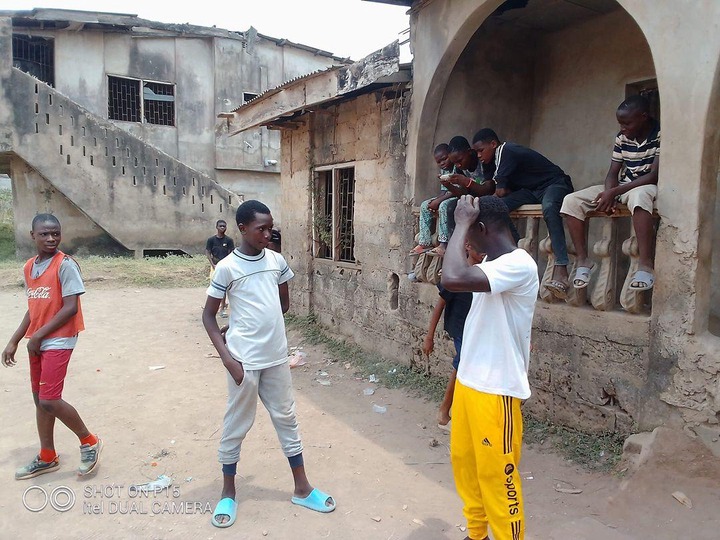 “I am also thanking God that I have a young keeper that is ready to learn. I was a goalkeeper when I was playing. Although I sometimes also played from number 5 position, I was a keeper and I was number one for my club. I hope to teach this new boy (Praise Olukayode) what I learnt when I was keeping, until I stopped in 2015.

“I also want to teach all these boys how to be better players and to become something in future. It is not easy, but we have to keep working hard. We also have to keep on praying hard, because we want sponsors and we want links with clubs in the Nigerian league and abroad.” 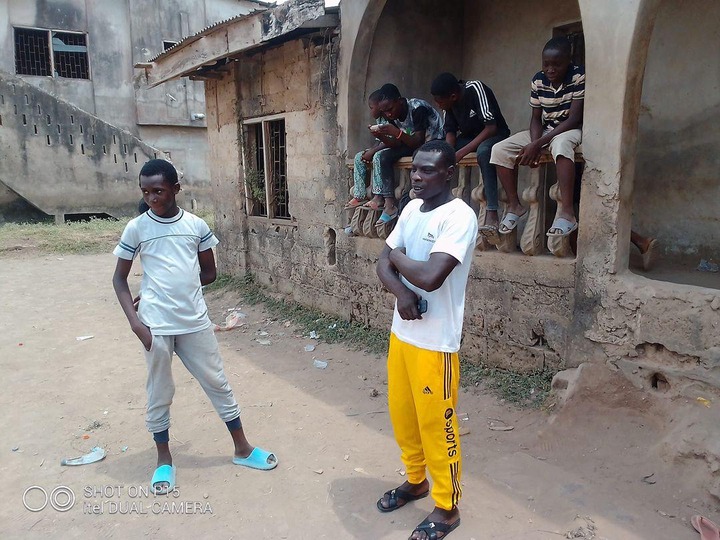