Nigerian Youngster Scores Own Goal, Another Debuts For Manchester City 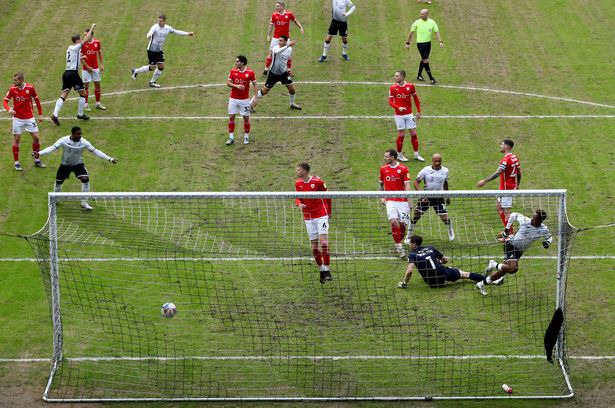 While Nigerian players failed to hit target in the English Premier League, former Super Eagles’ winger, Omatsone ‘Sone’ Aluko showed the way in the lower division, where Victor Adeboyejo netted an own goal, while John Akinde struck twice in League One. 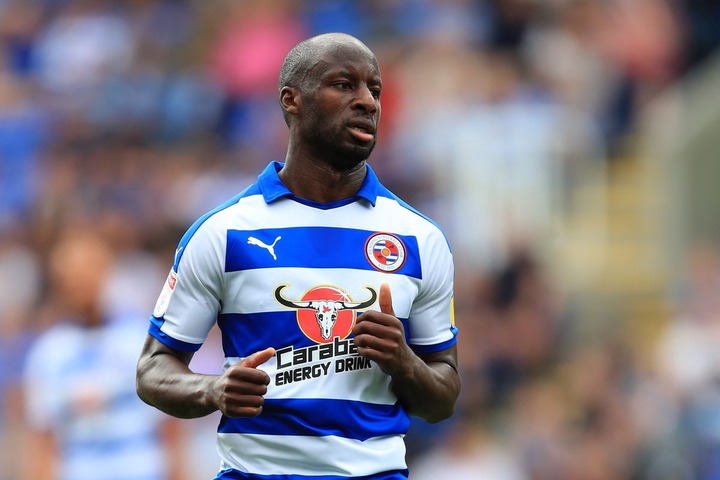 The big deal to celebrate, though, was from Aluko, who was on the scorers' cards for Reading against Brentford Town, who moved up to fourth after two superb strikes from Bryan Mbeumo helped them to a 3-1 win in another English Championship fixture on Saturday.

Mathias Jensen fired The Bees in front after 11 minutes, following which Bryan Mbeumo scored a stunning second with a strike from distance after 23 minutes and the French winger made it 3-0 six minutes later, before Reading pulled a goal back through Aluko's header after 64 minutes. 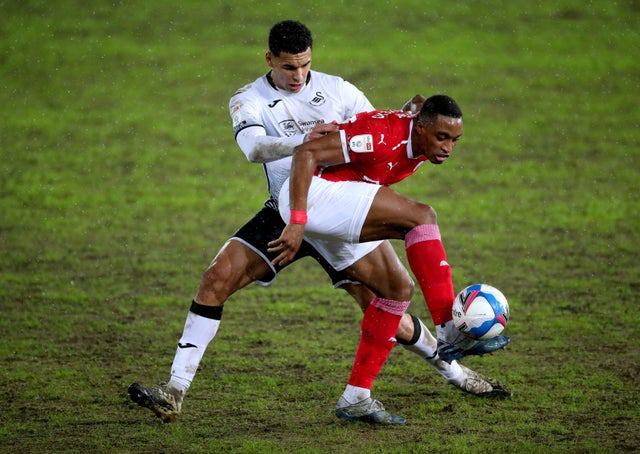 Also in England’s lower cadre on Saturday, Barnsley had Victor Adeboyejo on as a second half substitute, but he was guilty of an own goal that helped Swansea City move up to third position with a 2-0 win at home.

The Swans made the perfect start on a poor pitch, with Jamal Lowe side-footing home after just two minutes and then doubled their lead in the 66th minute when Adeboyejo nodded a Matt Grimes corner past his own goalkeeper. 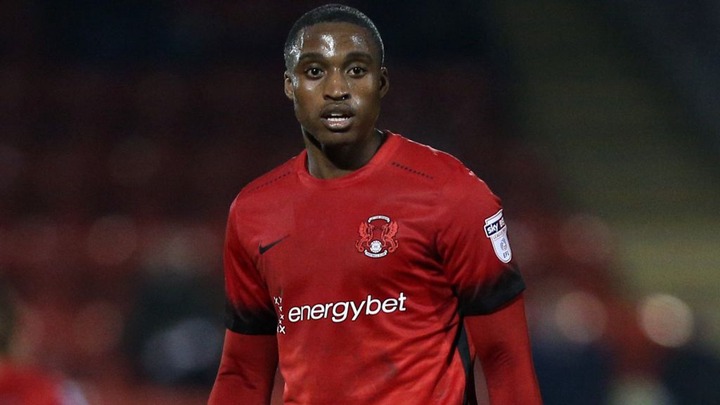 There was also a Nigerian goal in the third-tier of England, as John Akinde struck twice for Gillingham United in League One, and helped his side to a massive away win against Rochdale, who fell 4-1 win at Crown Oil Arena.

Rochdale were on the back foot as early as the ninth minute when Akinde's shot across goal was parried by Jay Lynch straight into the path of Rob McKenzie, who converted with ease, after which the Nigerian-born veteran netted his first in the 19th minute. 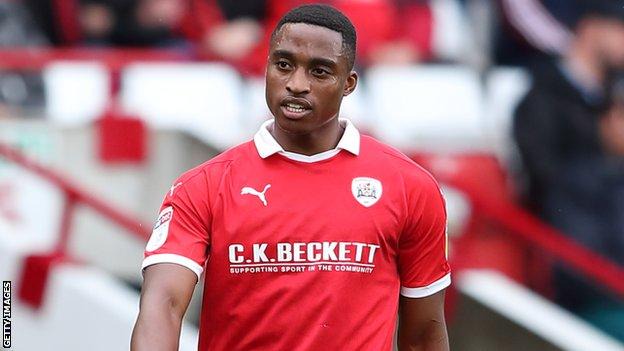 He controlled the ball on his chest at the near post and rolled round his marker before hooking home, following which Gillingham made it 3-0 after 45 minutes when Scott Robinson's shot hit Connor Ogilvie and wrong-footed Lynch.

Akinde was not finished just yet, as he scored his second of the evening and his team’s fourth from the penalty spot, putting icing on the cake with a coup de grace in the 47th minute after being brought down by Ethan Brierley. 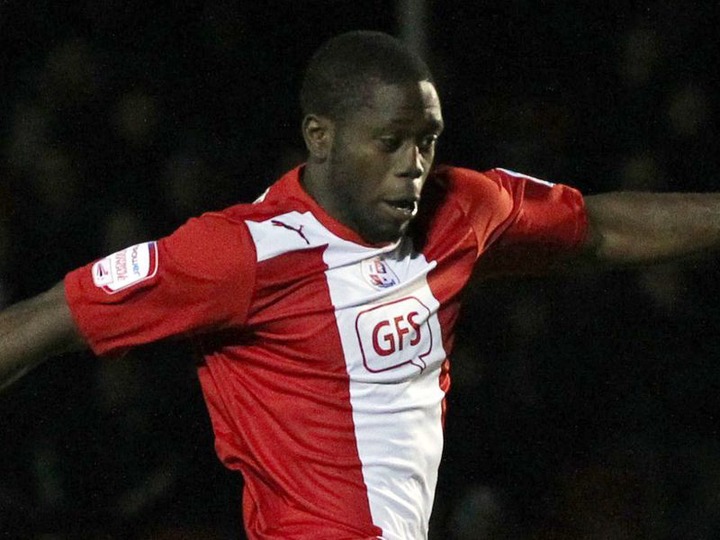 In the English Premier League, Southampton of youngster, Nathan Tella got another feel of top-flight action on Saturday, but he could not save his side from falling at home against Manchester City, who had Felix Nmecha on as a second half substitute at Saint Mary’s Stadium.

While Tella got into the match highlights when he got close to enacting an assist for The Saints, there was no such close shave for Nmecha, but he took delight with being included in City's squad, finally getting some minutes in an EPL game and helping his side beat Southampton 1-0. 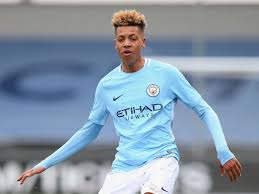 Pep Guardiola selected the Nigerian-born England youth international in a 20-player squad as a result of the busy spread of games over the festive period and new rules now permitting up to nine substitutes to be named on the bench.

Prior to this fixture, Nmecha had debuted for The Citizens in the UEFA Champions League and Carabao Cup, but he was mostly lost in a very tight game and with City leading 1-0, Pep opted not to hand an EPL debut to the 20-year-old. 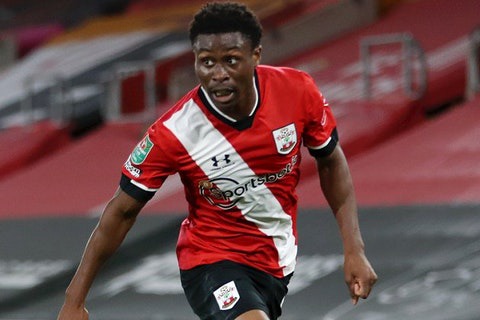 A similar scenario played out for Tella, who went on for his fourth EPL appearance after Danny Ings was forced off with an injury in the 41st minute, following which the Nigerian-born winger was quiet until the 74th minute when he delivered a low cross into the box.

Tella’s ffort looked promising when it deflected off John Stones, but Adams could not muster enough power to head home and pull the hosts level, after Raheem Sterling earlier netted the game-winning goal in the 16th minute to secure all three points for Man City. 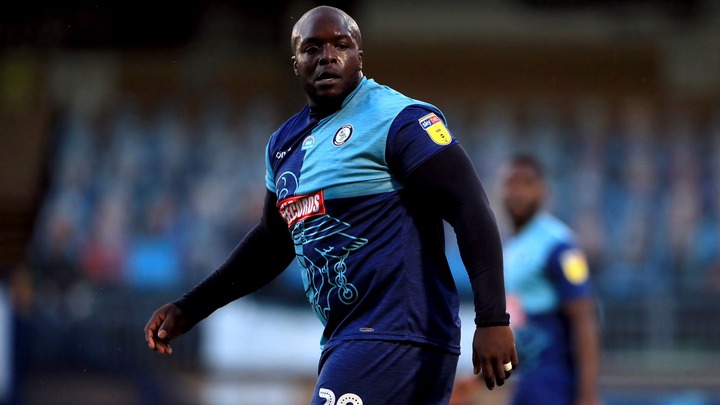 Back in the English Championship, Queens Park Rangers' winger, Bright Osayi-Samuel was overshadowed by the duo of Adebayo Akinfenwa and Uche Ikpeazu, who were both in action for Wycombe Wanderers.

Akinfenwa and Ikpeazu were, however, left downcast, as a 1-1 draw could not save Wycombe from falling to last place in the English Championship, despite Anis Mehmeti's first senior goal snatching the draw against visiting QPR. 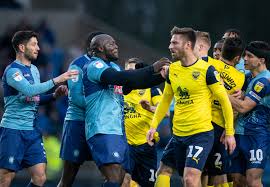 The visitors had gone ahead thanks to Jason McCarthy's second own goal of the season but substitute Mehmeti's strike from the edge of the box two minutes from time secured a share of the spoils for Gareth Ainsworth's side.

Wycombe had chances either side of the break, with Akinfenwa heading over and Dieng on hand to parry David Wheeler's long-range header out for a corner, Horgan then beat the offside trap but saw his effort diverted into the side-netting by Dieng. 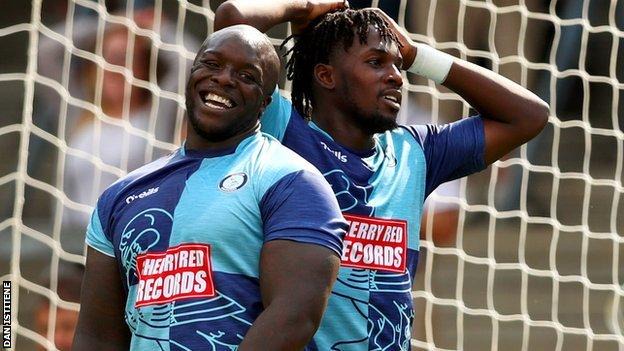 Wycombe brought on a series of attacking substitutes, with Kashket replaced by Ikpeazu, who had impressed at Bournemouth in midweek, but it was his fellow replacement Mehmeti, also introduced in the 76th minute, who had the most telling impact, finishing a surging run with a low shot that Dieng could only bundle into his own net to silence the away fans Adams Park.

In Scotland, Joe Aribo was impressive for Glasgow Rangers and got an assist in their 3-1 victory over Motherwell, as The Gers maintained their unbeaten run and remained top of the table in a game that saw the former Charlton Athletic of England lad get his 11th league appearance. 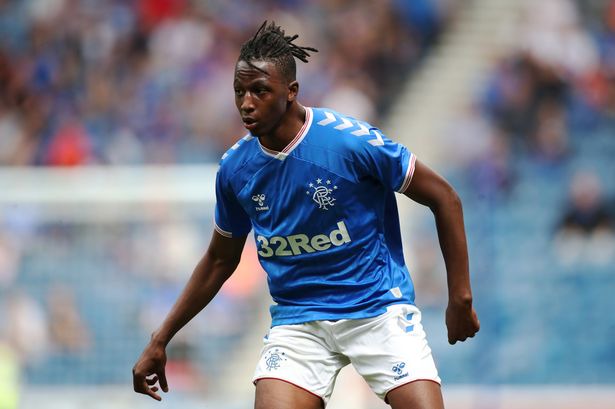 Aribo’s side stormed back, after the visitors took the lead in the sixth minute courtesy Callum Lang, following which The Gers fought harder in the second half and regained control of proceedings when Kemar Roofe netted in the 73rd minute.

Cedric Itten then put Steven Gerrard’s side ahead after benefiting from Ianis Hagi’s assist and Aribo then got off the bench as a second half substitute to set up Roofe for his side’s third goal that helped them maintain their lead atop the Scottish Premiership with 50 points from 18 games.