By NewsVibez (self media writer) | 2 years ago 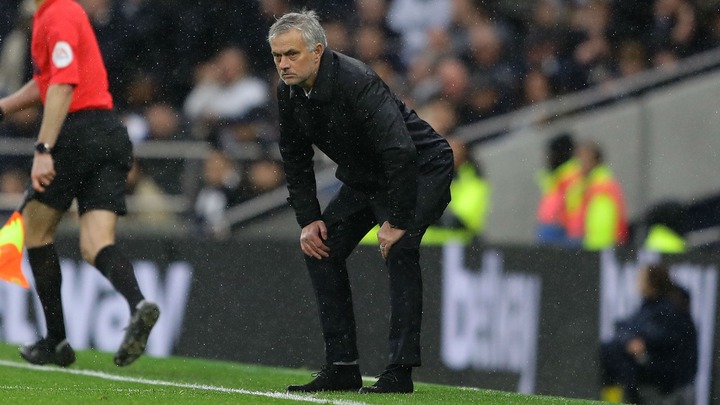 Jose Mourinho praised his players for standing firm against what he described as "monsters in the air" after Tottenham produced a second-half turnaround to see off Brighton and Hove Albion.

After losing 2-0 last time out to London rivals Chelsea, Spurs appeared in danger of suffering a second successive home defeat when they fell behind on Boxing Day, Adam Webster heading in a free-kick in the 37th minute.

However, Harry Kane - who had earlier seen a goal ruled out for offside - drew the hosts level before Dele Alli struck what turned out to be the winner with a wonderful 72nd-minute finish, much to the delight of the Spurs boss.

Mourinho felt his side had not played that badly before the break, but just needed to change "bits" to launch a comeback against a team who always posed a threat at set-pieces.

"Really happy with the second half. We changed bits. I'm not saying players - it was not about players - it was about bits. Those little things sometimes make a difference," he told Amazon Prime.

"But in the first half it was not a disaster, it was not a bad performance. It was a difficult game against a good team.

"After a defeat is never easy, when you don't start well after a defeat, I always think it affects the self-esteem and confidence. Then we conceded a goal from something in football that is very difficult to control.

Content created and supplied by: NewsVibez (via Opera News )