By Marayanatha (self media writer) | 12 days ago

European Championship 2020 winner Italy hosted Spain at San Siro in the semi-finals of the UEFA Nations League on Wednesday. The game was a very tough one with Spain desperate to pay back after Italy kicked them out of the Euro 2020.

Before the game, Italy was the favorite to book a place in the finals of the tournament which will be played on Friday, but unfortunately, Juventus center back Bonuccci was sent off in the 42nd minutes. 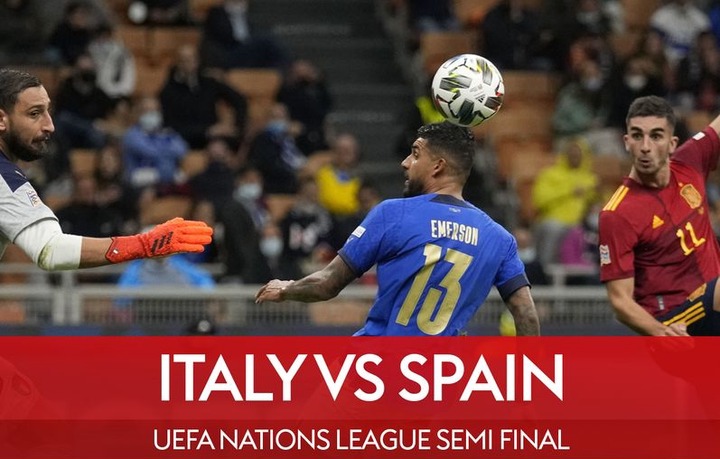 The red card gave Spain an upper hand against the Italian, and that led to Manchester City's winger Ferran Torres scoring two goals before Lorenzo Pellegrini scored a consolation goal in the 82nd minute.

Here in this article, we are going to show you the top four Spain's best players against Italy.

The Manchester City man became the man of the match after scoring twice to hand his country Spain a place in the finals of the European tournament. 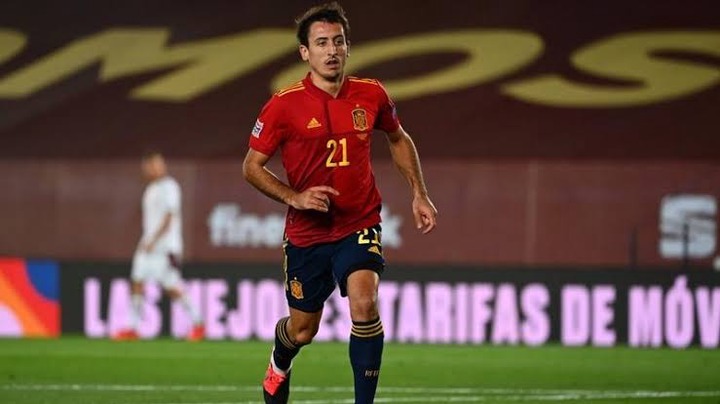 Mikel underperformed in the Euro 2020, but this time around he vowed to make up. The Real Sociedad midfielder was the second-best player of the game, providing two assists and also creating numerous chances for Spain. 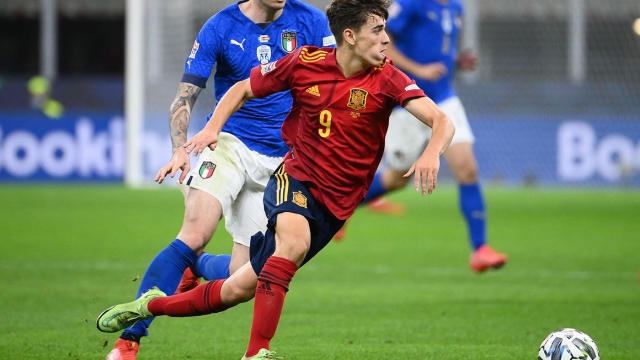 The Barcelona star was handed his Spain debut in the UEFA Nations League semi-finals. At just 17 years, Gavi becomes the youngest player to play for the Spanish national team. Gavi made 89% pass accuracy, 68 touches, 53 passes, 4 successful tackles, and 1 dangerous through ball. 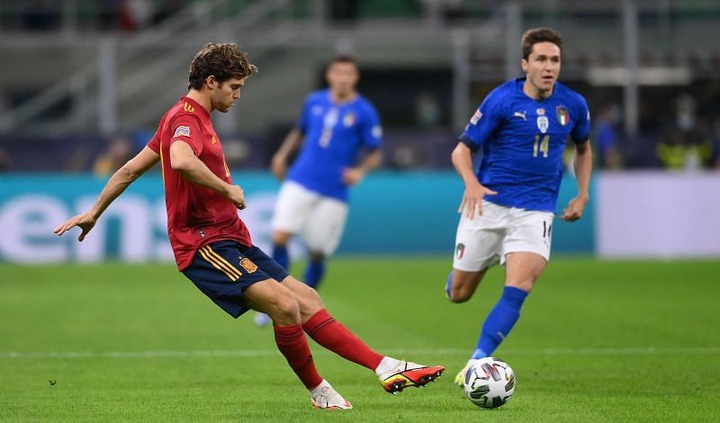 Marcos Alonso extended his impressive run of form to the national team side, Marcos was arguably the most versatile and creative player on the pitch. Alonso was instrumental in the build-up for the two goals and was very energetic at the back.

Italy played so well despite the first-half red card.