WWE Superstar MVP has had a great effect on Bobby Lashley, ever since he started helping the latter in realising his true potential. In the weeks that followed, MVP was seen engaging in similar conversations with popular RAW Superstars with an intention to persuade the into joining his side.

This led to further speculations about MVP wanting to form a heel stable on RAW. In his latest interview with TalkSport, MVP confirmed the news and said that he indeed wants to form a stable on RAW. However, he is still discussing the prospects backstage and wants the fans to keep an eye out for him.

Here's what MVP had to say about his plans on RAW: 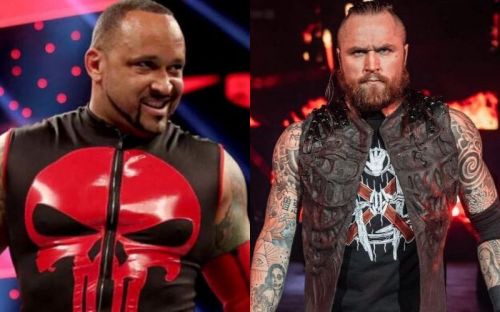 "Absolutely. It’s something I’ve been discussing and let’s see how things go… let’s just say there’s a method to my madness! I think everyone will be pleasantly surprised if I can take this… just watch me work! I’ll leave it at that – watch me work."

Talking about The Street Profits, The Viking Raiders, and Aleister Black, here's what MVP had to say:

"I’m blown away by the Street Profits. Those guys are just phenomenal talents. The Viking Raiders, I finally got a chance to work with them a little while back in a tag match and before I got a chance to work with them, I was just impressed by their work. Phenomenal. Aleister Black is another guy that has impressed me a great deal in the ring and out of the ring and behind the scenes."

What's next for MVP in WWE?

Over the last few weeks, we saw WWE Superstar Apollo Crews pick an injury that ruled him out of action for a while. Right before that, he had lost his match against MVP, and the latter wanted to make full use of this opportunity.

MVP unveiled the new United States Championship in the absence of Apollo Crews and continued with his antics until it led to an altercation between the two Superstars.

Both MVP and Apollo Crews are now set to lock horns with the US Championship on the line at WWE's upcoming PPV, Extreme Rules 2020.