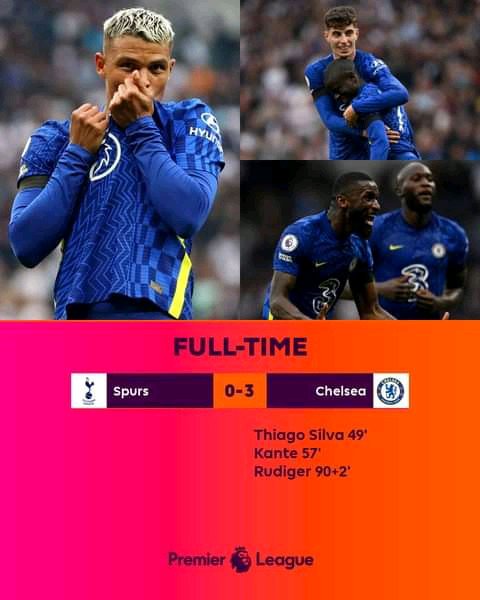 The Matchday 5 matches have all been played and there were some impressive performances from many players. Some players also put in disappointing performances. Players like Cristiano Ronaldo, who just can't stop scoring, N'Golo Kante, who had a splendid 45-minute cameo against Tottenham Hotspur, David De Gea, who saved a last-minute penalty to preserve his team's lead and many more performed Impressively.

This has prompted English football legend Alan Shearer to pick the Matchday 5 Team of the Week. He went for a 3-4-3 formation. 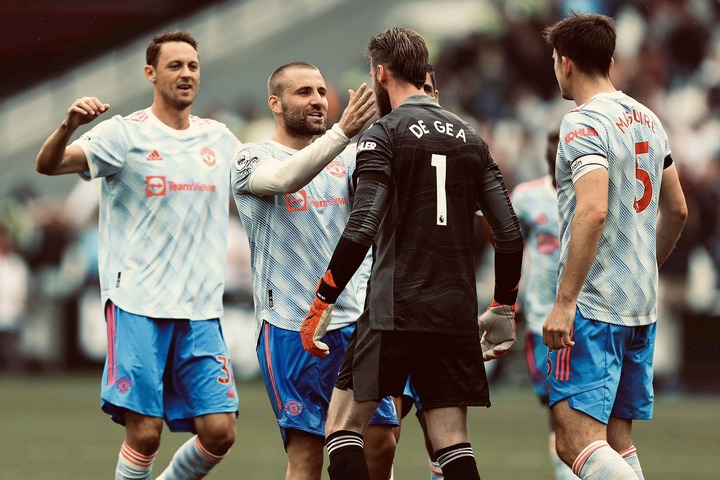 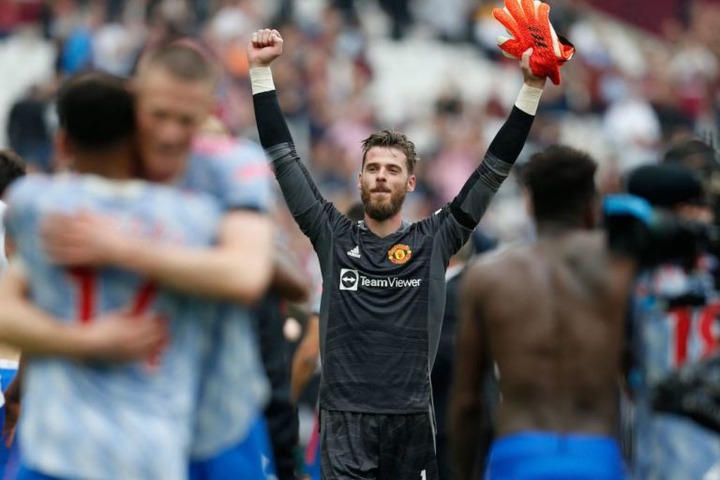 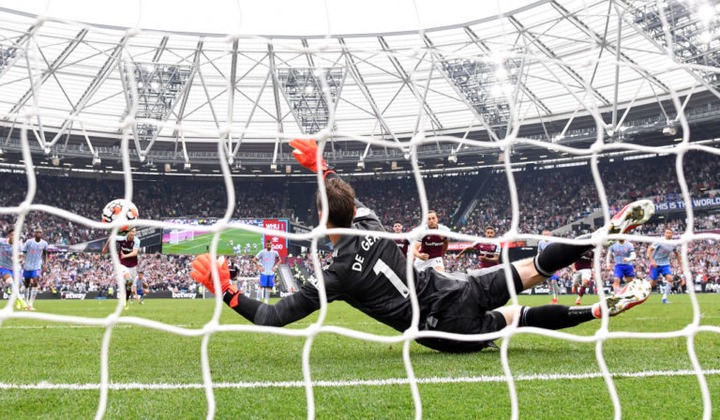 Alan Shearer went for David De Gea in goal. This was obviously because the Spaniard saved a penalty in the last minute of Manchester United's match against West Ham on the weekend. This was his first penalty save since 2016, having faced 40 penalties without saving any. 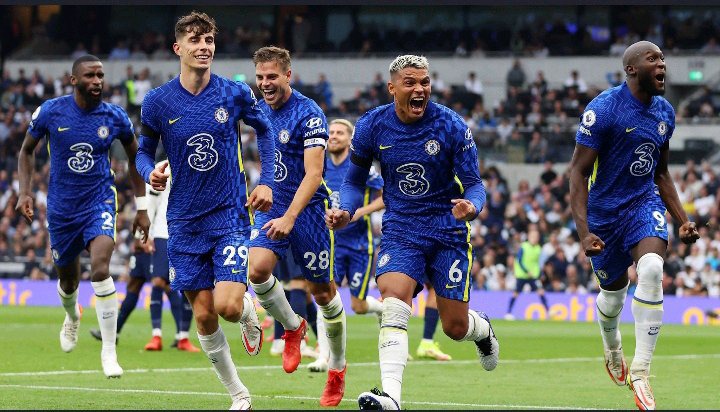 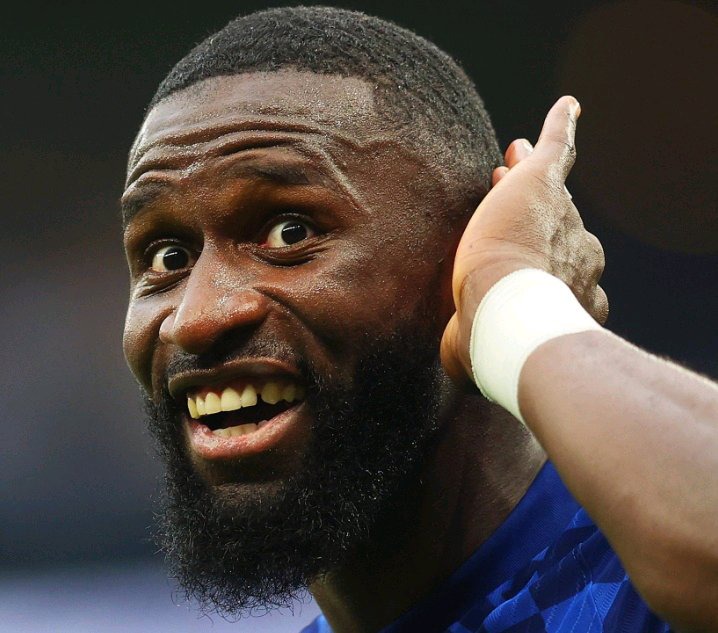 The backline consisted of Thiago Silva, who scored against Tottenham Hotspur and also put in a rugged defensive performance, Southampton's Jan Bednarek, who helped his team keep a clean sheet against Manchester City, and Antonio Rudiger, who also scored in Chelsea's game against Tottenham. 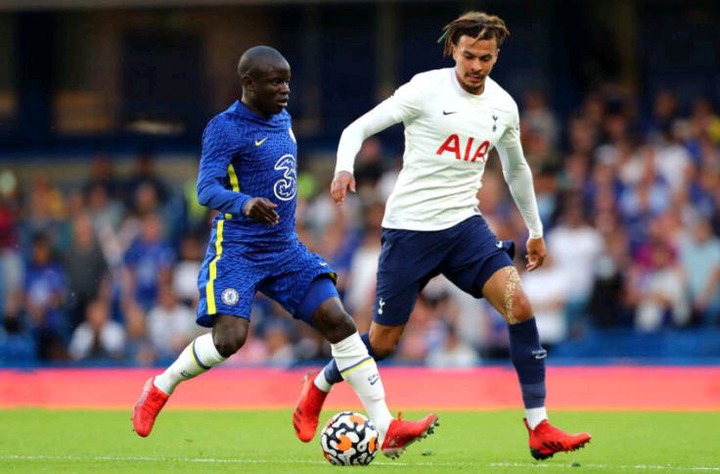 His midfield consisted of Marcos Alonso of Chelsea, who continued his resurgence this season by putting in a great performance against Tottenham and capping it off with an assist, N'Golo Kante, who was impressive after he was subbed in at the beginning of the second half, Oriol Romeu of Southampton, and on the right is Aston Villa's Matty Cash, who put in an impressive attacking performance against Everton, scoring one goal. 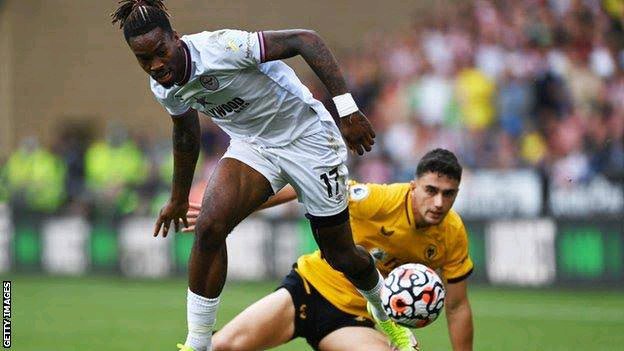 In attack, Alan Shearer picked Ismaila Sarr of Watford on the right after he scored a brace against Norwich City, Brentford's Ivan Toney, who scored and provided an assist against Wolves, at the centre of the attack, and Allan Saint-Maximin of Newcastle United on the left. 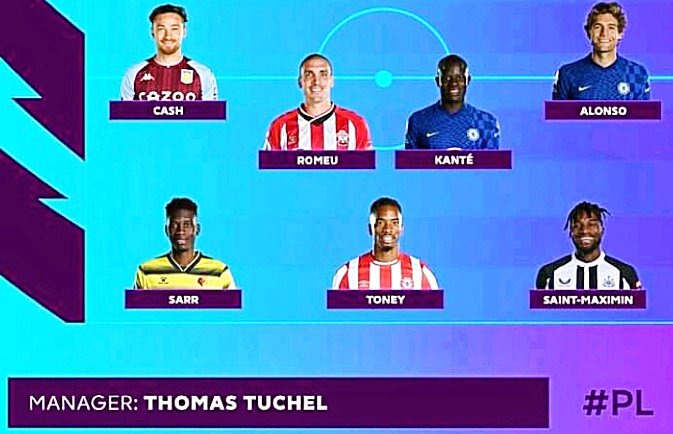 He also selected Thomas Tuchel as the manager of the week for masterminding Chelsea's 3-0 win against Tottenham Hotspur. 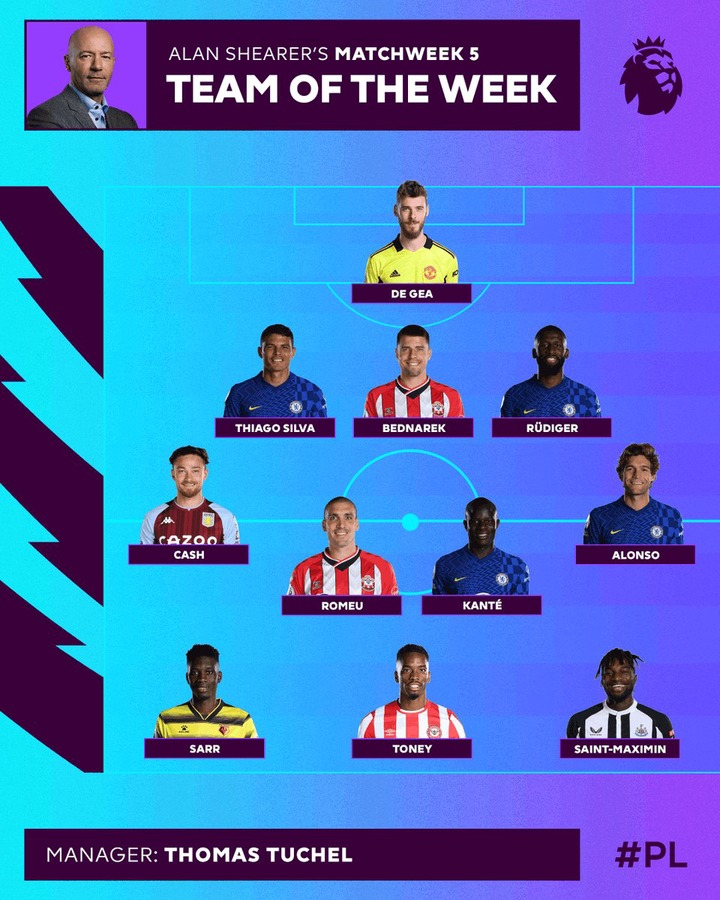 Who do you think should be in the team but isn't? Share your thoughts below.