Golden Eaglet captain Tijani Samson has joined Austrian Bundesliga champions, RB Salzburg. He has signed a five-year deal with the club.Tijani featured for Nigeria at the 2019 FIFA U-17 world cup in Brazil. 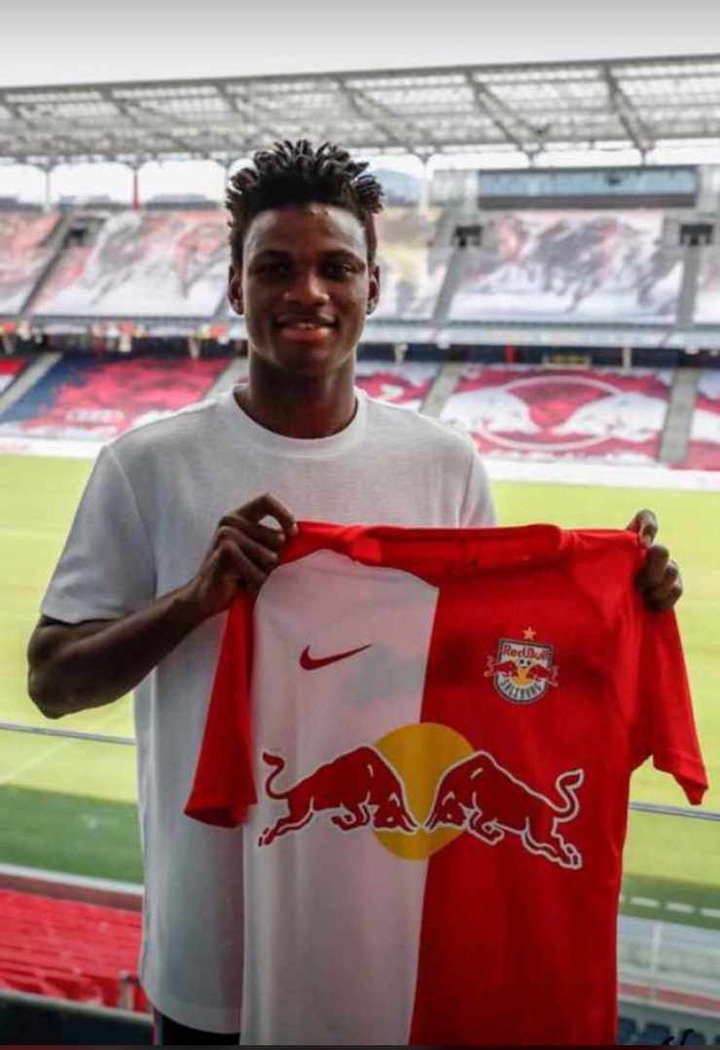 Prior to the U17 World Cup in Poland last year, Tijani reportedly rejected a move to Danish side FC Midtjyland who were prepared to pay £600,000 for his services but he turned down the offer with hopes of getting better deal after the tournament. His long wait paid off isn't it?.

Tijani made four appearance at the world cup, scoring two goals as Nigeria were bundled out of the competition by Netherlands in the R16. The Nigerian star is compared to departed Japanese star Takumi Minamino who joined Liverpool in January after four seasons with the Austrian Champions. Minamino recorded five goals and six assists in fourteen appearance before his departure and Tijani has been tipped to follow his footsteps. Even though he lacks European experience but football is about using your head and being creative. Tijani has the strength and intelligence needed in the midfield to fill the void.

Belgian side Club Brugge and Danish Superliga team Aarhus were reportedly among the clubs interested in the teenage sensation.

Tijani will now team up with follow Africans namely Ghanaian Majeed A Shimeru, Cameroonian Jerome Onguene, Two Zambians, Sekou Koita and Mohamed Camara from Mali and finally Nigerian-German striker Karim Adeyemi who are on the payroll of the club.