By NigeriaNews001 (self media writer) | 2 years ago Manchester United was not able to continue their winning run to secure a place at the FA Semi-final against Chelsea, the two Premier League clubs both went with the aim of winning and to come out Victorious.

At the beginning of the match, coach Ole rested two front key players, Greenwood and Martial in the game against Chelsea, this a mistake Coach Ole will live to regret till the end of the season.

Manchester United have now lost their first Match out of 18 played games since the beginning of this year, as they loss 3:1 to Chelsea. This as destroys all Manchester United FC dream to lift a trophy this year.

It was a tough match for Manchester United to maintain dominance as the Chelsea players were seen everywhere making the game unfavorable for ole's men. David de gea wasn't also at his best today, as a Man Utd fan, I would blame him for the two first goals, even though he made some superb saves, it wasn't good enough to cover the mistake he made earlier. 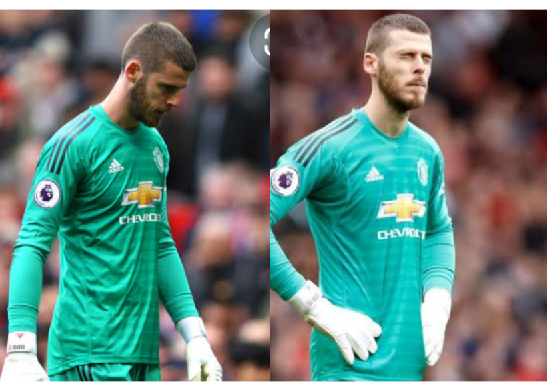 Fernandes was totally provoked today, he was left alone as the main man to suffer through out the first half, he made some good pass but their was nobody to convert it into a Goal. He was the only one who came close and did the score for Man Utd tonight.

However, even though Chelsea came out Victorious in today's game, there is still more to come in the FA Cup, as they would be facing their premier rival Arsenal in the finals, and i believe it will be a difficult game for Chelsea going with Arsenal impressive records in the competitionon.

Man United fans were totally not impressed with the performance of their Star players.

Here are what the world thinks about today's Match

Superb win for Chelsea. Man Utd absolutely dismal, with a number of awful individual displays (not just De Gea), but Chelsea did a superb job on them — tactically, physically, winning all the battles. Big performances from Mount and James symbolic of their approach under Lampard

"De Gea can’t really be excused for that again today. This isn’t a one-off either. He’s genuinely been making mistakes like that for over a year now and he can’t keep getting away with it. Nobody at a club should be allowed to get too comfortable. Ever."

"Frank Lampard says it is a great achievement to make the FA Cup final but the most important thing is to win that final. He says today was a performance of a huge character so he is very happy.

"Could see the logic of Solskjaer's selection given previous success v Chelsea + need to rotate but didn't work at all. He did change at the first opportunity but ultimately United couldn't shake lethargy. Again highlights lack of depth in the squad. Big decision to be made on De Gea. #MUFC"

" De Gea is unrecognisable from the keeper that won four player of the year awards out of 5. He's making mistakes and you look at the three goals today and think a confident on form De Gea saves all three." #mufc [BBC]"

Coach Ole "Solskjaer on De Gea: "Obviously, everyone has to perform. Everyone has a chance to stake a claim in the team when they play. David knows he should have saved the second goal, that's over now and we have to look forward to Weds." #FACup #MUFC"

Solskjær: "I can't speak for David de Gea's confidence but he is mentally very strong. He knows he should save that one 100 times out of 100 but that's football for you. I made the decision to play him and mentally he was ready for it." #mulive 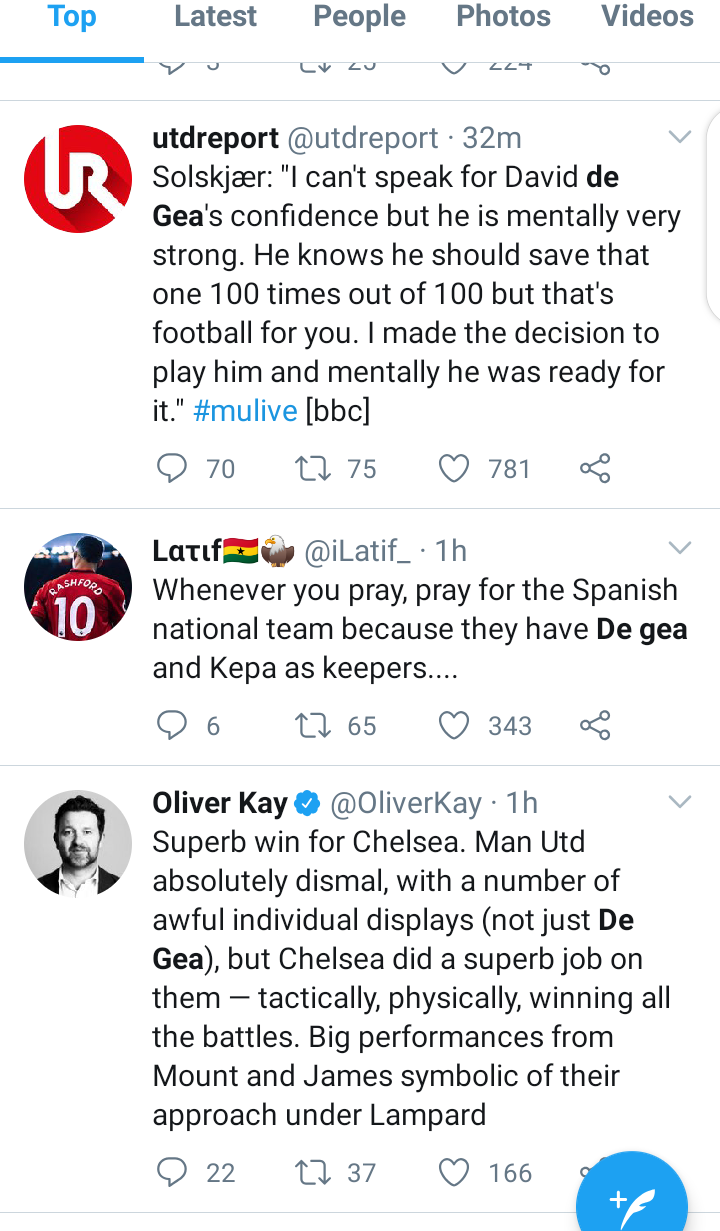 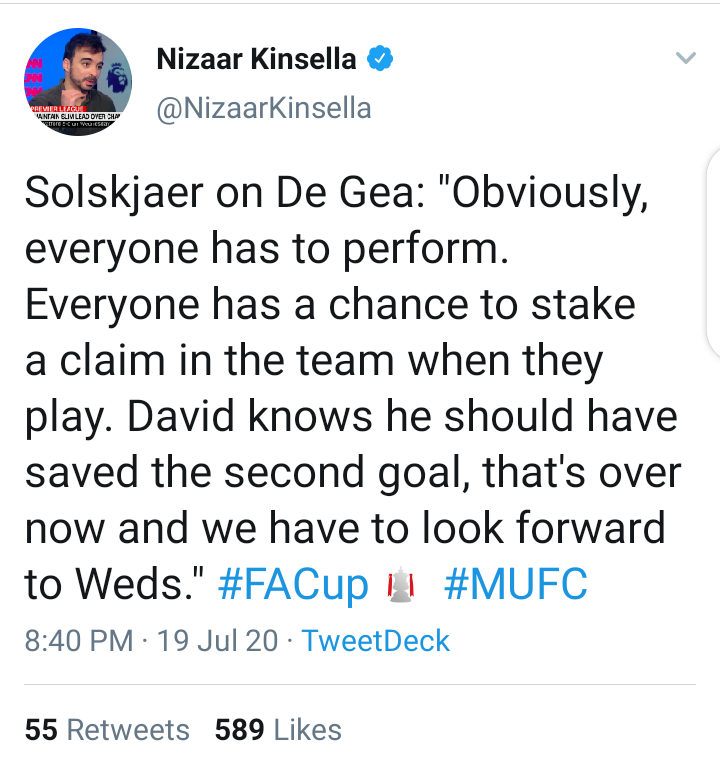 what do think about today's match?

Are you happy with the outcome?

Content created and supplied by: NigeriaNews001 (via Opera News )