By Valid_Platform (self media writer) | 19 days ago

Lionel Messi is no doubt one of the greatest footballers to ever grace the game. The Argentine magician have won almost every available trophy there is, but his recently won Copa America is obviously his greatest achievement. More so, the PSG star is favorite to win the 2021 Ballon d'Or as there has allegedly been several leaks all in the favor of the Argentine. 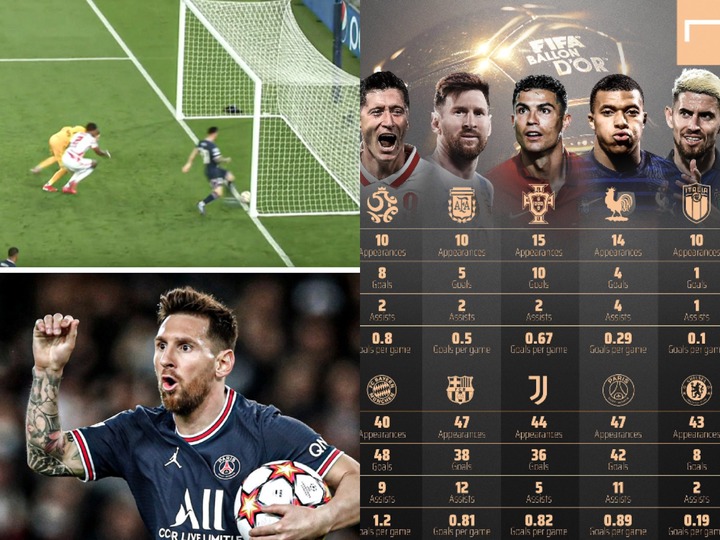 Messi might be favorite to win the Ballon d'Or but he still has worthy opponents. Players like Lewandowski, Jorginho, Benzema, Ronaldo amongst others are also top contenders. Various sports outlets have released individual stats of these players, but one thing I noticed is that Lionel Messi's stats were not accurate. First of all, we are going to take a look at the accurate stats before going into the inaccurate stats. 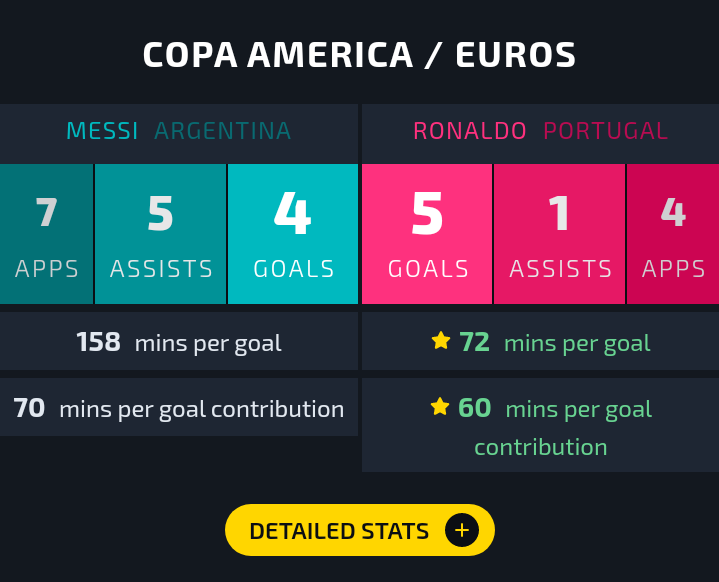 In the Copa America alone, Messi bagged 4 goals whilst providing 5 assists, making him the tournament's top scorer and top assist provider. In all internationals played in this year, Messi has a total of 9 goals and 5 assists in 14 appearances. 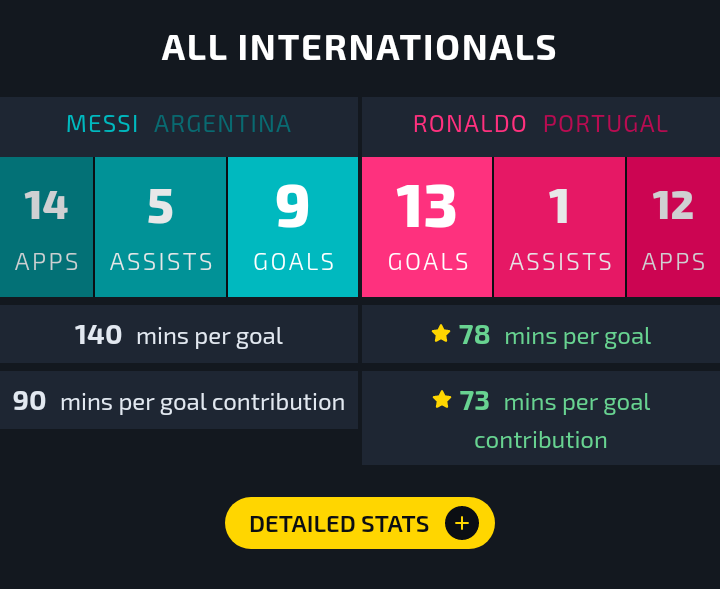 Below is a photo of Messi's stats in the year 2021 both for club and country. Messi has registered 40 goals and 14 assists in 51 appearances this season. Football fans who actually watch football should know that these are the real stats. Let's look at the 3 sport outlets that released inaccurate Lionel Messi's stats: 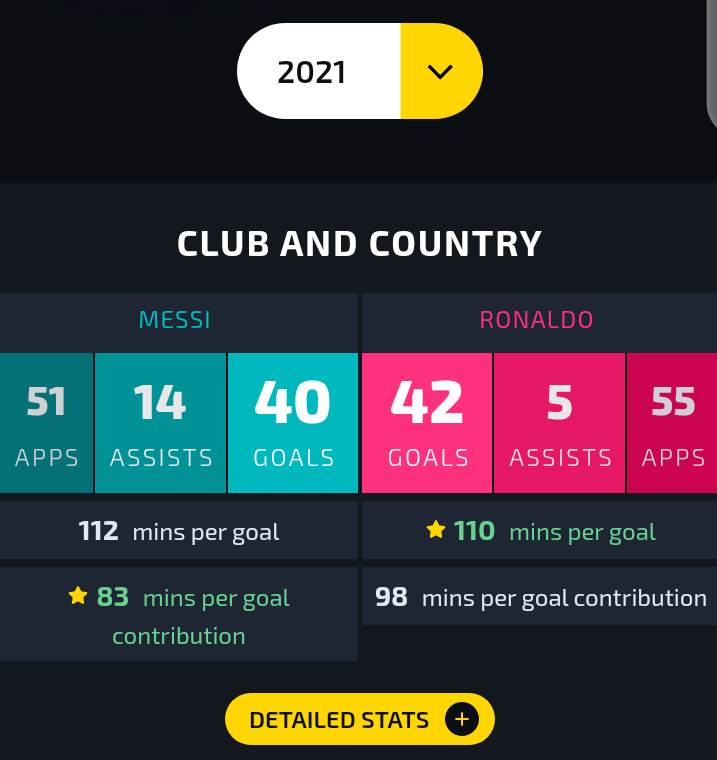 BT Sport is a group of pay television sports channels provided by BT Consumer; a division of BT Group in the United Kingdom and Ireland that was launched on 1 August 2013. This sport outlet released an inaccurate stat of Lionel Messi showing that he has registered only 31 goals, 9 assists, and made only 37 appearances. I think they made the mistake for all players. 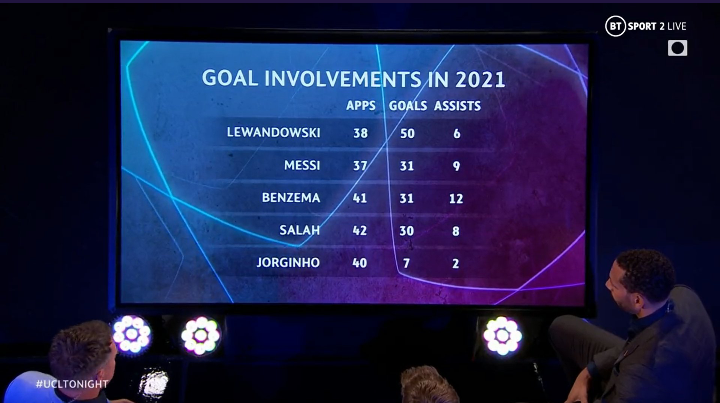 Sky Sports is a group of British subscription sports channels operated by the satellite pay television company Sky Group, and is the dominant subscription television sports brand in the United Kingdom and Ireland. This brand made a very obvious mistake in Messi's stats. According to Sky Sports, Messi has 0 international trophies and 3 champions league. 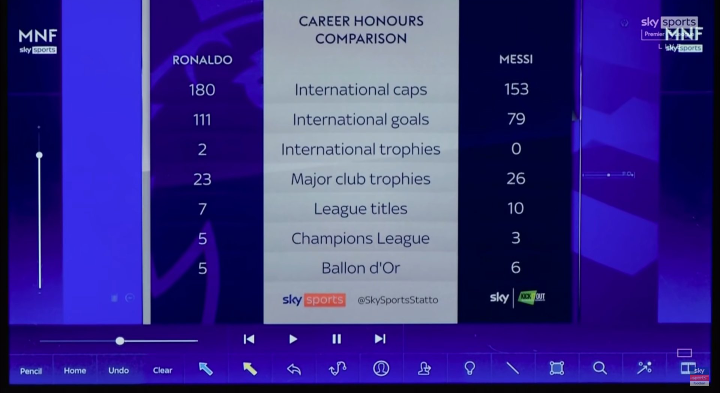 Goal is an international association football news website founded in 2004 by Chicco Merighi and Gianluigi Longinotti-Buitoni. This brand has been a reliable source for accurate sports news, but their recent stat of Lionel Messi is just inaccurate. According to them, Messi made only 10 appearances, scored 5 goals, and provided 2 assists. So how did he emerge as the tournament's top scorer and top assist provider? 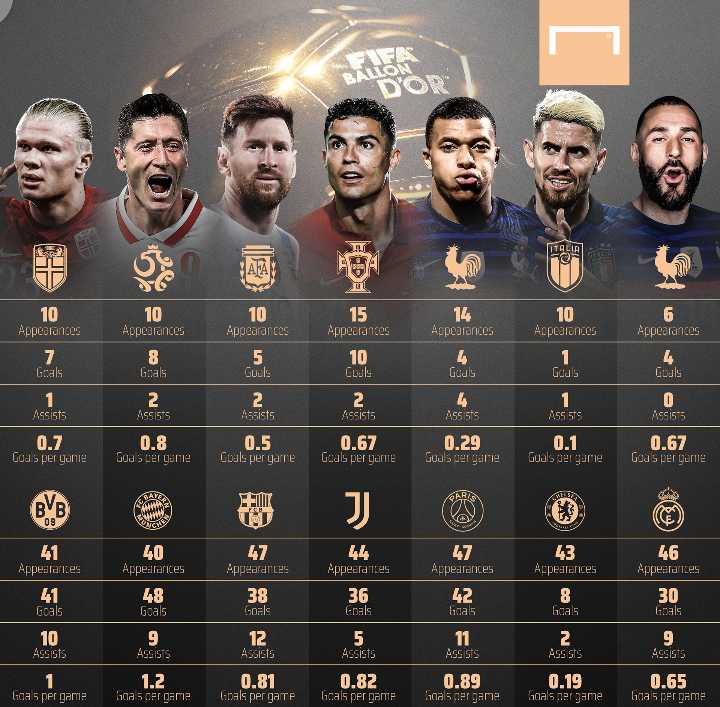 Content created and supplied by: Valid_Platform (via Opera News )