Chelsea set for the FA Cup Final against Liverpool; Kai Havertz misses out

By Ambsworld (self media writer) | 12 days ago 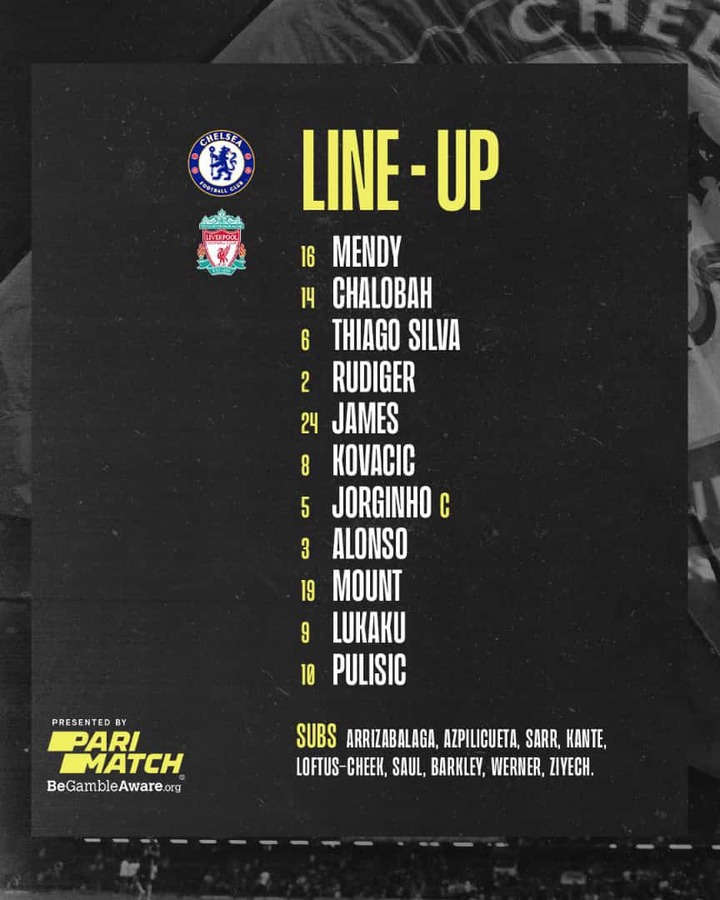 The blues will be without hitman Kai Havertz in the Crucial Fa Cup Final at the New Wembley Stadium.

The blues hope to get their only official silverware of the season. And they must fight it out against Jurgen Klopp's side who are pushing it out to get the first-ever quadruple.

Chelsea will be with hitman Goalkeeper, Eduard Mendy in goal. The Senegalese were also in goal against the Reds in the Carabao Cup Final in February.

Thomas Tuchel will Go with his regular 3-4-3 formation, at the back, it will be Chalobah, Rudiger, and Thiago Silva. The trio has been in formidable forms keeping tabs on strikers and opposition.

Reece James has been playing from the wing all this while and will still be there for the blues today.

At the midfield, it will be a combination of Mateo Kovacic and Jorginho while Marcus Alonso will work from the left wing in bringing good crosses from the flank as well as Reece James.

The attack for the game comprises Mason Mount, Romelu Lukaku, and Christian Pulisic.

Chelsea has played Liverpool on three occasions this season with all ending in a draw after 90 minutes.

Liverpool is playing its second FA Cup Final at the New Wembley and the two have been against Chelsea. They met in 2012 when the Blues won 2-1.

This will be the second time both teams will be meeting.

Chelsea would want to avoid being trophy-less this season as they've not and cannot win any other major trophy apart from the FA Cup.

While Liverpool is in the race for the first-ever quadruple, they are open to winning all major trophies this season.

A win for Chelsea will take the club FA Cup titles to Nine, while a win for Liverpool, take the reds tally to Eight.

Content created and supplied by: Ambsworld (via Opera News )