Raphinha: I will do my utmost to make Barca big again

By Daddyshoki (self media writer) | 1 month ago

The Brazilian striker revealed that "being here is a childhood dream of mine and my family". 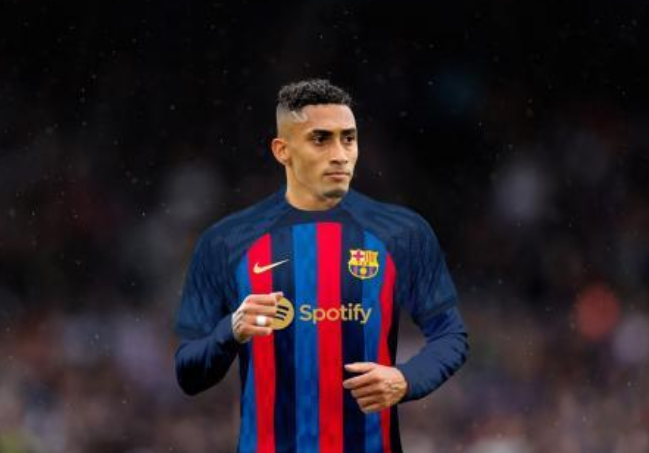 Raphael Dias Belloli, Raphinha, the 25-year-old Brazilian striker, showed in his first words as an FC Barcelona player that he knows he is arriving at a club that is fighting to return to the fight for major titles after a fateful spell. After signing until 2027 with a 1 billion euro buy out clause, he proclaimed that "I'm going to do my utmost to make Barca big again", as enthusiastic as he was convincing in his message, later adding that "I believe that Barca, because of their greatness, should be fighting for all the titles and always thinking about winning. I know the potential of the team. I come here with the aim of winning titles. I will give my all".

He also made it clear that he knows the history of the azulgrana club through the many Brazilians he has seen play since he was a child. "For me, playing for Barca is a childhood dream that I am fulfilling, as well as my family's. I feel very privileged to be here. It's very exciting, I still can't believe it. I will believe it after the first game. I have many idols who have been here and have made history. If I can do half of what they did, I will have done a lot," he said, mentioning some of his idols: "I started following Barca when Ronaldinho came here. I started to be a fan of the team. Then I also continued to be a fan when I left Brazil. If I become half of Ronaldinho it will be a lot. Everyone has their own way of playing. He influenced me a lot, like Deco. Also when Neymar came, he influenced me a lot. They were Brazilians who were making history and I also dreamed of making history here".

He explained that "I made the decision from the start. I wanted to play for Barca. Mateu Alemany and Deco did everything possible. My family supported me. I had already made the decision, but I also had to think about the facts. I made the right decision and I won't make a mistake, for sure".

And he revealed that "I spoke a few times with Xavi and it was a great honour. He was a fantastic player and he is making a career as a coach. He told me I could help the team. I think we can combine the desire I have to be a great player and his desire for me to be important. In that sense, he added that "personally I think that when the group is doing well, the personal side comes out. What I'm going to do is give my best to help the team, and that way I can also have individual success".

The Brazilian made his first 'dribble' as a Azulgrana, but not on the pitch, but in the press room when they tried to 'catch' him about his hypothetical connection giving goals to Lewandowski, who has not yet been signed. "I imagine myself giving assists to players who are already in the squad, such as Aubameyang, Ferran, Ansu... If the president doesn't want to talk about players who are not at the club, then neither do I".

Content created and supplied by: Daddyshoki (via Opera News )