By Mohammedd (self media writer) | 2 years ago

HaveDolph Ziggler surprised the WWE Universe when he interrupted the WWE Champion, Drew McIntyre on WWE RAW a few weeks back. The Showoff announced that he and Robert Roode were the two latest picks that were drafted from SmackDown to RAW that week. As soon as Ziggler made his appearance on WWE RAW, he didn't waste any time and challenged Drew McIntyre to a Title Match at WWE Extreme Rules.Once Dolph Ziggler issued his challenge, Drew McIntyre happily agreed, promising to knock The Showoff's head off with a Claymore Kick. When Ziggler and McIntyre met the next week for the contract signing, Ziggler said that he would be the one to choose the stipulation of their match. 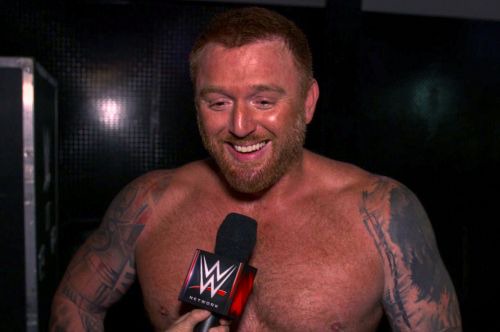 On asking the hosts what stipulation he should choose, Dolph Ziggler got suggestions such as banning the Claymore Kick and an Iron Man Match. Before signing off, Ziggler said that he had a lot of ideas and he will try to get WWE to approve of a match that has never been done before. He went on to promise that the WWE Universe will get a match that it has never seen before.Since winning the WWE Championship from Brock Lesnar at WrestleMania 36, Drew McIntyre has successfully defended the Title against formidable opponents such as The Big Show, Seth Rollins and Bobby Lashley. Will Dolph Ziggler be the one to derail Drew McIntyre?

Content created and supplied by: Mohammedd (via Opera News )