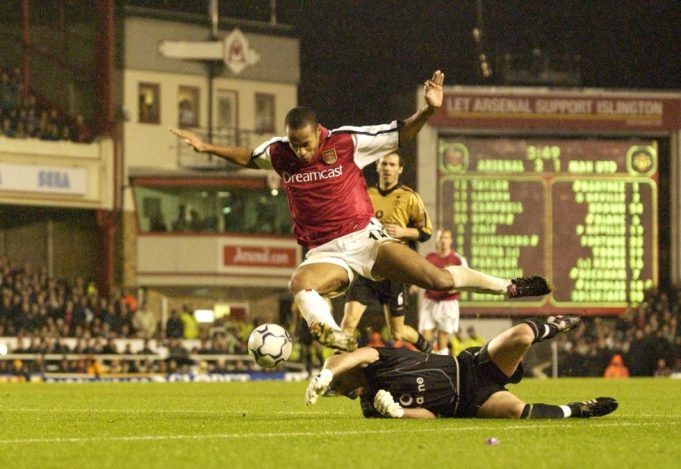 There have been many strikers in Arsenal’s history who have gone down as one of the greats in the English top-flight, leading the club to grand success over the years.

So who were the best Arsenal attackers? Players like Thierry Henry, Dennis Bergkamp, Ian Wright, and Robin van Persie probably come to mind.

So here we will look at who the best Arsenal strikers of all time are. 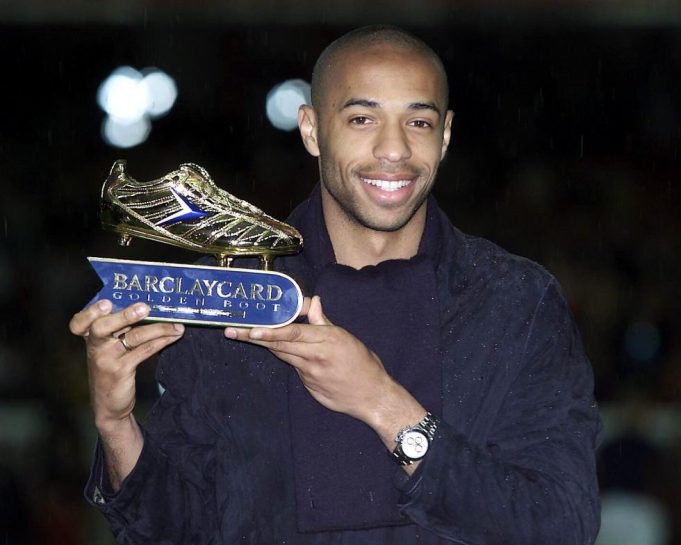 Thierry Henry is Arsenal’s top goal scorer of all time with 228 career goals for the club. Standing at 6 feet 2 inches tall, the Frenchman is a legendary figure in world football and is idolized by many players and fans.

Arsene Wenger signed him in 1999 from Serie A outfit, Juventus. Henry was associated with the Gunners for 8 years before leaving for Barcelona in 2007.

During his time at Arsenal, Henry established himself as one of the best strikers in the history of the Premier League.

Towards the end of his playing career during his time with the New York Red Bulls, the attacker signed with Arsenal on a two-month loan spell in 2012 during the MLS off-season.

He ended up making 4 League appearances on his return and also scored the winning goal in his last game, the 2-1 victory over Sunderland.

During his time at Arsenal, Henry gained the reputation of being one of the best strikers in the history of the Premier League. He now holds a ridiculous amount scoring records across almost all competitions for both club and country. 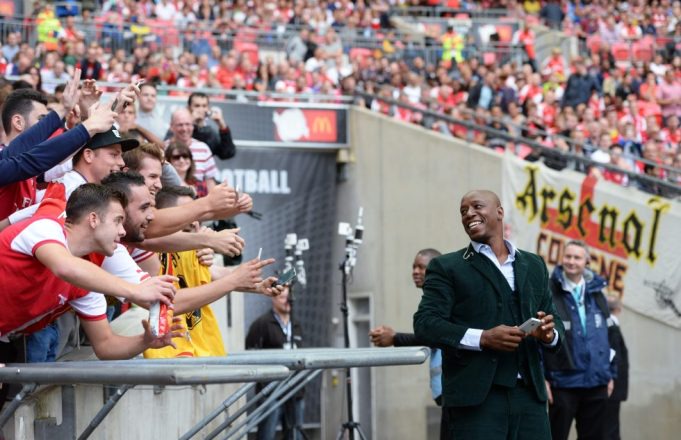 Ian Wright spent 7 years with Arsenal and ended up becoming one of the most influential strikers of his time. He racked up 185 goals in 288 games for the club. He also led the club to a Premier League title, 2 FA Cups, a League Cup, and the 1993-94 European Cup Winners’ Cup.

Wright was signed from Crystal Palace for £2.5m, which at the time was a record fee for Arsenal. He ended up scoring on his debut against Leicester City and even scored a hat-trick on his League debut against Southampton.

On 13 September 1997, the Englishman broke Cliff Bastin’s club-record of 178 goals. Despite being a veteran by the time Arsene Wenger took charge of the North London outfit, Wright continued to score on a regular basis.

He was eventually sold off to West Ham United for £500,000 in July 1998. He earned 33 caps and scored 9 goals for England by the time of his retirement in the Burnley ranks.

Here are a few of his individual records: 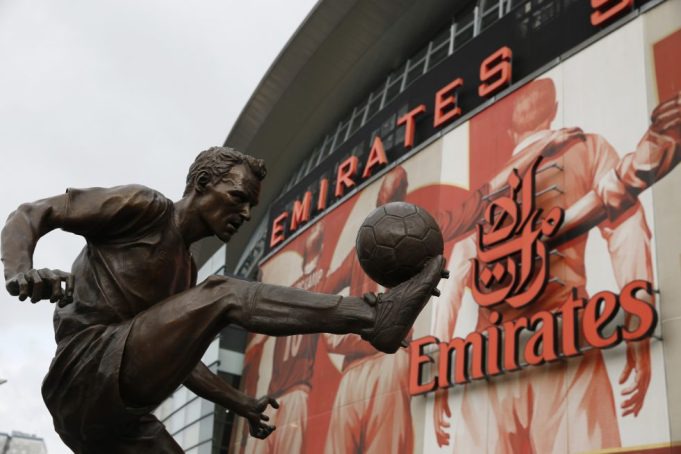 Dennis Bergkamp came into Arsenal in 1995 for £7.5m, breaking the club’s transfer record by £5m. He was regarded as a massive flop early on in his Gunners career but soon his destiny changed under the regime of Arsene Wenger.

The Dutchman was in his prime and quickly established himself as an immaculate shadow striker next to the enigmatic Thierry Henry. He was the club’s top scorer with 22 goals in the 1997/98 campaign, leading the side to a domestic double.

His talents were applicable on almost every position in the final third but he became the most influential from the number ten attacking-midfield role. Bergkamp collected four FA Cup trophies and three Premier League titles during his 11 years with the Gunners.

If there is one thing to notice about Bergkamp’s game when you roll back the highlight clips, it would be his remarkable first touch. The 79-cap former Dutch international glided across the pitch with elegance and grace comparable to a ballerina.

Other than his technical gifts, the former Ajax player was also creative and had an outstanding vision.

Radford is Arsenal’s fourth-highest goalscorer with 149 in 481 games for the club. He earned 2 caps for the England national side and was highly versatile as a player.

He could play as a striker, a winger, or even an inside forward. Radford won the league title, the FA Cup and the Inter-Cities Fair’s Cup once each during his time with the Gunners.

The man joined the North London club’s youth setup in 1962 as an apprentice and ended staying at the club till 1976.

Edward Joseph Drake was a leading figure in changing the role of center-forward in English football. He was strong, powerful, and was the perfect picture of a ‘classic number-nine’.

He scored 6 goals during his 5 caps for the Three Lions. Drake even had a short career in cricket before he shifted all his focus on football.