By SPORTLIVE (self media writer) | 12 days ago 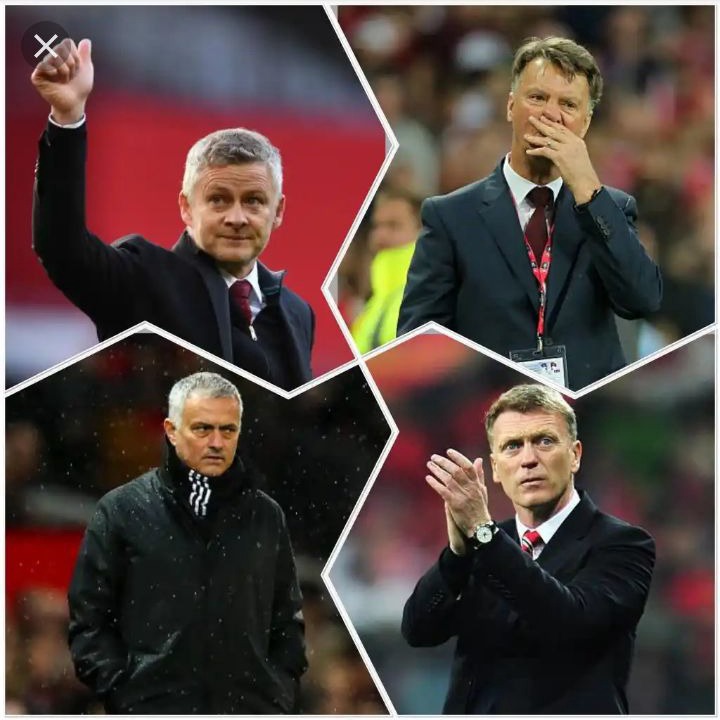 The sacking of Ole Gunnar Solskjaer means that Manchester United have sacked 4 full time managers after Sir Alex Ferguson’s retirement in 2013. All the four managers’ time at United will be termed as unsuccessful as none of them were able to win the Premier League or the Champions League which are the titles a club like Manchester United should be competing for. Many United fans will continue to sing Solskjaer’s name as he is still a popular man but success in football is ultimately measured in trophies. And, Solskjaer as a manager didn’t win any. Without further edo, let take a look at the best Manchester United managers after Sir Alex Ferguson based on ranking. 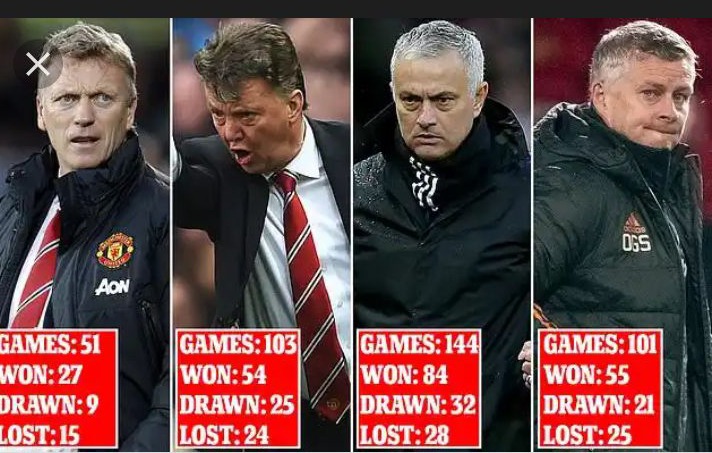 By the slenderest of margins Moyes, the man hand picked by Ferguson to succeed him, takes second in the list. Things started brightly with a Community Shield win and a 4-1 opening day success over Swansea.It soon unravelled though and he looked out of his depth - home defeats to City, Liverpool, Tottenham, West Brom, Everton and Newcastle eventually saw United finish seventh. Moyes wasn't even able to see out the season such was the poor run of results that ended, perhaps fittingly, with a 2-0 reverse at Goodison Park.

One of the greatest Dutch managers of all time, Van Gaal succeeded in arresting the slump at United and tightening the defence. Though known to many for his cheerful and charismatic personality, Van Gaal’s overly cautious approach soon disappointed fans.

The Special One’s tenure at the Theatre of Dreams is often looked down upon, despite the Portuguese manager delivering the League Cup, as well as the Europa League whilst managing to secure Champions League football as well. The downfall of Mourinho’s stint at United was his failure to get the best out of big-money signings Lukaku, Henrikh Mkhitaryan and most notably, Alexis Sanchez. 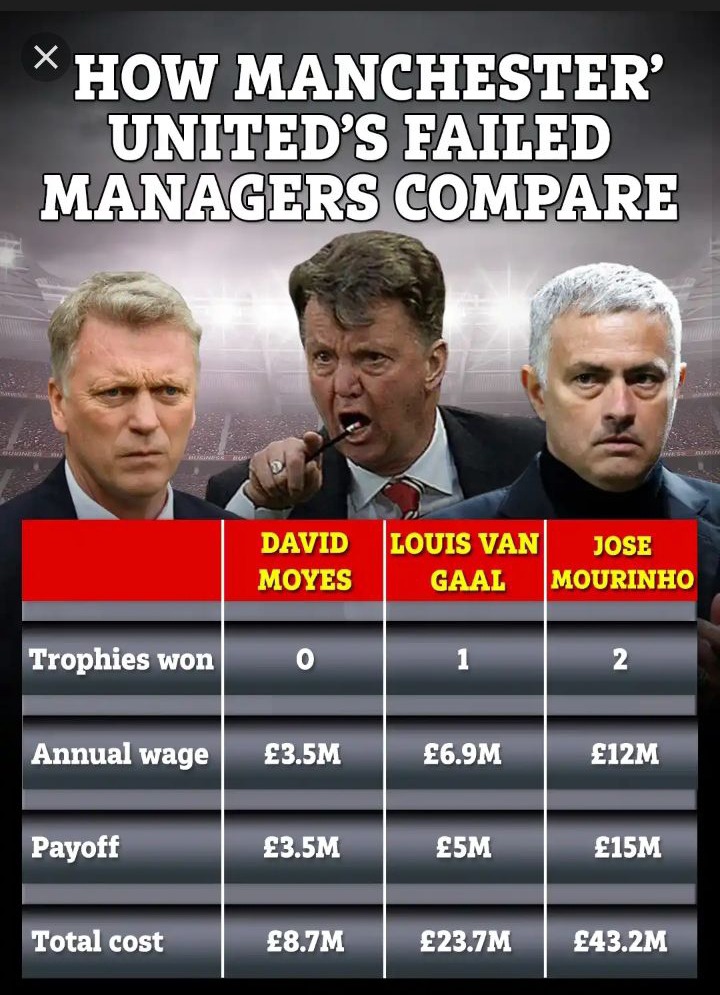 The former United striker transformed the mood at Old Trafford after initially taking charge on a caretaker basis, winning 14 from 19 games to earn the job permanently. Solskjaer led United to third in 2019-20 and runners-up last season, when they also lost the Europa League final on penalties. There has been clear progress and a much-needed cultural reset at the club, but losses to Liverpool, Manchester City and Watford – 4-1 on Saturday evening – compounded recent poor performances and proved to be the end for the 1999 treble hero.