Like wine, 33-year-old Nigeria and Rangers defender, Leon Aderemi Balogun is not only getting better with age, but has also discovered his knack for goals in the twilight of his career. 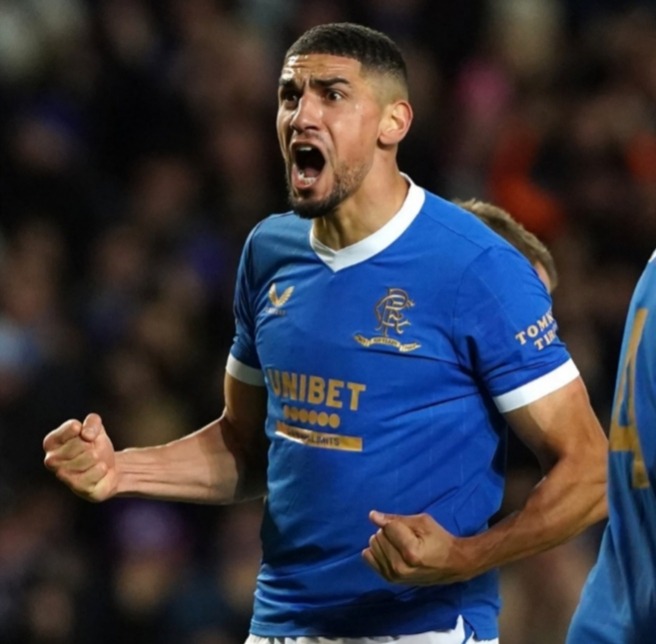 The Berlin, West Germany-born has recently been foraying upfront for both club and country and it was just a matter of time before he start being among the goals.

His adventurous tendencies has now paid off handsomely on both fronts, weighing in with two brilliant goals in 10 days.

The former Mainz 05 defender opened the scoring for Nigeria in their 2-0 win against Central African Republic, in a 2022 World Cup African qualifying tie at Stade Omnisports in Ngaoundéré, Cameroun on 10 October, his first goal in 41 matches since making his debut in 2014.

He replicated the feat tonight, scoring the first of Rangers' two goals that gave them victory against Brondby in a UEFA Europa League encounter at Ibrox Stadium in Glasgow.

He found back of the net on 18 minutes, and played up till the 64th minute when he was replaced by Nigeria team-mate, Calvin Bassey while Joseph Aribo, the third Super Eagles player paraded by Rangers, played from start to finish.

Untill recently, Balogun was only renowned for his defensive abilities, which he displayed at all the clubs he has played, namely; Türkiyemspor Berlin, Hannover 96, Werder Bremen, Fortuna Düsseldorf, Darmstadt 98, Mainz 05, Brighton & Hove Albion, Wigan Athletic and current club Rangers, where he opened his account tonight after 25 outings with the perennial Scottish champions.

He had underscored his hunger for goals earlier in his career, when he scored four goals in 29 matches for first professional club, Türkiyemspor Berlin in the 2007–2008 season and recorded as many goals in 21 matches for Darmstadt 98 in the 2014–2015 season.