By obanlaitunusureboy (self media writer) | 2 years ago

Chelsea and Manchester united fans sincerely need to apologize to former Arsenal FC manager, Arsene Wenger not for anything but for their statement against him some few years back.

Just like we all know, the last few seasons before Arsene Wenger finally said his goodbyes to the club was one of the roughest and toughest season for him as a football manager. During this period, he experienced a lot of poor runs of games. Initially, when Arsene Wenger took the Arsenal job in 1996, he performed outstandingly well for the first decade of him managing the first team. In his first season, Arsenal finished 3rd on the premier league table. Among Arsene Wenger's achievement at Arsenal include winning the premier league 3 times, winning the FA cup 7 times and giving Arsenal the "INVINCIBLE" record a record yet to be matched by any other team till date.

However, things took a new form in the later part of his second decade at the club as the club witnessed poor performance in the league and most especially in the champions league. Apart from facing public rejections from fans of the club themselves, the fans of other football clubs like Manchester United and Chelsea also made jokes of him noting that the only thing he was good at was qualifying the club for the champions league.

However, not many would have paid attention to the statement about Arsene Wenger being a top 4 manager if not because of prevalent issues in the league at the moment. Arsene Wenger made top 4 finish look so easy which made a lot of people ignore the fact that finishing in the top 4 is a big deal. All through Arsene Wenger's stay at Arsenal, he qualified effortlessly for the Champions league every single year.

We can all see that with what is currently going on in the premier league with 3 teams(Chelsea, Manchester United and Leicester City) fighting to qualify for the top 4 finished showed that indeed Arsene Wenger really deserves to be praised and not abused. Also, ever since Arsene Wenger left, Arsenal is yet to feature in the champions league for two consecutive seasons now and will not be featuring in the coming champions league. 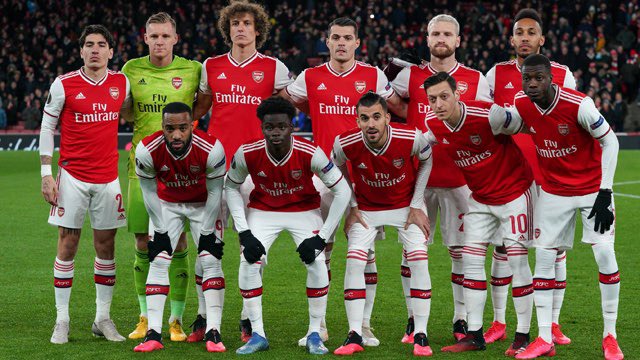 Hence every fan deserves to honour this great man who made the top 4 task easy unlike today that a lot of teams are now struggling to make the list.

Manchester united a once champion is now fighting all their lives for top four just like Chelsea. While you may want to forget, Arsene Wenger did in qualifying Arsenal for Champions League every single year was legendary.

Content created and supplied by: obanlaitunusureboy (via Opera News )