By Adecredible (self media writer) | 1 month ago

Barca have made official the signing of Serbian forward Nikola Kalinic (30 years old, 2.02m) for the next two seasons, until 30 June 2024. The agreement, according to the club in a statement, is pending medical examination. 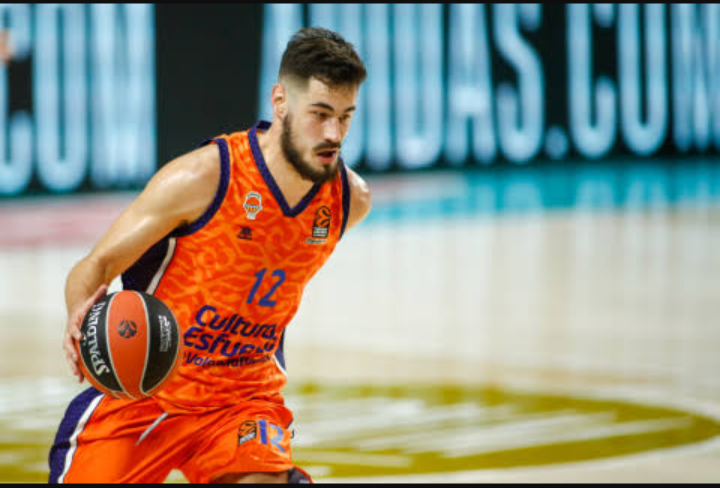 The player arrives from Red Star, with whom he won the Cup, the Adriatic League and the Serbian League last season. Last season he played 32 games in Europe, averaging 12.6 points, 4 rebounds and 3.4 assists in 30 minutes.

Barca have secured the signing of Kalinic after reaching an economic agreement a few days ago with Valencia Basket, the club that had his rights in the ACB after his time with the 'taronja' club two seasons ago. Kalinic has also had to leave Red Star, the club with which he still had one more year of contract in force.

He will fill the vacancy left by Nigel Hayes Davis, that is, a small forward (or even power forward) with good defensive and rebounding skills, who can score from the low post and from the triple, but whose main function will be to play a complementary role to the offensive leaders of the team and who has extensive experience in the top European competition.

Kalinic was born in Subotica (Serbia). He started playing for Spartak Subotica, Novi Sad, Vojvodina Srbijagas and Radnicki before joining Red Star in 2014. From there he moved to Fenerbahce Istanbul, where he spent five seasons, winning the Euroleague in 2017. In July 2020 he signed for Valencia Basket and a year later, with the Valencian team out of the Euroleague, he returned to Red Star.

Kalinic is Barca's fourth signing this summer after point guard Tomas Satoransky, centre Jan Vesely and power forward Oscar da Silva. Barca only needs to resolve the issue of the fourth quota as the center Pierre Oriola could leave the team and give entry in his place to the forward Oriol Paulí.