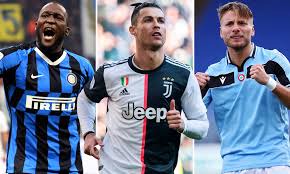 The Seria A match between Juventus and Lazio on Monday, gave the chance for the two top scorers, Cristiano Ronaldo and Ciro Immobile to come up against each other.

Before the game Ronaldo had scored 28 Seria A goals while Immobile who plays for Lazio was on 29 for the season so far.

The third player on the top scorers standing is Inter Milan's Romelu Lukaku who is a bit behind with 21 goals. So the race for the Seria A golden boot award is firmly between Ronaldo and Immobile.

The first half of the match ended in a goalless draw but the second half saw Ronaldo open the scoring from the penalty spot. Three minutes later Ronaldo made it two for Juventus as he tapped the ball in to an empty net after Dybala who was one-on-one with the Lazio keeper chose to play Ronaldo in.

Towards the end of the game Immobile got a consolation goal for Lazio also from the penalty spot after he was brought down by Bonucci in the penalty box.

The brace from Ronaldo and the one goal scored by Immobile in this game now leaves both players level on the top scorers standing with 30 goals each. 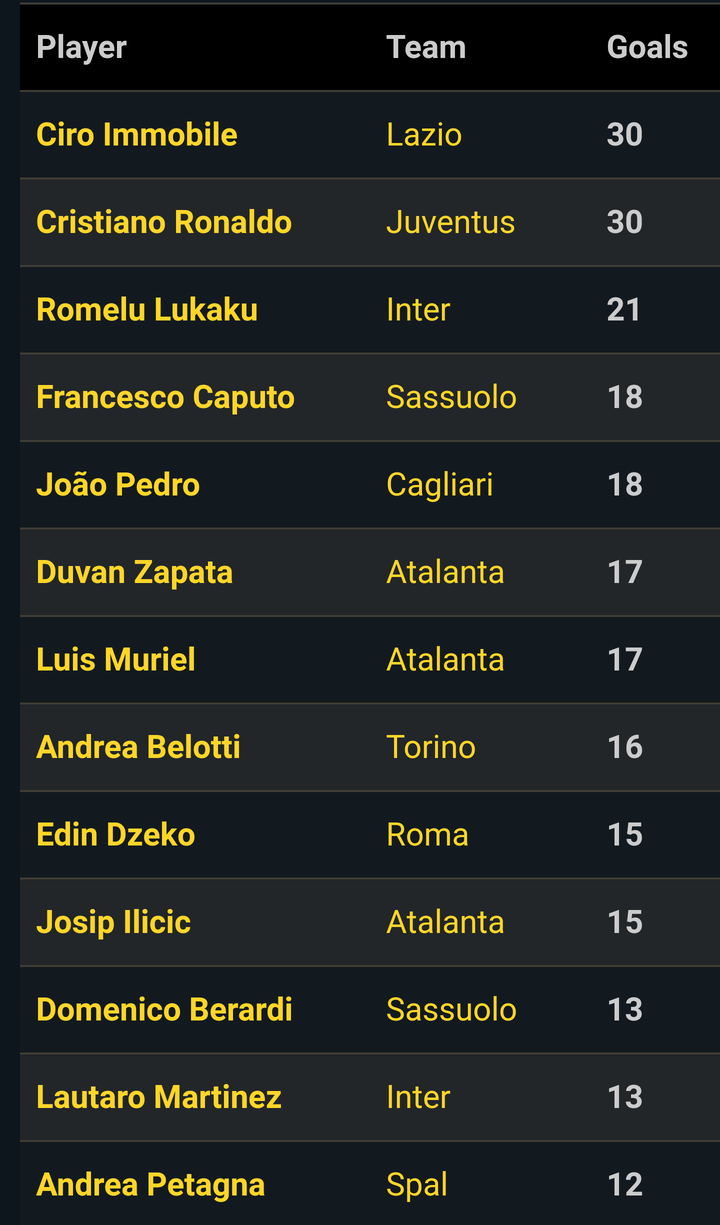 Ronaldo's first goal against Lazio was his 50th Seria A goal since moving to Italy from Spain but he didn't hang around 50 much long as he quickly got number 51 with his second goal. In his 1st season in Italy he scored 21 goals and so far this season he has 30 goals which brings the total to 51.

Ronaldo and Immobile still have 4 games to beat each other to the golden boot award but the momentum is with Cristiano Ronaldo who came from behind to catch-up with Immobile.

Who do you think will win the race for the seria A golden boot award and what do you think about Ronaldo's phenomenal records?

Chelsea 7-0 Norwich: The Performance Of Chelsea Is A Proof That Lukaku's Poor Form Is His Fault.

CHE 7-0 NOR: The ball is Tuchel's court after Hudson-Odoi responded to his criticism by playing well

Official: Chelsea Superstar Wins Man of the Match award after his outstanding performance