This list features a lot of legends and current players that you are familiar with. Since 2001, many players have been competing for the European Golden boot award, but in this article, I will show you players that lead the standings both in goals and in assists since the year 2001. Check them out below. 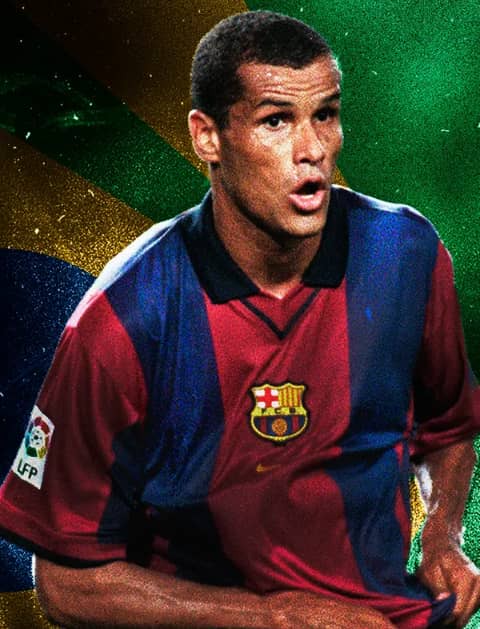 The Brazilian legend had 46 goals and assists in the year, 2001. His form at Barcelona led him to help his national team win the world cup the following year.

Surprisingly, Real Madrid Legend contributed 42 goals and assists to Real Madrid in 2002. He will always be remembered for that stellar performance in that year.

Bayern Legend, Maakay really performed well in the 2005 season for Bayern Munich and the Netherlands national team. He provided 51 goals and assists in 2005 making him the highest to do so in Europe for that season.

The Brazilian legend was instrumental in Barcelona winning the UEFA Champions League in 2006. He provided 50 goals and assists in total that year. These also included the ones he provided for the Brazil national team.

Italian legend and World Cup winner, Francesco Totti had 47 goals and assists in the 2007 season for his club AS Roma amd his country. After his retirement, Roma have forever missed him

Toni is another World cup winner on our list, as he was part of the Italian team that won the 2006 FIFA World cup. He contibuted 50 goals and assists for Bayern Munich and the Italian national team in 2008.

Messi dominated European football with the highest goals and assists for 4 good years. He famously scored ans assisted 104 goals in the 2012 season for Barcelona and the Argentina national team.

Ronaldo broke Messi's jinx in 2014 when he contributed 68 goals and assists in the 2014 season for Real Madrid and the Portuguese national team. 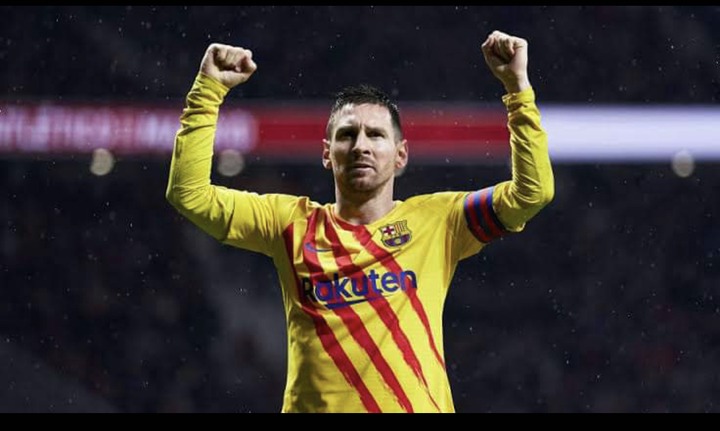 Messi rose again and contributed 88 goals and assists in all competition for club and country in the 2015 season. 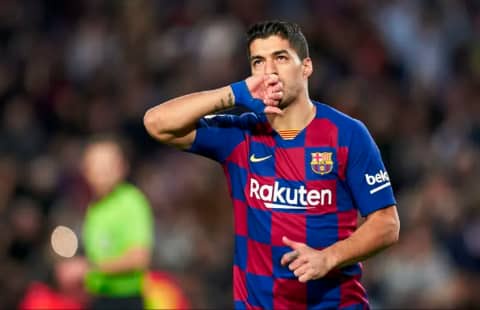 A part of the 'MSN' (Messi, Neymar and Suarez), Luis Suarez contributed 81 goals and assists for his club, Barcelona and his country, Uruguay in the 2016 season.

Robert Lewandowski was so unfortunate as he didn't win the Balon D'or in 2020. Though, his performance was very positive in that season. He contributed 65

goals and assists for Bayern Munich as they won the 2020 UEFA Champions League title. 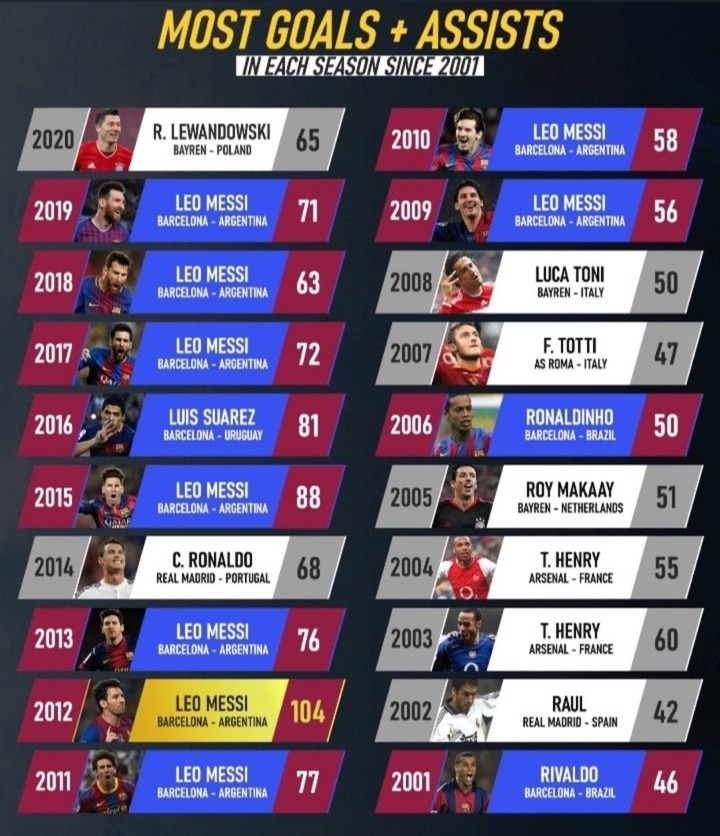 Currently, as things stand, Lewandowski and Messi are the favorites to be 2021's goal and assist leaders but the year hasn't summarized yet. Thus, we can't be sure, but at the end of the year, we will see the outcome and who will go home victorious.