Chelsea triumphed over Manchester United at the semi final stage of the FA Cup fixtures between the two teams at Wembley. Goals from Oliver Giroud and Mason Mount, as well as an own goal from Harry Maguire were enough to see Chelsea win United 3-1, while Bruno Fernandes scored a penalty for Manchester United. 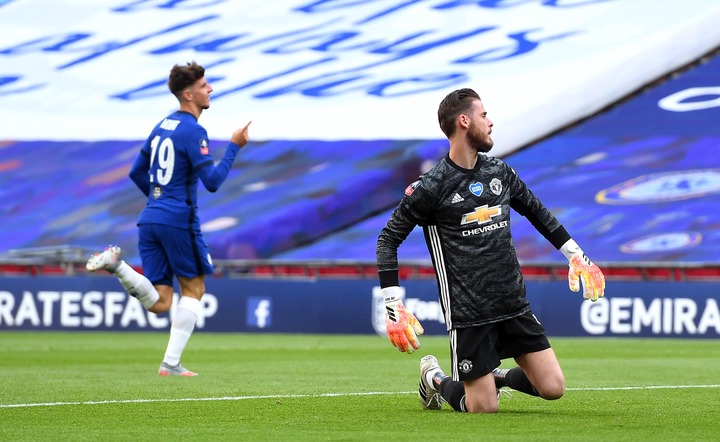 The goals that were scored against Manchester United are debatable, especially for the fact that United possessed more of the ball and dominated the attack. Fans had taken to social media platforms to show their upset and request for the effective immediate termination of David De Gea's contract with their club, as they all blame him for the loss of tonight. 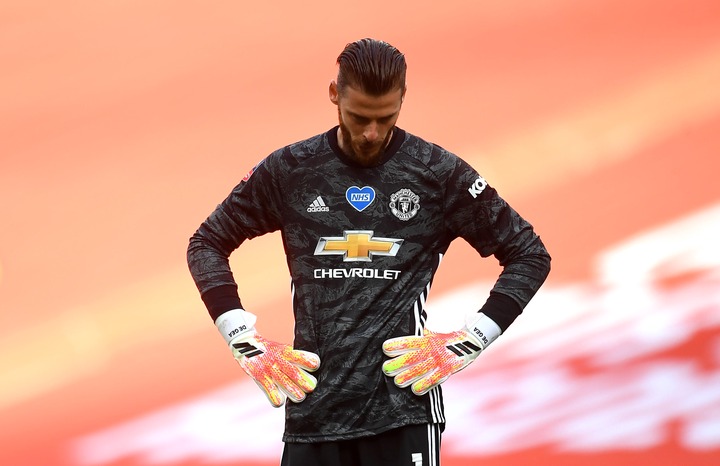 United defense was doing so well in holding off the Chelsea attacking trio, but it seemed like the goalkeeper was not interested in keeping his team in the competition. The first goal from Oliver was fired straight at him, and as a standard goalkeeper for a club as big as Manchester united, he was expected to act fast and with reflex but instead he let the ball get past him and into the back of net. 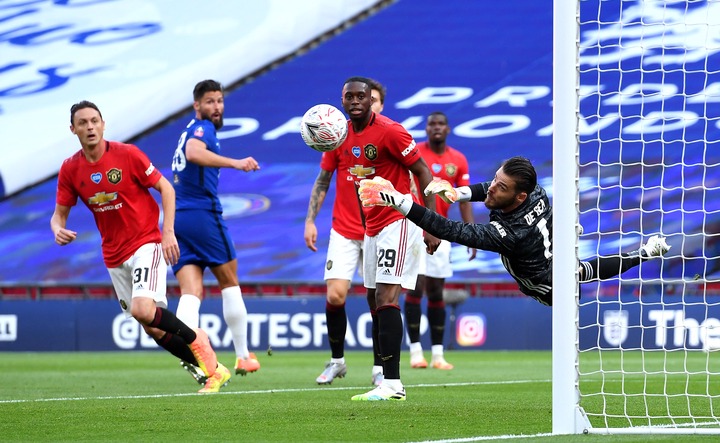 The second goal from Mason Mount just at the restart of the second half expresses again the dire situation of David De Gea's position as United's first choice goalkeeper. A lazy strike from Mount which is supposed to be an easy save for even an academy graduate goalkeeper was punched into the net by David De Gea, an unbelievable error. He is not for United and they should replace him immediately they have a chance to. Another player on the receiving end of criticism is Harry Maguire. The player scored an own goal and as well as his involvement in the injury of his teammate Eric Baily.

Maguire has not matched the expectation of United fans for their heavy spending on him, and it is disappointing for them to lose this important match to Frank Lampard's Chelsea.

United would now have to focus on beating West Ham next week to guarantee them a top four finish so they can play in the Champions League next season. A very bad and depressing game for the red devils.