Chelsea won the Premier League in 2010, after beating Wigan by 8 goals. It was the club's biggest win that season. Ancelloti tactically outclassed his opponent and won conveniently. This is the Chelsea squad that won the game and where they are. 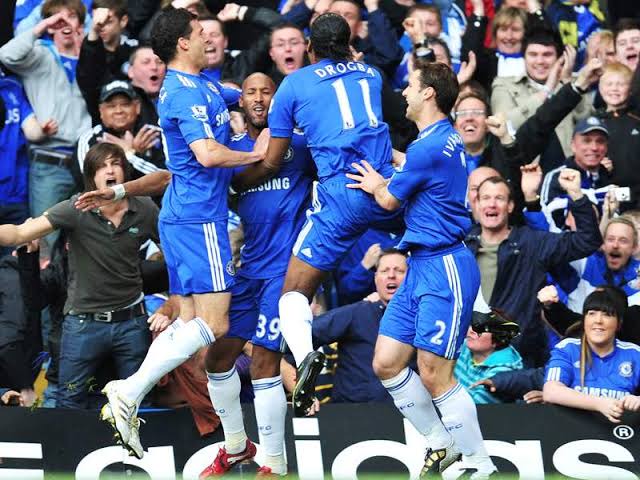 He is currently working with Chelsea as a technical director after he retired from Arsenal. One of the things he did for Chelsea was get Mendy for the club, whose performance has been rated world-class. Even though he had retired, he was named in the Chelsea premier league list.

Ivanovic has been released by West Brom. He is now a free agent and is looking for a new club. He is 37 years old and does not seem to be considering retirement.

He left the Aston Villa post as the assistant manager and is currently spending time with his family.

the left-back, left Chelsea to move to AS Roma. He also played for Derby in the championship. He is presently the assistant manager of England U-21 and also the manager of Chelsea U-16 in a dual role. In that game, he scored in the 90th minute.

He was sold to PSG by Villas-Boas. He failed to give enough playing time to the club. Since then, no more records about Alex have been known.

The former Chelsea manager is currently without a job and there are numerous teams who are looking for his services, but he does not want to rush into management. He is the club's all time highest goal scorer.

He was sacked from Zurich just two months into the job. Malouda found out that he was sacked from his Twitter account. During his stay at Chelsea, he was an intelligent winger who loved scoring goals.

After his retirement, he decided to move into broadcasting and become a sports pundit for some of the biggest sports channels like BBC Sport, Skysports, and many more.

He retired in 2015 after his tenure in the Indian League. He was appointed as sporting director of a club currently in the fourth tier of the French league. He was regarded as a Premier League record because he played for four different clubs in the league, like Chelsea, Manchester City, Bolton, and Arsenal.

He was recently seen with Marseille legends, and they played a charity match in which Drogba scored a hattrick. He is presently the owner of the Phoenix Club.

He is playing in the Brazilian league for Botafogo and he has scored 1 goal in 7 appearances for the club, it is a new season. He might score more than that.