Smith Rowe, Mendy and Iheanacho made match week 28 team of the week.

Matchweek kicked off at the St. James Park and ended at the Molineux stadium as Manchester City are still at the top of the Premier league table followed by Manchester United, Leicester City and Chelsea while Fulham, Westbrom and Sheffield United are currently held in the relegation zone. 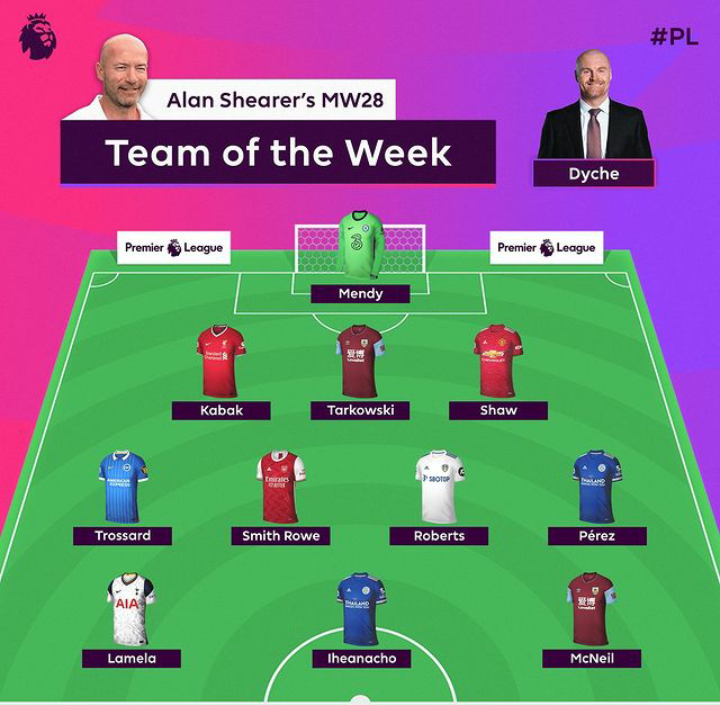 Edouard Mendy won the man of the match award after his impressive performance during Chelsea's 0-0 draw against Leeds United.

James Tarkowski, Luke Shaw and Ozan Kabak were picked after their impressive performance for the three-men central defence.

Arsenal's Emile Smith Rowe was picked after his performance in his first North London derby alongside Leeds United Tyler Roberts in the central midfield while Brighton's Leandro Trossard and Leicester City Ayoze Perez were selected for the right and left midfield spot.

Chelsea Will Go Unbeaten In Their Remaining Games This Season If Tuchel Switches To This Formation.

After Chelsea Failed To Defeat Brighton, See How The Premier League Table Changed