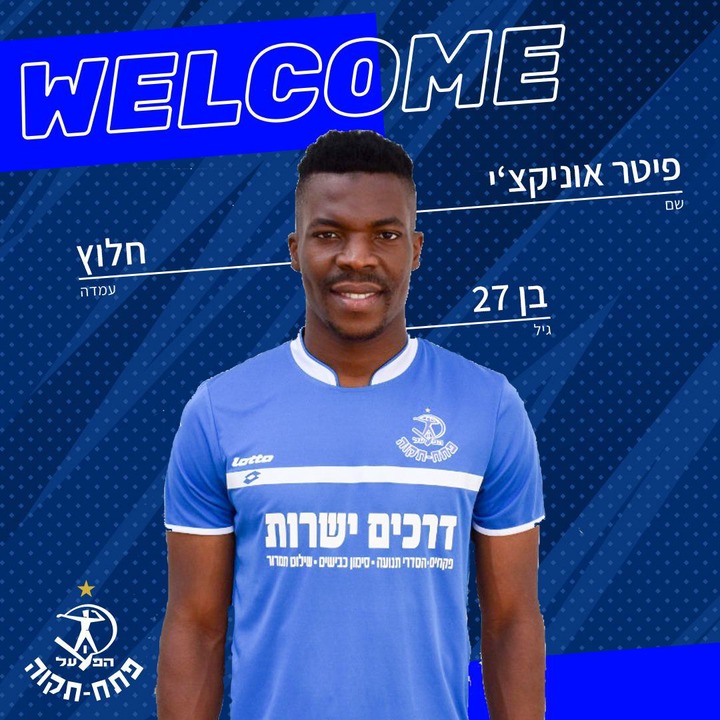 Onyekachi was formally unveiled by the club today after undergoing routine medicals and other formalities, a feat the Nigerian born center-forward announced to his fans via his official social media handles.

The bullish talisman had as memorable stint with Vietnamese topflight league outfit, Songlam Nghe, where he carved a niche for himself with handful of goals and assists to name.

Onyekachi signing the dotted lines for, Hapoel Petah Tikva, makes it his second journey in the Israeli league as he has formerly plied his trade with, Hapoel Kfar Saba, as his double digit goals helped promote the team into the Israeli topflight league.

Known for his bullish nature, overwhelming work rate and eye for goals, Onyekachi will be relied on for goals for his new side as they pursue their quest for a topflight league football at the end of the current season.