7 of The Most Intense Player Rivalries in Premier League History

Some of the most memorable Premier League stories have revolved on two players facing off. A single incident that sparked a raging hatred, or a long-running rivalry that has erupted into a personal vendetta. Wayne Bridge refused to shake John Terry's hand when the latter was discovered to be having an affair with his wife. Terry was stripped of his England captaincy, and the two haven't spoken since. These are the Premier League's seven most intense rivalries. 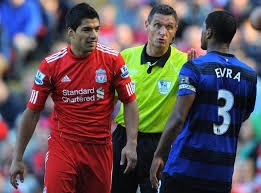 Suarez was found guilty of racially insulting Patrice Evra during a football match between Liverpool and Manchester United in 2011 and received a suspension as a result of his comments. The incident sparked animosity between the two, which persisted the following season when they refused to shake hands before their match at Old Trafford, when Evra was spotted celebrating United's triumph immediately in front of Suarez. Suarez also bit the arm of Branislav Ivanovic in a match between Liverpool and Chelsea in 2013. In the midst of a heated argument. Following a Manchester United triumph, Evra was photographed chewing on a fake arm, mimicking and mocking Suarez's wild behavior. 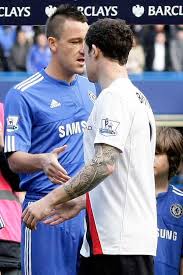 After years of playing for Chelsea and England alongside Wayne Bridge, it was revealed in the public that Chelsea captain John Terry had a four-month affair with the fiancée of his former team-mate and friend, Wayne Bridge. Bridge was later sold by Chelsea after quitting international football as a result of the controversy. When Manchester City played Chelsea in a league match, Bridge blatantly rejecting John Terry's handshake. 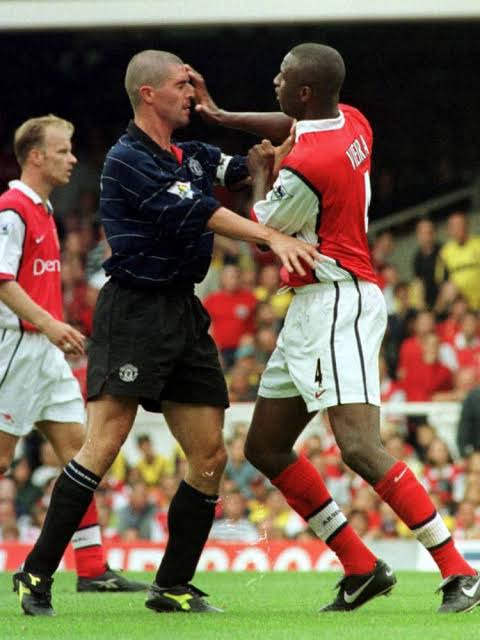 This is the gold standard. A clash that epitomized the typical Premier League club rivalry, if not all of English football. Arsenal and Manchester United were the two best teams in the Premier League then, led by two of the best players and managed by two of the best managers. From their fight in August 1999 to "I'll see you out there," Vieira's suggestion that Keane "excited" him rather than intimidated him in one of their many reminiscing sessions feels fitting. 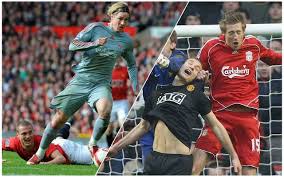 Torres, who is rightly regarded as one of the best strikers in the Premier League, got the better of Vidic on a few occasions, demonstrating just how excellent the striker was in his prime. Torres watched Vidic get sent off twice for fouls on the Spaniard while at Liverpool, the first in 2008 and the second just six months later. The pair came to blows again for the duration of their league careers, most memorably at Stamford Bridge in 2014.

5. Diego Costa and Almost Everyone. 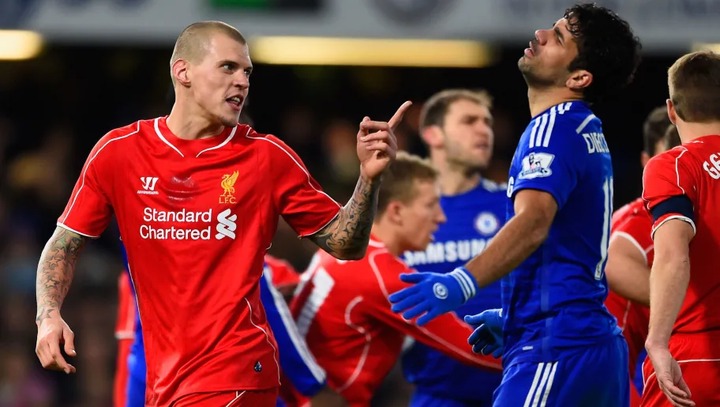 Close your eyes and make a list of every single player who has ever faced Costa. Congratulations, you've discovered someone with whom he has a beef. Skrtel, on the other hand, gets credit for being one of the few players who has stood up to the Spaniard's exhausting antics whenever possible. There were attempts to gouge out eyes, a slew of cheeky elbows to the ribs, back shoves, and legs left dangling and toes stepped on. To be honest, it was a rather compelling event that dominated the headlines before, during, and after the two came to blows. Two no-nonsense footballers provide top-notch entertainment. 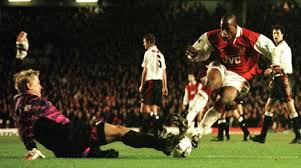 Despite being one of the best scorers in the Premier League, Ian Wright only managed to score once against Peter Schmeichel, in the 1993 Charity Shield game, which Man Utd won. Schmeichel was accused of racially abusing Wright in a 1996 league game, but the charges were dropped. Wright claims he "genuinely hated" Schmeichel. In 1997, Ian Wright landed a devastating two-footed lunge on the goalie that didn't even garner him a yellow card but would make you grimace if you saw it now. 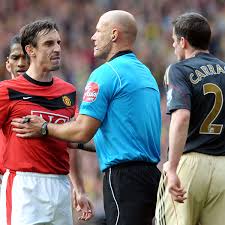 Another rivalry between Liverpool and Manchester United that looks weird given that Neville and Carragher are best friends and a slick duo act on Sky Sports' Premier League coverage. Both men wore their hearts on their sleeves and were devoted to their respective clubs as well as their mutual animosity. After Rio Ferdinand's last-minute victory in 2006, Neville infamously slandered Liverpool fans and rushed in front of the Liverpool fans to kiss the United crest. While they were both players, Carragher admits to loathing Neville, and both guys fueled the animosity between the two clubs. While they usually play at different sides of the field, if they ever had the chance to collide, they'd take advantage of it.