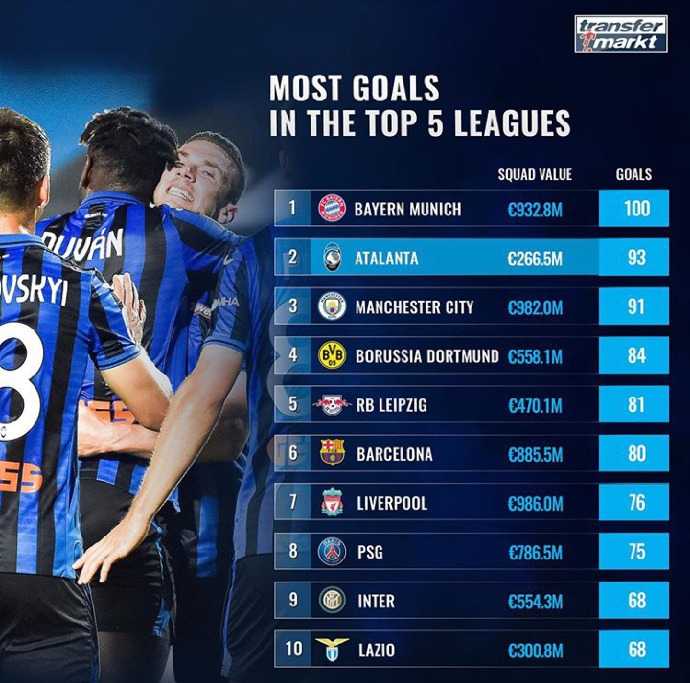 The European League 2019/20 season is gradually coming to an end. A list of top 10 European teams who scored the most goal in Europe's top 5 leagues have been made and Bayer Munich is currently on top. They scored 100 goals in Bundesliga this season.

Atlanta are the club that surprised everyone the most this season. The Italian club have been on top of their performance this season. They scored an impressive 93 goals in serie A this season, they are likely to overtake Bayern Munich before the Serie A season Comes to an end. Manchester city are third on the list, have scored 91 goals and look forward to finishing first or second. Borrusia Dortmund impressed this season, with the addition of Erling Haaland, they scored 84 goals in Bundesliga this season.