The Stinking Armband at the Emirates (Arsenal)

A professional football club based in Islington, London, England; they’ve gone on to record memorable feats in the beautiful game. 13 League titles, a record 13 FA Cups, 2 League Cups, 15 FA Community Shields, 1 League Centenary Trophy, 1 UEFA Cup Winners' Cup and 1 Inter-Cities Fairs Cup. In all of these successes, there have been leaders - in footballing term - captains; Men who in every fixture led players onto the pitch for battle. The first documented in the club's history to do so was David Danskin - a Scottish mechanical engineer and footballer. He was a principal founding member of Dial Square F.C., later renamed Royal Arsenal, and the team that is today known as Arsenal. This is the story of Arsenal Football Club and the stinking armband at the Emirates.

Since Danskin in 1886, the Gunners have had numerous captains; Tom Parker the first to lead them to a first division title, Frank McLintock - aided European glory for Arsenal in the European Fairs Cup; Tony Adams was an embodiment of leadership, little wonder his immediate replacement Patrick Vieira took the baton to a level none has since matched, as he led the team to premier league triumph in the 2003-04 season without a single defeat – the first team ever to do so in a 38-game league season and the second team overall (the first was Preston North End in 1889, 115 years earlier, during a 22-game league season). 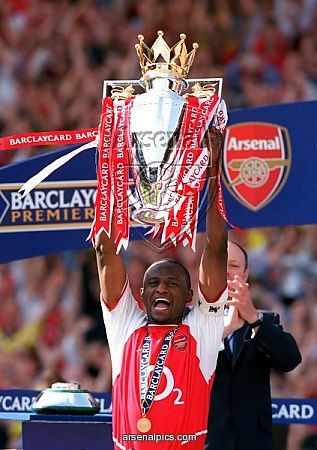 After the invincible campaign, and Thierry Henry's two-season-reign, the captain armband began to stink, a sour stench which made most of his successors feel not at ease.

The first was William Gallas who in 2008 got stripped of the captaincy following his verbal attack on his team-mates. It was widely reported by the media afterward that the Frenchman also threatened to score an own-goal if not allowed to leave the team. Public statements made by now deceased Arsenal Chairman Peter Hill-Wood suggested that the club felt that the contractual demands made by Gallas were unreasonable and not made in good faith. It was reported that such demands included an £80,000-a-week paycheque over a two-year period. His transfer to Tottenham Hotspur was confirmed on 22 August 2010. Next was Cesc Fabregas, the sensation from Arenys de Mar, Spain, who went on to make 212 appearances laced with 35 goals. His captaincy tale on the surface wasn't as 'evil' as his predecessor, but yet, the fans refuse to forget. His seven-year at Arsenal with three seasons as capitán ended after he personally informed then manager Arsene Wenger that he wanted to rejoin Barcelona. This followed a report by a radio station in Spain that the Fabregas and Barca had reached a verbal agreement. 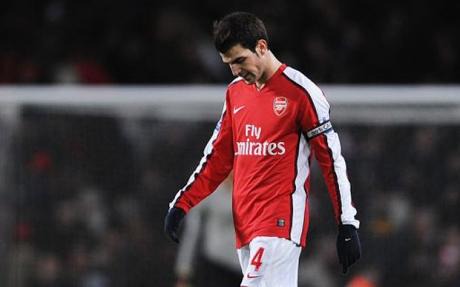 Robin Van Persie took lead, most expected loyalty from the Flying Dutchman, but in return, betrayal - as the dream he had as a child made manifest. He left for Manchester United in 2012 for £24m. A four-year deal that gifted him a league title and goals only best imagined. “I personally have had a great season but my goal has been to win trophies with the team and to bring the club back to its glory days. I’ve thought long and hard about it, but I have decided not to extend my contract. You guys, the fans, have of course the right to disagree with my view and decision and I will always respect your opinions.” – Robin van Persie's original statement publicized. As expected the 'hate' from the Arsenal fans was loud, what he couldn’t gift them, he won on his first try at United. Thomas Vermaelen, Mikel Arteta, and Per Mertesacker refused be mentioned as those who felt uneasy with the armband. Fewer controversies surrounded their reigns as captains until...Laurent Koscielny who threatened to leave the Emirates if the club doesn’t show more ambition. As expected, the fans came in heavy; unprintable words were used on social media platforms to berate the Tulle born defender who prior to his remark had spent almost a decade at Arsenal. If threatening to leave wasn't enough reason for the fans to vent, his controversial unveiling - where he angrily took off an Arsenal shirt, to reveal with smiles underneath the Navy blue-and- Whites of his new team Girondins de Bordeaux, washed whatever legacy he had at the emirates. 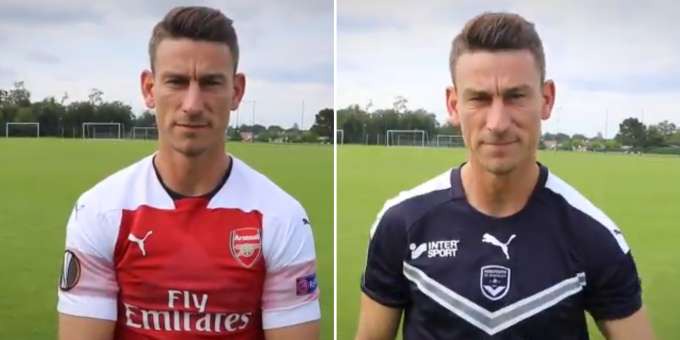 The new Sheriff, Unai Emery only in September 2019, made official Granit Xhaka as Arsenal's permanent captain after the Swiss professional footballer won a players' vote for their preferred skipper. Fast-forward, October 27, 2019, the Basel born midfielder looks like one who would join the captain exodus at the emirates following his reactions towards jeers and boos by fans during Arsenal's 2-2 draw against Crystal Palace in the premier league. Lip readers believe they caught the captain using swear words as he walked off the pitch and stormed down the tunnel, taking off his shirt in the process. Post-match reactions were heavily against Xhaka, as his coach hinted he could lose the Arsenal captaincy after the meltdown.

Dr. Kelechi Anyikude is an Arsenal Fan, known globally for his partisan views about the London team. I sought his opinion on the latest incident at the Emirates as there seem to be a stench with the armband in recent years. These were his words... "I was at the stadium, it all started with sarcastic applause. I know that Xahka isn't a fan favorite, but I am one, who believes regardless of performance, support your players. The fans were wrong to boo him." 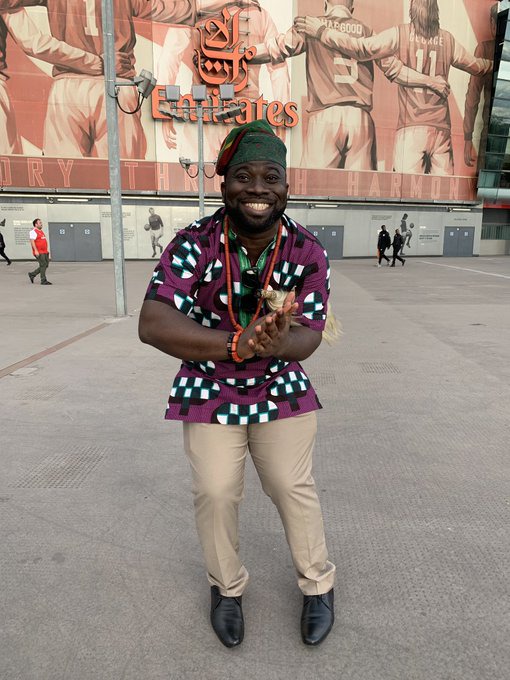 On Xhaka, kelechi says "I am not a fan of players walking off the pitch when your team isn't winning. But Xhaka is human, and he reacted likewise. But his reaction was out of order."

As regards the player losing the captain armband as insinuated by the manager, the Unofficial Nigerian Ambassador'believes the Emery isn't a man manager "Unai is not a man manager, and he berates his players every time. I don't think it was right for him stating it in public, I don't think he's giving the player any protection."

How fans expect players to stay dedicated to the club's cause after such a hostile reception is befuddling. If you cut the players, they would bleed; nothing superhuman about them, not even those privileged to be named captain. However you view the glass, fans are as important to a football club as the players. In their passion, fairness must be the watchword, even as the players chosen to lead as captains are aware that with the armband comes great responsibility.