Wolverhampton came back from 2-0 down to defeat Aston Villa 3-2, Brighton, Norwich played out a goalless draw and Southampton recorded their first league win of the season with a 1-0 win over Leeds United. 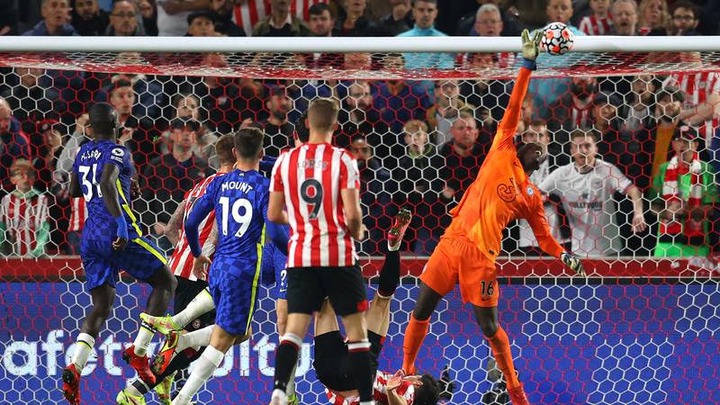 The Senegalese was in superb form to help Chelsea escape Brentford with all three points. Mendy made six vital saves in the game as Chelsea a 1-0 win. He has now made 20 clean sheets in 38 matches with only Cech, Reina & Alisson keeping 20 clean sheets in fewer matches

Salisu impressed for Southampton as they secured their first win of the season with a 1-0 win over Leeds United. The Ghanaian made 7 recoveries, 3 interceptions, 2 successful tackles, 2 successful dribbles and won 8 duels. 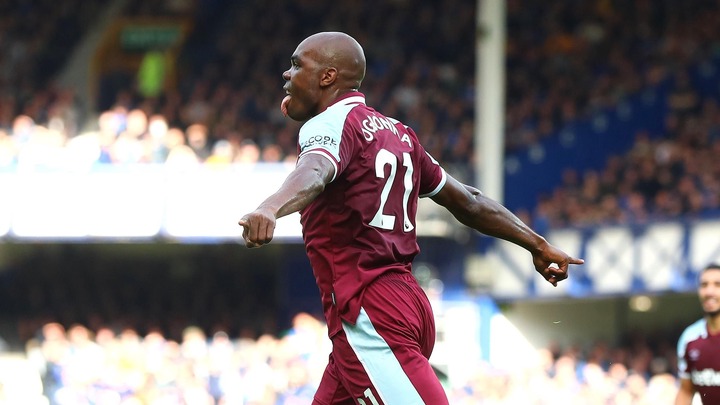 The Italian put in a solid performance to help West Ham record successive victory over Everton fot the first time since 1930. He made 4 ball recoveries, 1 interception and scored the only goal of the game after heading in Jarrod Bowen’s corner. 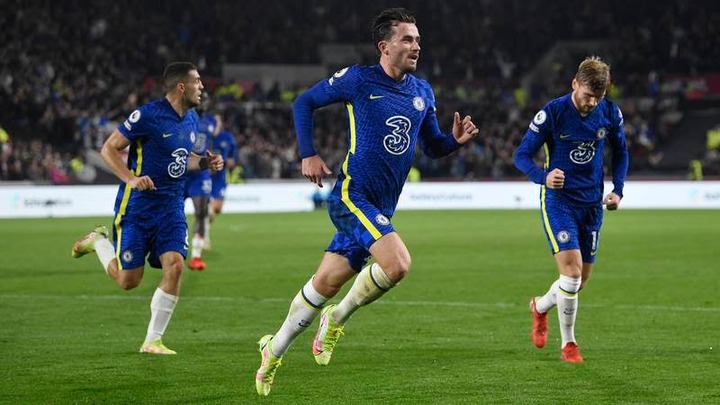 Chilwell scored the only goal of the match as Chelsea secure a 1-0 victory over a spirited Brentford side, it was his third goal in his last three matches for both club and country. 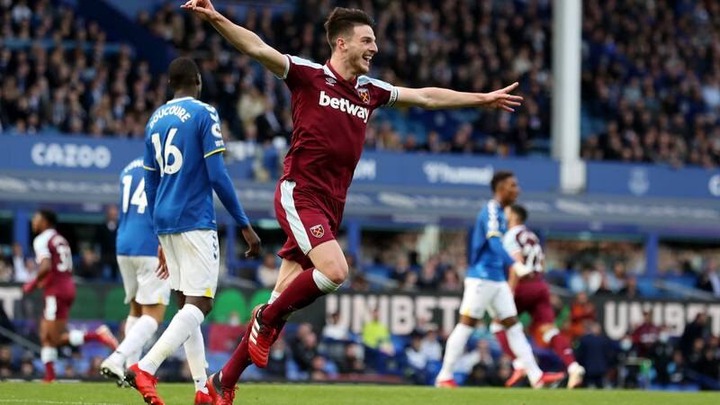 Declan Rice was at his solid best for West Ham as they secure a 1-0 away win at Everton. He anchored the defense effectively making 10 ball recoveries, 2 interceptions, 3 successful dribbles, 2 aerial duels won, 2 chances created and 5 duels won. 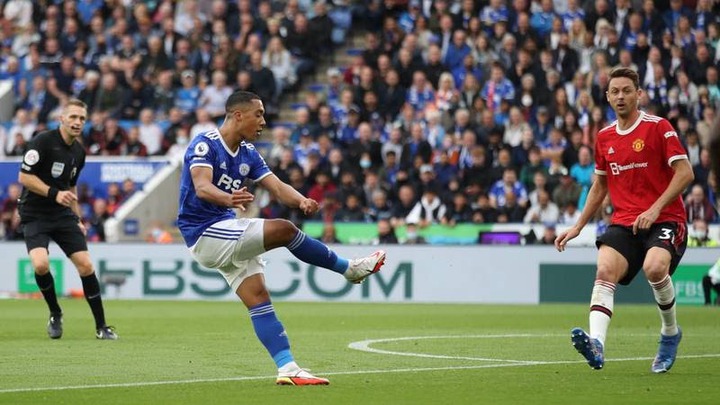 Youri Tielemans was the best player on the pitch as Leicester secured a 4-2 win. The Belgian created 2 chances, 7 ball recoveries, 3 successful dribbles, 1 successful tackle, and 5 duels won. He also scored a beautiful goal in the first half from Kelechi Iheanacho pass. 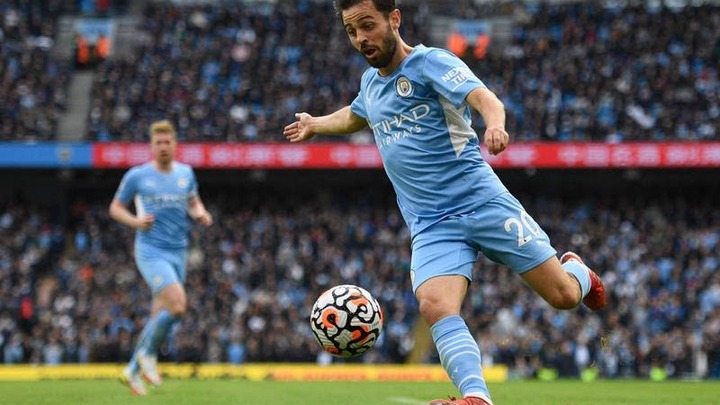 The Portuguese international continues his solid start to the season with an impressive performance against Burnley. He scored the opener from a rebound after Phil Foden initial effort was saved by Nick Pope. 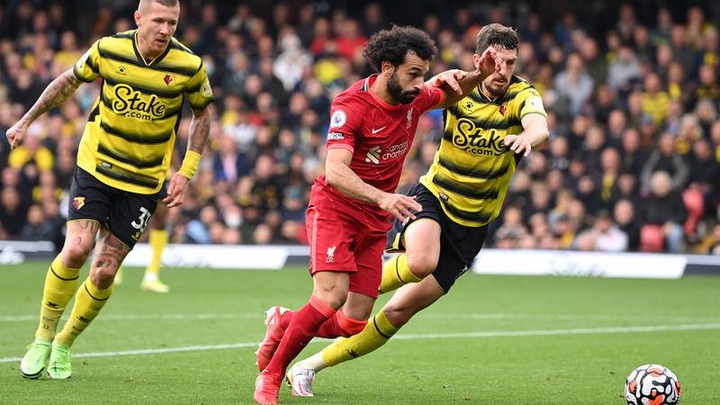 Salah solid start to the season continues with another impressive start against Watford. The Egyptian assisted Sadio Mane goal for the opening goal before scoring a beautiful goal in the second half, he has now scored in eight consecutive matches for Liverpool. 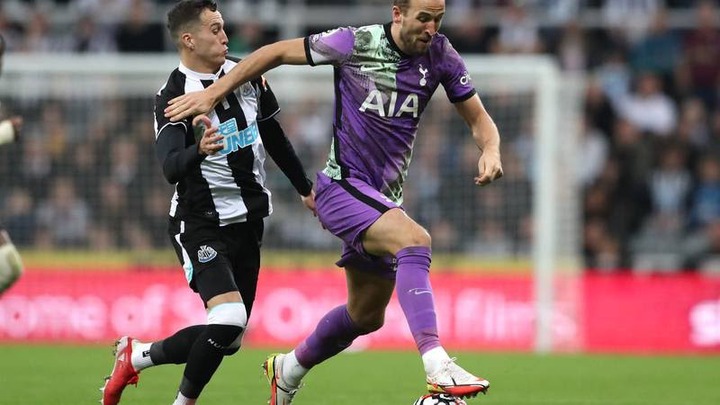 Kane finally got on the scoring sheet with a perfectly taken goal against Newcastle United. The England international also assisted Heung-Min Son goal with a through pass. 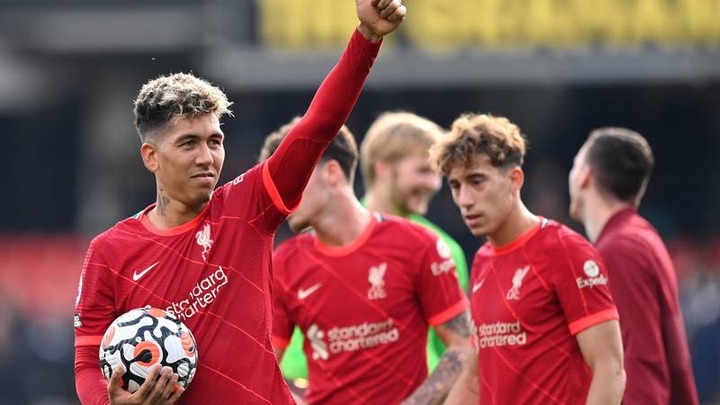 Roberto Firmino put in an impressive performance against Watford, the Brazilian scored a hat-trick in the match and also supplied the assist for Mohamed Salah goal. He created 4 chances, made 9 recoveries, 1 successful tackle, and completed 3 successful dribbles. 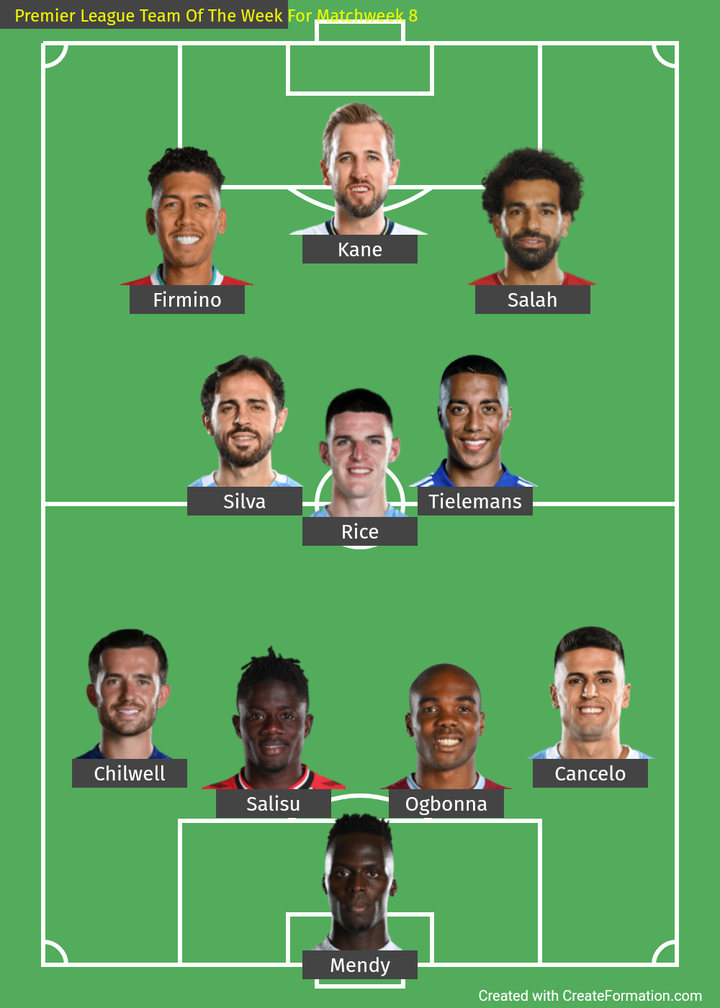